From Warhol and Wilco to van Gogh and Inge 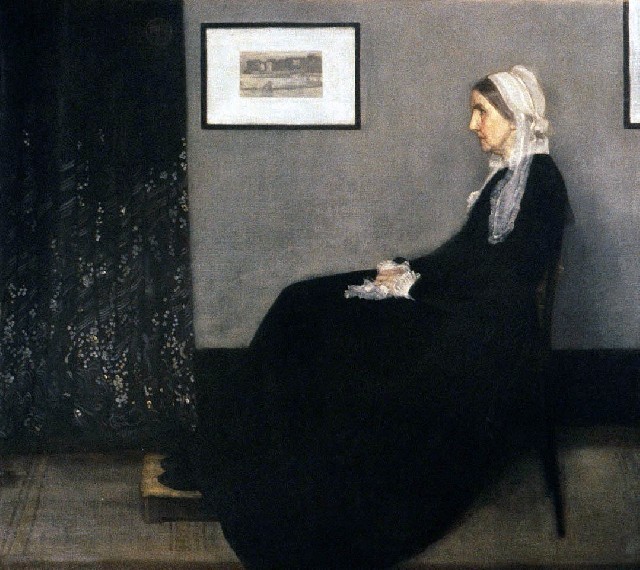 Whistler’s Mother will spend the summer at the Clark Art Institute. 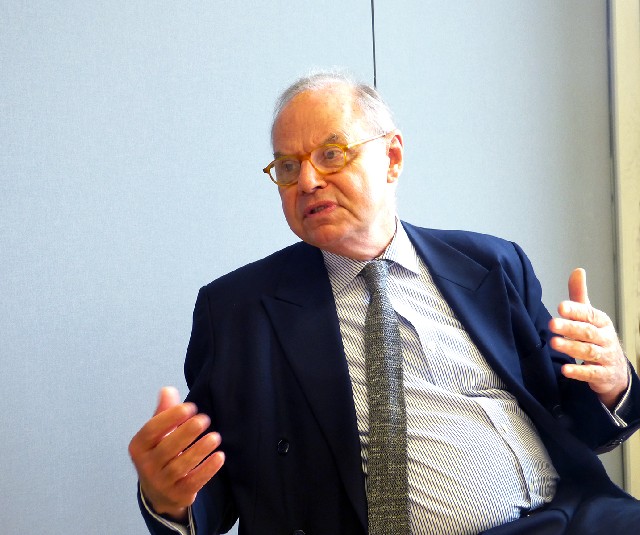 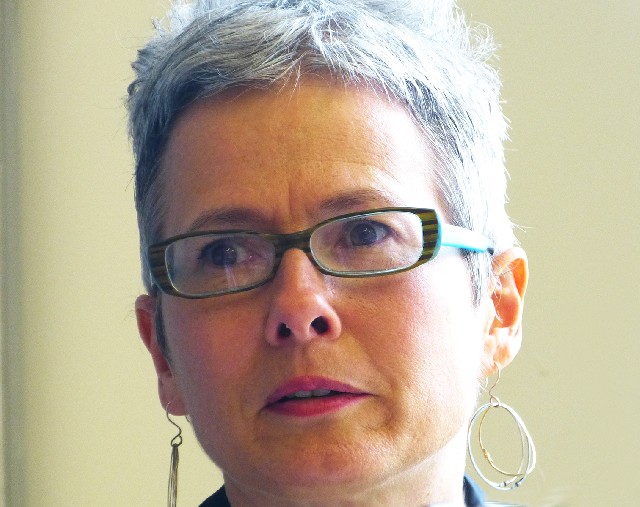 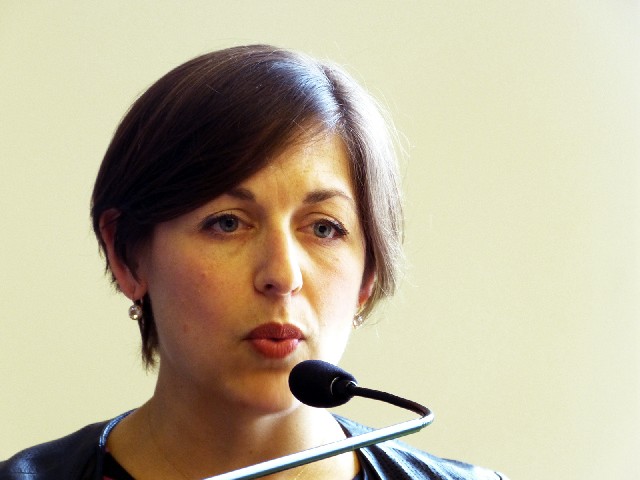 Mandy Greenfield is the new artistic director of the Williamstown Theatre Festival. 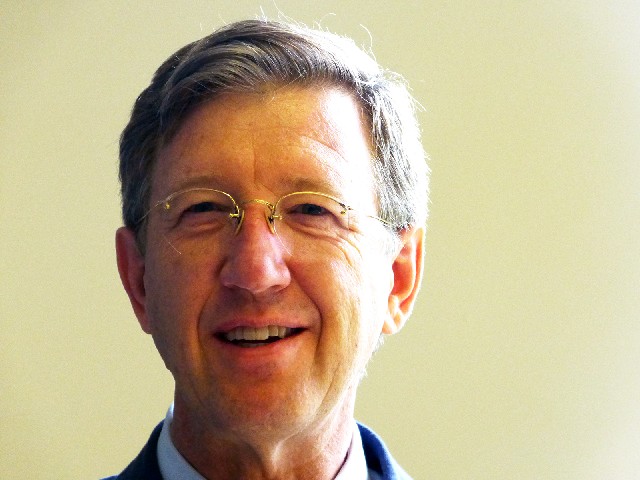 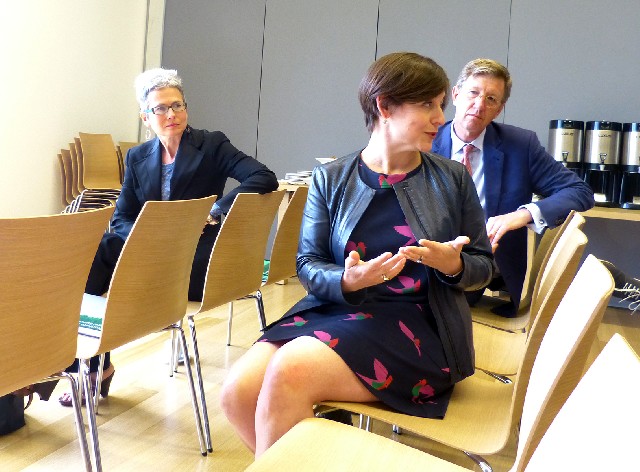 Informal interaction with the media. 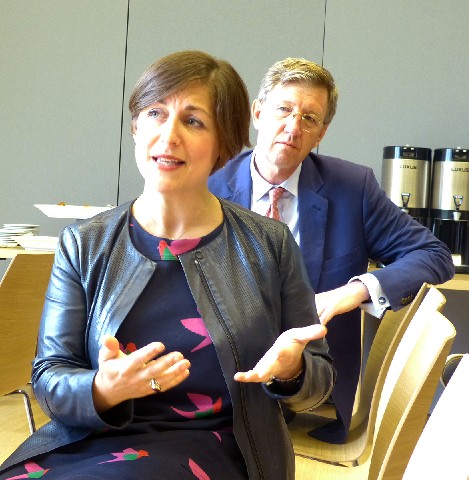 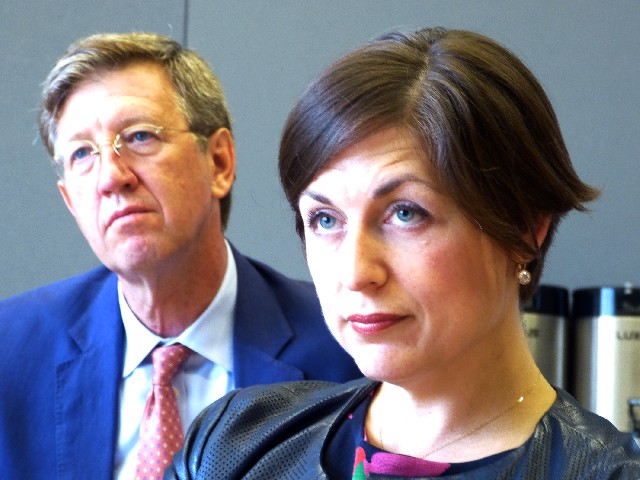 Putting their heads together to promote the arts community.

Michael Conforti, now in his final weeks as director of the Clark Art Institute, hosted a breakfast meeting with the media to tout what is shaping up as a blockbuster arts and tourism season for Northern Berkshire County.

He started by announcing "Van Gogh and Nature" which opens on June 14 and runs through September 13. Considering that the Dutch Master is the gold standard for museum exhibitions it is anticipated that visitation to the newly designed, award winning Tadao Ando campus will push the Clark to the limit.

"Van Gogh is probably the most popular of the great artists," Conforti said. "This will be a thoughtful show about his relationship with nature — how nature inspired him as he was going through the last years of his life...I'm amazed at what they (the curators) were able to put together."

Also the iconic "Whistler's Mother," one of only two American paintings acquired by the Louvre the other is by Winslow Homer, is coming to the Clark. Williams College Museum of Art will also feature a series of small, late, sketchy and often unfinished paintings by the 19th century American Master.

Unfortunately, this Whistler programming comes a season after Darren Waterston's improvisation on his "Peacock Room." The installation "Uncertain Beauty" which premiered at MoCA is now on view in D.C. where the original is a part of the Freer Gallery collection.

Noting a theme that would be echoed by the museum and theatre directors who followed him at the podium, the Clark will expand its food and beverage services including setting up bars for cocktail hours on its popular terraces.

While noting that van Gogh is a good draw, Joe Thompson, director of Mass MoCA, quoting the Boston Globe, stated that its exhibition " Jim Shaw: Entertaining Doubts" on view through January 2016, is the "must see" show of the Berkshire season.

Particularly with the curmudgeonly Conforti hosting an event there is always playful banter in lively exchanges between presenters and the media.

Showcasing its summer blockbuster "Warhol by the Book," which is on view through August 16, Tina Olsen, the director of the Williams College Museum of Art mostly stuck to the script. After viewing the remarkable exhibition later in the day we met with Olsen to discuss Warhol in depth.

We learned that WCMA has depth in Warhol's publications and graphics. The unique exhibition, the first to focus on this aspect of the oeuvre, was only possible by collaboration with the Warhol Museum in Pittsburgh. It will travel there as well as to the Morgan Library in New York.

In addition to three remarkable museums there is the venerable Williamstown Theatre Festival. There was a lively presentation by Mandy Greenfield who has programmed her first season for the festival. Following up, what else, we met for cocktails at Hops and Vines for what promises to be a sensational, star studded season.

In particular we discussed the "discovery" of "Off the Main Road" by William Inge (June 30 to July 19). It is having its world premiere directed by Evan Cabnet and starring the always intriguing Kyra Sedgwick making her WTF debut.

Last summer WTF featured opera star Renee Fleming in a production now on Broadway. This summer will present Audra McDonald in O'Neill's "A Moon for the Misbegotten."

I playfully suggested to Greenfield an ad campaign "Come to WTF and see the divas up close." McDonald has previously performed for WTF.

Not represented in the presentation, which focused on the summer season, in October there is the annual Williamstown Film Festival which is presented at Images in Williamstown as well as at Mass MoCA. In the past there has also been programming at the Clark.

Not included in the press conference were the Rudd Museum of Art, Downstreet, and Eclipse Mill Gallery which offer diverse fine arts programming in North Adams. There should have been broader emphasis on how the arts community spawned by MoCA is struggling to survive. Activists are vocal about how not enough is being done to support grass roots efforts. Not being invited to or even mentioned in a Northern Berkshires media event is an emphatic and egregious case in point.

Arguments have been made that MoCA needs to expand its programming into downtown North Adams. There have been token and sporadic efforts but nothing of substance. Much can be done in the approach of popup galleries, site specific works and public art. This would create a breadcrumb trail leading MoCA visitors from its campus into the moribund downtown and stagnant business environment.

With an abundance of riches in high season, as Joe Thompson discussed, it creates a boom and bust conundrum for the arts and tourism based economy. For two months of the year, July and August, hotels and restaurants are flat out. There is a need to make their nut in order to sustain through the tough winter months. Need we remind you that this past winter was one of the worst on record. A bright note is that it was a great year for the ski industry with visitors brushing into the Northern Berkshires.

With the expansion of the Clark, blockbuster shows in three museums and great programming for WTF, there has been a dramatic paradigm shift for Northern Berkshire County.

South County, which is an hour closer to New York and near the Mass Pike, has been the traditional focus for cultural tourism. Programming at Tanglewood in Lenox can make or break the season for the hospitality industry. In a response to the pressure for beds there will be a new hotel on North Street in Pittsfield and other projects are in varying states of development.

In rural Becket Jacob's Pillow Dance Festival always runs near to capacity. It is one of the nation's most renowned presenters of cutting edge dance. Pillow has also created stunning programming in partnership with Mass MoCA.

There are four major theatre companies in the Berkshires. Remarkably, this year WTF has two productions "The Visit" and "Elephant Man" competing for Tony Awards. Barrington Stage Company is also in the Tony race with its production of "On the Town."

This will be a wait and see season for Shakespeare & Company in Lenox which has endured the departure of two artistic directors and the shakeup of its board of directors.

The widely admired Tony Simotes is credited with being a significant factor in saving S&Co. from financial collapse. For reasons that remain muddled, including inept reporting in the New York Times, he was ousted. Brilliantly, Tony was snatched up as second in command by Kate Maguire of Berkshire Theatre Group. With the hiring of Simotes the stock of that company, with the Colonial Theatre in Pittsfield and a second campus of theaters in Stockbridge, has soared.

Traditionally, visitors to the Berkshires focused on cultural events and hospitality with Lenox as its locus. As Thompson discussed that is changing. Increasingly, visitors to Northern Berkshires with a lot to take in are staying over one or two nights. He ran the math of what that means in dollars and jobs for the local economy.

He also emphasized the need to extend the shoulder seasons in order to encourage growth and retention of the hospitality industry.

That doesn't apply to key aspects of the cultural equation. By definition Tanglewood, Jacob's Pillow, and WTF are strictly seasonal organizations. The museums, including Berkshire Museum and Norman Rockwell Museum, as well as the ones previously discussed, are doing more in the off season. This is also true for Barrington Stage, S&Co., and BTG which are now to varying degrees offering year round programming.

During the academic year there is always something going on- lectures, concerts, performances- at Williams College and MCLA in North Adams.

A signifier of change is Wilco's Solid Sound Music and Arts Festival (June 26 to 28). With an anticipated 9,000 attendees per day once again North Adams will be busting at the seams. With hotels sold out the museum has appealed to local residents for housing and the city has opened up camp grounds. Primarily, Wilco fans stay on campus with food and beverage services. So the impact on bars and restaurants in North Adams has been mixed at best.

MoCA hosts two other festivals; Bang on the Can (July 15 through August 1) and Freshgrass (September 18-20).

In addition to a full slate of changing exhibitions in its gallery this will be the second season for MoCA's Anselm Kiefer building as well as the ongoing display of works by Sol LeWitt. The museum is initiating a final phase of building out its 12 acre campus with a dramatic increase of space for long term installations.

With so much going on don't miss out on the fun. Make reservations and ticket purchases ASAP. It's going to be a truly awesome season and many events are selling out. Act now. Operators are standing by. Be there or be square.