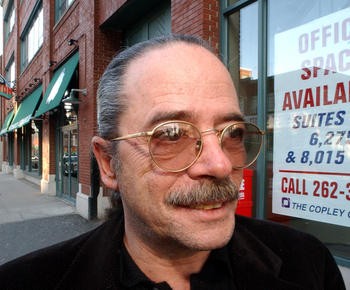 The Boston Phoenix announced yesterday that it is shutting down.

Its sister papers, The Portland Phoenix in Maine and The Providence Phoenix in Rhode Island, will remain open, the company said.

The financial troubles of print media in general caused the publication to switch from print to a glossy, magazine format just six months ago. But that last ditch reorganization did not generate new revenue or cut losses.

“We are a textbook example of sweeping marketplace change,” said Peter Kadzis, the paper’s executive editor in a statement. “Our recent switch to a magazine format met with applause from readers and local advertisers. Not so — with a few exceptions — national advertisers. It was the long-term decline of national advertising dollars that made the Boston Phoenix economically unviable.

“Keeping the Phoenix afloat was costing (publisher) Stephen Mindich more than $1 million a year,” Kadzis calculated. “He’s performed an incredible service to the community, and I don’t think most of the employees here realize how committed he’s been to keeping the paper going.”

In a statement to employees Mindich said “ I am extremely proud, as all of you should be, of the highest standards of journalism we have set and maintained throughout the decades in all of our areas of coverage and the important role we have played in driving political and socially progressive and responsible agendas; in covering the worlds of arts and entertainment, food, and fashion, always with a critical view, while at the same time promoting their enormous importance in maintaining a healthy society; and in advocating for the recognition and acceptance of a wide range of lifestyles that are so valuable for a vibrant society.”

In 1966 Mindich, a journalism graduate from Boston University, started as the drama critic for Boston After Dark a listings and weekly entertainment guide initiated by Jim Lewis. It was a tip sheet for students of the Harvard Business School. With seed money from his first wife’s family Mindich bought into the business.

It was the era of political and cultural turmoil which launched the underground press movement. Boston spawned a number of notable alternative weeklies: The Avatar, Old Mole, Le Chronique, Broadside/ Free Press, The Cambridge Phoenix, The Real Paper.

During the summer of 1968, with David Wilson as editor, we struggled to publish The Avatar. In the fall Wilson decided to return full time to his music publication Broadside. That left me unemployed. From Avatar I earned a meager living selling the paper for a quarter in Harvard Square.

With a portfolio of issues, including covers I had designed, I managed to be hired as the design director of Boston After Dark. Also I launched a column of reviews Art Bag. Previously Deak Rossell, the film critic, had covered fine arts. The theatre critic, still active in Boston with his own blog, was Larry Stark. My Justice editor at Brandeis, Arnie Reisman, was editing the paper.

There were late nights on Friday as the paper was put to bed. Both Mindich and Lewis scrambled to generate ads. On Saturday we read proof at Misty’s.

It was soon apparent that I was in over my head. Sacked as designer I stayed on as art critic. When a job opened up I left to join The Boston Herald Traveler as its jazz and rock critic.

Before that, however, Lewis and Mindich split. Lewis continued for a time with Boston After dark while Mindich briefly published Public Occurrences (named for a Colonial era Boston paper).

During a meeting with Mindich and those trying to start a new publication I noted that there were riots going on and nobody was covering them. It was time for Boston After Dark to expand from its safe position as an arts and entertainment publication.

Eventually that did happen once that Mindich bought out Lewis.

Later he acquired the rival Cambridge Phoenix. It didn’t come with much more than a name which morphed into the Boston Phoenix. The Cambridge journalists reformed as a quasi cooperative as The Real Paper which folded after considerable effort.

When the smoke cleared, ironically, Mindich was the last man standing presiding over what was left of the alternative or underground press. Not that he particularly cared about leftist politics. He was interested in the bottom line and for decades The Phoenix represented an expanding media empire.

His only revolutionary commitment was running sex related ads which generated a lot of revenue. Sex sells.

Since the 1960s a remarkable number of critics and journalists evolved through Boston After Dark and the Boston Phoenix. It is a formidable legacy. In addition to consistently superb arts writing its political coverage put consistent pressure on The Globe and what’s left of The Herald.

The past twenty years represents the steady decline of the once vibrant Boston media community. What’s left is weak tea compared to what was once a stronger brew.

I stopped reading or caring about The Boston Phoenix ages ago. But news of its demise leaves me with a lump in my throat and a hole in my heart.

The mythical bird which once flew so high has yet again crashed and burned.