What’s on Netflix and Amazon. 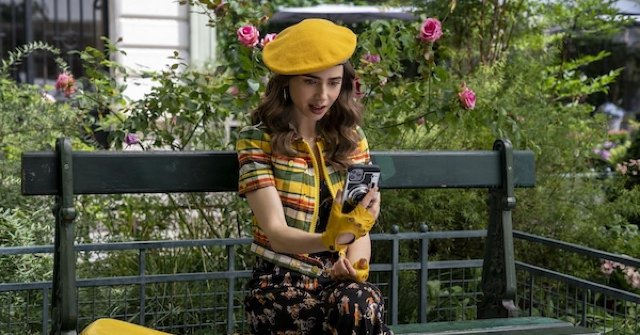 By default I watch more Netflix and Amazon than I should.

That’s slotted between a regimen of five sets of exercises.

The first each morning entails upper body lifts with three pound weights and numerous reps. After which I calculate whether my biceps, impressive for an octogenarian, are more massive than the day before.

During that routine I watch something on my desktop, usually a South Korean action film. I get away with it because generally Astrid is still sleeping. Sometimes I get roped in watching the whole thing in fits and starts during the day. More often they are series that drag on forever igniting now and then with martial arts sequences when the protagonist chops up swarms of thugs.

Generally good reviews had me watch Harder They Fall a Western with an all black cast. The central character was the fine British actor Idris Elba. He was stunning as the rough detective Luther who earned him an American following.

His work is always wonderful but this film felt like he signed on for the loot. Not that one can blame him for cashing in on perceived box office appeal. We are all too familiar with superb actors selling out with films presenting few if any challenges.

Pushing the trope to the max his gang terrorizes an all black town. There is a subplot when a rival gang earns ransom money by robbing a bank in a white town. Almost comically the set and lighting virtually bleach the screen. It's the whitest town you have ever seen which is played for grim laughs.

After dinner we hunker down and it is my task to curate generally non violent films that we will both enjoy. That includes detective and procedurals from PBS. In Vera, Midsomer Murders and Father Brown, generally the killing gets done succinctly with a minimum of graphic gore and then the case is cleverly solved.

By now we have seen all the episodes as well as repeats. I like Vera but can never stay awake. After which, in remarkable detail, Astrid tells me what I snoozed through. Her marvelous recaps, with witty asides, are often more engaging than the show itself.

We loved Benedict Cumberbatch in The Electrical Life of Louis Wain on Prime Video. It is the actor at his whimsical, quirky, eccentric best playing a period artist, a true story, who illustrated cats. He was later confined to a mental asylum but continued to paint. I went on line to look at images. His late work preempted the psychedelic art of the 1960s.

The film deserves more attention but it is overshadowed by his Oscar bound, gritty, closeted performance as a cattle rancher in the Jane Campion understated masterpiece The Power of the Dog. Critics are unanimous that it is a career benchmark for a remarkably gifted actor. He and Campion are a lock for the awards season with likely nods for supporting actors.

In the best of all possible worlds I would love to see him with nominations for both performances. We should not underestimate his legerdemain as Louis Wain which was, as is usual for him, just astonishing.

The elitist NYT trashed the second Netflix season of  Emily in Paris. The critic, a resident of the City of Lights,  took a snotty, smug approach to encroachment on his beloved city. But that’s the point of this soufflé of comic confection. Emily is on a year’s assignment from her Chicago based marketing firm to their French subsidiary.

Emily, just a slip of a thing is a wire hanger to drape with outlandish couture. In season one she quickly dropped the BF back home and fought for respect in the mélange and cacophony of gay office politics. Her BFF and roommate is a slumming Chinese heiress and Zipper Princess. Who happens to have a gorgeous voice and oodles of talent.

Admittedly, there is no heavy lifting but je t’adore Emily. Be still dear heart. We binged on season two and anticipate the next one.

Generally we watched Emily after riveting, difficult episodes of  Margaret Qualley in Maid. She is escaping her abusive husband and trying to establish a means of support and shelter to care for her three-year-old daughter. The struggle is palpable and heart wrenching while vividly all too graphically true for millions of young mothers. The writing is brilliant and this is another show destined for buckets of awards.

Helen Merrin, a bankable star, suckered me into watching the marginal and clichéd Eye in the Sky. She is the officer in charge of a drone attack on a compound of Somali terrorists. In addition to two prime terrorists it is discovered that there are two suicide bombers being prepared for attacks on civilians. One is American and the other a British female terrorist whom Merrin has been tracking for six years.

The plan is to capture the British woman and bring her home to face justice. But as the mission develops in hostile territory that's not possible. Plan B is annihilation which has to be approved upstairs. That entails protocols between two governments for a bombing in a nation with which neither the U.K. or U.S.A. is at war. There is the further issue of collateral damage and assessment of civilian casualty. To wit a young girl selling bread next to the targeted compound. It all plays out in a predictable manner. Why did I bother watching?

Last night we got suckered into watching the star studded cast of a stutter-step science fiction thriller/comedy Don’t Look Up. A past his prime, frumpy, Leonardo DiCaprio is an astronomer whose PhD candidate associate, Jennifer Lawrence, identifies an enormous comet, a planet killer, on a collision course with earth.

This is not the sizzling and sensual Lawrence of Hunger Games. Here she is presented as a plain Jane, brainy grad student. They give her a drab costume and generic haircut with bangs. It's made to look like she cuts it herself. I never thought I would find her so ordinary.

After waiting all day outside the Oval Office they are sold snacks by a general which are in fact free. The significance of this is milked absurdly. That’s when it starts to be apparent that things aren’t going well.

The President, Meryl Streep, and her Chief of Staff, give them a few minutes to pitch their apocalyptic prognosis. In arguably the worst performance of her career Streep is over the top as a smarmy, wacko politician.

Lots of other stars, including the masterful Mark Rylance, are folded into this doomsday tale that just ends with a thud. We sat through two and a half enervating hours. It was fun to catch about fifteen seconds and two lines from Annette Miller of Shakespeare & Company.

More often than not it seems that a star studded cast is recruited to sell a dog of a script. The more Oscar winning stars on the marquee the worse the film. This was a real bow wow. Woof.

Being the Ricardos,  written and directed by Aaron Sorkin, examines the relationship between I Love Lucy stars Lucille Ball and Desi Arnaz. Nicole Kidman and Javier Bardem star as Ball and Arnaz, with J. K. Simmons and Nina Arianda as TV partners (Ethel) Vivian Vance and (Fred) William Frawley.

Kidman is superb as Ball but Bardem is miscast as her Cuban, philandering, band leader husband. Arnaz was light and comical as an ersatz Latino Eddy Fisher. Bardem has chops as a musican and bandleader but is better at playing tough guys and gangsters. He was too heavy for the role.  Simmons and Ariadna are superb veterans in supporting roles.

There is an off kilter device as Sorkin relays the backstory as an ersatz documentary. That contrivance is a labored dud and slows down the flow of the film. Ball is revealed as more complex, controlling and bitchy than the brilliant physical comedienne we loved. The sitcom topped TV ratings on CBS from October 15, 1951, to May 6, 1957, with a total of 180 half-hour episodes, spanning six seasons.

Most likely I saw every one of those episodes. The Sorkin film is structured on the making of one of them. For that at least I am grateful.

So this is a clip and save cheat-sheet of what's available for home viewing.