Moliere in the Park Streams Its First Contemporary Play 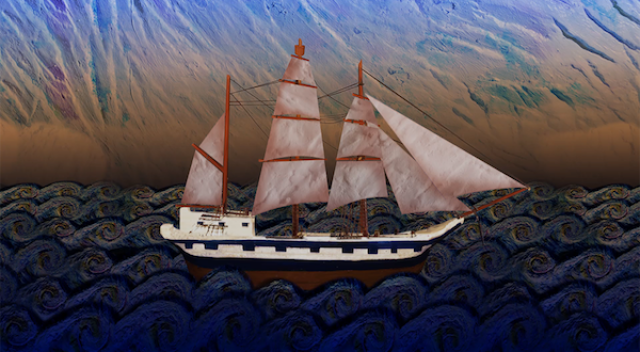 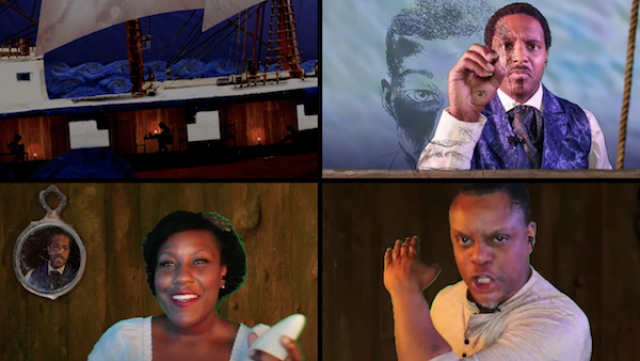 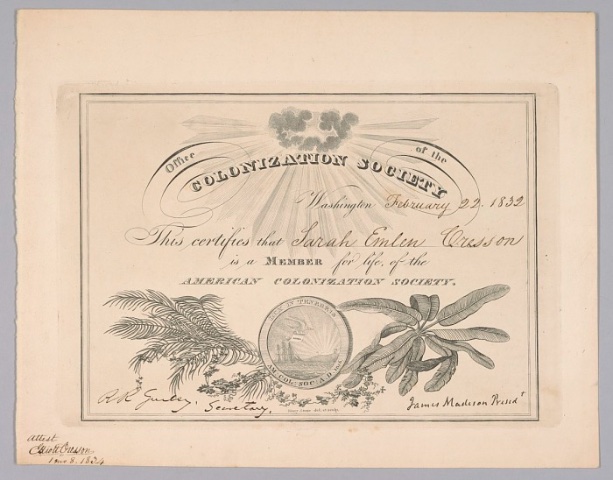 This membeship card for the American Colonization Society which arranged for transportation back to Africa, is shown at the Museum of African American history in Washington DC

Moliere in the Park, with their streaming team Andy Carluccio and Liminal Entertainment Technologies LLC, are presenting Christina Anderson’s pen/man/ship free through January 4th. It is a powerful play set on a boat passage that reverses the more familiar journey of black Africans. Traditionally we watch native Africans sold into slavery by their more sophisticated country-mates. The horrors of the voyage in which humans are measured by their height and width and then jammed together below deck have been often detailed.

It is well to remember at this time of renewed interest in ending racism, that black Americans for two hundred years have contemplated going back to Africa. Langston Hughes’ father suggested that his son live in Europe, because in America “a nigger would always be a nigger.”

Playwright Anderson is more concerned with themes and essences than she is with history. As far as we know, a penal colony was never built in Liberia. Or even contemplated. In the play ,the black master of the ship, Charles Boyd, (Kevin Mambo) has been hired to survey land for such a colony. This notion explains his sense of superiority over the Captain and crew. Boyd has managed not only to deal with monied white men, but to benefit from them. The cost is his relationship with his own people. Boyd is superb as he shows us the natural relationship between religiosity and alcoholism.

One of playwright Anderson’s themes is that blacks will turn against their own for profit. Robert Smith, one of the prime funders of the Smithsonian’s Museum of African American history, made a fortune.  He recently paid the government close to 200 hundred million dollars to avoid jail.  He ratted on a partner.

This is position is impermissible for a white person to advance at this time. Anderson is black. She is also interested in the power of the black woman outside the home. The only women on board the vessel, Ruby Heard (Crystal Lucas-Perry) is a thoughtful refugee, leaving America because she cannot find a place in this country. She will be elected by the crew to man the ship.

Anderson interweaves the four characters beautifully.  They are essential humans even as they represent the many facets of the drama of the American black.

The play begins on the boat we will never leave. Yet this is not a ship of fools. While the crew is not live on camera, lovely simple animations of the old whaling boat and silhouettes of the crew give us a sense of a full ship.  The focus on four characters heightens the drama.

Lucie Tiberghien directs. She directed an earlier production in Washington D.C.  She is one of the artists who has mastered the streaming format. We see matching backgrounds, using the screen as a fourth wall, as a fist comes at us, or a kiss is offered and accepted. Andy Carlucci, with whom she teamed on an earlier production of School for Wives, is on hand here. You feel his talented presence as the production intrigues and engages.  Streaming problems are mastered before the filming begins.

A black playwright and an all black cast give us an outsider’s glimpse into the thoughts blacks have about their own history. The balancing act of women who have often manned their homes solo and had little time for politics. The black man who can make it in the white world. Men who take menial jobs like the crews’ because it is the only way they can earn a living. All are figures well-known to the black community and presented with individuality and drama.

This production is a peek into the issues that confound today, without interpretation by white figures. It is a moving piece, which illustrates how diverse the black community is. The play begins to suggest how blacks must tend their own before they can truly come into a post-racial world which, defined by Ta-Nehisi Coates, is "a world in which black and white no longer matter."