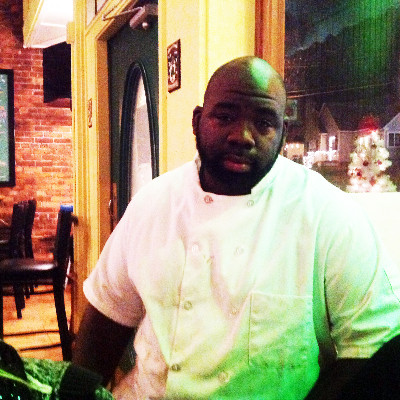 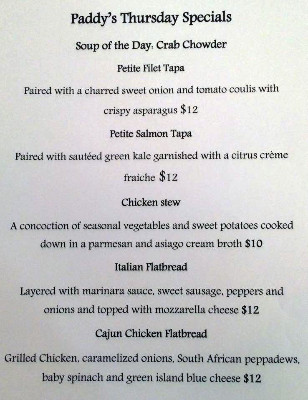 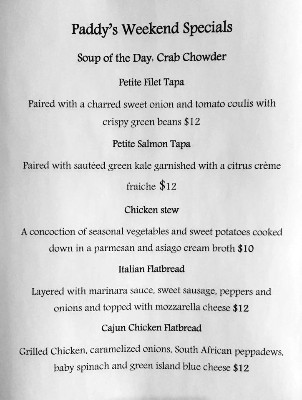 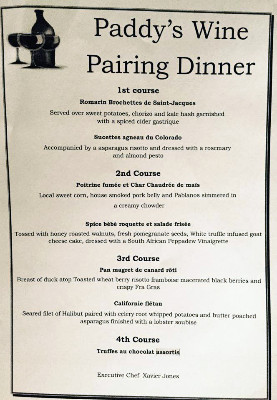 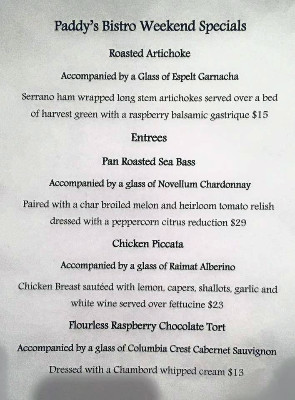 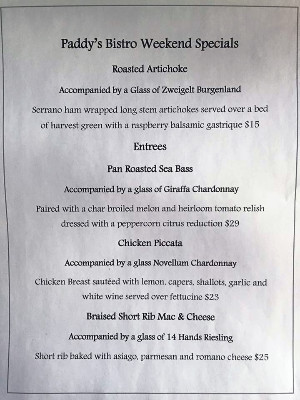 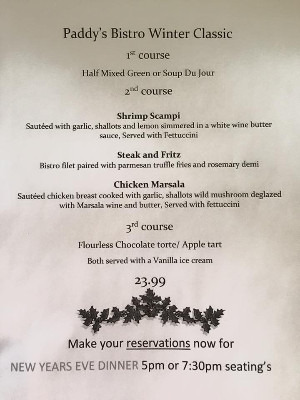 Paddy's Bistro (645 Main Street) in Dalton, Massachusetts, adjacent to Pittsfield doesn't even have a website. They use Facebook to communicate their weekend specials and culinary news.

The lack of marketing is a real ploy for the consumer that looks for fine dining.

Paddy's Bistro is off the radar for the 'foodies' of Berkshire county, as well its neighboring counties. Fortunately, Paddy's Bistro was the focus of a recent 'Wine Pairing Dinner', hosted by Kollin Kozlowski, head wine guru at Kelly's Package Store, the next door neighbor of Paddy's Bistro.

I received an invite, attended the Sold Out wine dinner and realized that I stumbled upon a bistro, whose Chef was creating an impact on my palate.

For those of you who don't know me, my palate is hard to please. Growing up in New Orleans and cooking from a young age has made the concept of going out to eat a task rather than a pleasure (on most occasions).

The most recent local food addiction I had was at the Pillars Restaurant in New Lebanon (NY). It was a thrice monthly food addiction due to the cooking techniques of Chef Paul. The addiction ended when the restaurant closed its doors nearly two years ago.

During that two year period, cooking at home filled the gap.

That was true until I sampled the cuisine of Chef Xavier Jones at Paddy's Bistro.

The meal was paired with appropriate wines, thanks to Kollin Kozlowski.

The meal changed my life and my local eating habits.

Paddy's Bistro is on my radar and should be on yours, as well?

Who is Chef Xavier Jones?

What I learned from the Chef is that he is not new to the Berkshires. Originally from Philadelphia, after high school graduation, he trained at the 'Le Cordon Bleu Institute of Culinary Arts' in Pittsburgh. He was then sent to the Red Lion Inn in nearby Stockbridge to gain expertise in New England and French cooking. Afterwards (2006), Chef Xavier Jones was awarded the Sous Chef and later the Chef de Cuisine position at Spice Restaurant on North Street in Pittsfield (Ma). After the restaurant closed, Chef Jones did stints at Masse's Ocean Bar in Chicopee (Ma) and Viva Fresh Pasta in Northampton (Ma), followed by a position at the fine dining bistro, The Thirsty Owl in Saratoga Springs (NY), where he introduced a fusion of New England style cuisine presented with a Mediterranean flare.

Now, he is in our backyard.

The secret is out.