The Only Wright Structure in Massachusetts Located in Amherst 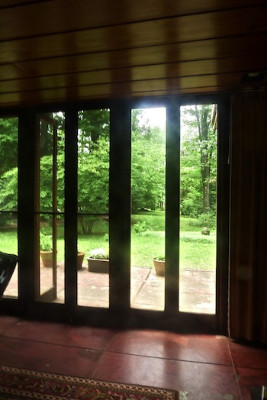 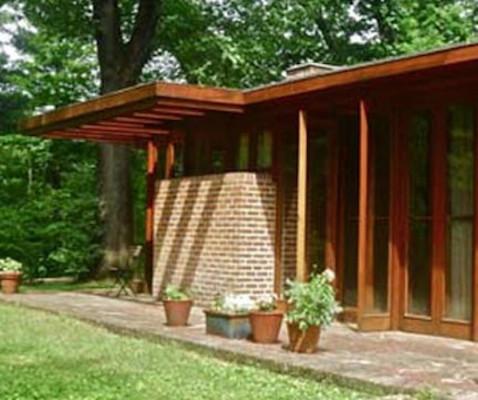 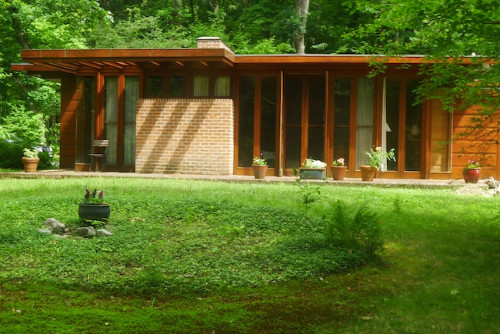 View of Back of Theodore baird House, Amherst, MA Photo By Mark Favermann 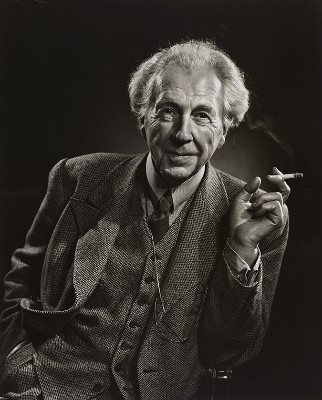 A hidden jewel of modern architecture, the Theodore Baird House is nestled in a heavily wooded area off a residential road in Amherst, Massachusetts. It is a special place and the only Frank Lloyd Wright structure in Massachusetts. Designed in 1939 and built in 1940, it is one of Wright’s superlative Usonian houses. Theodore Baird was an English professor at Amherst College. He and his wife Bertie were intrigued by Frank Lloyd Wright’s architecture and commissioned the architect to design their superb, richly finished, elegantly detailed home.

After creating the presumptive greatest modernist house of the 20th Century Fallingwater 1936 for the prominent Kaufmann family of Pittsburgh, Wright had a vision of a democratic American house designed for what he considered the middle class. These houses were to be affordable for the “common people.” Wright called them Usonian.

The term “Usonian” stands for United States of North America. He claimed that approximately 1000 were designed (Wright often exaggerated), but only about 60 were actually built — just five in New England.

An outgrowth of the flat-roofed, Prairie Style that Wright created in the early decades of the 20th Century, Usonian houses are compact, one-story structures set on concrete slabs with innovative piping for radiant heat set beneath. Small, utilitarian kitchens were often integrated into or placed adjacent to the living areas.

In fact, Wright hoped that homebuyers would save money because they would build their own “Usonian Automatic” houses. The idea was that the buildings would be assembled out of a giant set of pre-fab blocks. This was one of a number of Wright’s naive notions: predictably, assembling the modular parts proved to be very complicated. Most clients were forced to hire sophisticated contractors to construct their Usonian houses, often at a premium. In most cases, one of Wright’s Tailisen apprentices spent one to two years supervising construction and making day-to-day site decisions.

It should be no surprise that, despite Wright’s allegiance to simplicity and economy, Usonian houses often exceeded their carefully conceived budgets. The architect’s customary enthusiasm for expensive details added to the cost. For example, though budgeted initially at $5000, the Theodore Baird House ended up costing around $8000.

Usonian houses can be considered the major precedent for the ubiquitous “ranch” tract homes that became extremely popular throughout America during the 1950s and ’60s. Unfortunately, less talented architects and builders embraced their horizontal shape and preference for low cost construction materials, but ignored the beautiful aesthetics and fine workmanship of Wright’s vision.

Wright emphasized spaciousness rather than space. He also attempted to directly connect the house to the lives of his clients. As with all of his various projects, the architect explored standardization and prefabrication while also fully embracing a building’s natural setting.

Since each Usonian house was site-specific, every one was unique. However, they all incorporated similar design attributes. These included dominant horizontal lines, flat roofs with large overhangs, standardized natural materials, unit system walls, integrated windows, and thoughtful organic siting — usually with a private side and open side facing south, and carports rather than garages.

In addition, each was based on a modular floor plan grid with three primary zones: (1) an open living space, (2) a kitchen/dining area next to the living area and (3) usually two small bedrooms. The service core, containing all of the utilities, was set near the kitchen.

As part of each design, Cherokee Red (Wright’s’s favorite) concrete slab floors were incised with a grid. The integrated décor included modular furniture fabricated from the same construction materials used to construct the house. Other furniture components were built-in to conserve space.

In all his projects, both large and small, Wright used the design concept of inside/outside as much as possible. The interior walls carry the exterior materials into the living spaces while the window treatments offer a generous visual appreciation of the landscape.

The above Usonian description applies wonderfully to the Theodore Baird House.

Not surprisingly, The Bairds were not able to locate contractors who were able to do the work in the small, rural Amherst area. Instead, Wright apprentices William Wesley (Wes) Peters and Carey Caraway were involved.

Peters had house walls fabricated at a New Jersey factory; Caraway moved to Amherst for final assembly of the structure. It was the only Usonian for which materials were prefabricated before being brought to the building site.

The Baird House is a rich, red , and low-lying horizontal structure underscored by a series of long walls interrupted by bands of floor-to-ceiling windows. The structure’s complex geometric statement serves up a “Wow” experience that feels both familiar as well as surprising. Here Wright has set up wonderful visual relationships between building and nature.

The 1200 sq ft open plan house has brick, cypress wood, and glass façades. Linked to the exterior by an apron terrace with trellises, the study is separated from the living/dining area by a central fireplace. Two small bedrooms are at the end of a narrow corridor. A small shed stands in back of the house.

In the interior, level changes and varying ceiling heights demonstrate Wright’s agile ability to create spatial beauty. Floor to ceiling windows and doors open the living space up spectacularly to the adjacent wood. The combination of red brick, red cypress, and red painted concrete give the house a pronounced luminosity.

Listed on The National Register of Historic Places in 1985, the Baird House is set back about 250 feet from the road. The property also includes a 4-acre wooded area extending behind the house and neighboring properties. A private residence for 75 years, the current owners have meticulously restored the wonderful Baird House in just the Wright way.

The current Baird House owners Jean Hoffman and Jim Phaneuf take their duties very seriously: “While it is an honor to own a house that pioneered new ideas about architecture, there are also unique challenges and responsibilities regarding its ongoing preservation.” They realize that the Theodore Baird House is a sacred sanctuary — a special place whose multi-layered visual and material beauty serves the cause of architecture as art.

This article was printed previously in Arts Fuse and has been republished by permission.