Kahlil Gibran for the Holidays

Decorated Sculpture in the South End 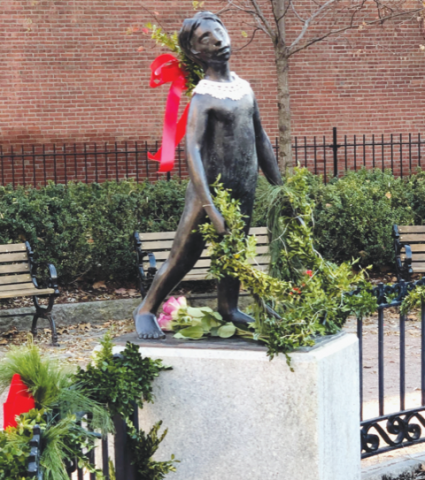 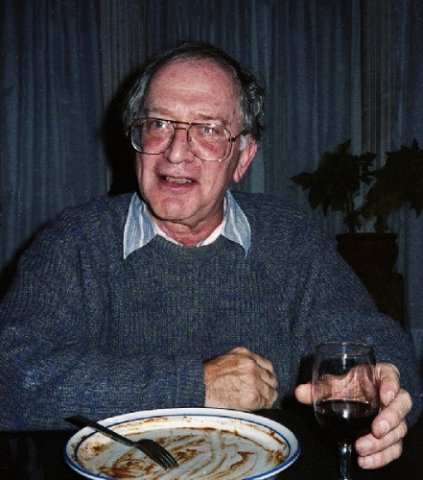 The Boston artist and sculptor, Kahlil Gibran, shared a name with his famous family member, the poet.

He and his wife, Jean Gibran, wrote a biography of his namesake.

I knew the work of Kahlil long before we met.

As a teenager, I much admired his intricately welded standing figure of “John the Baptist.” It was a much deserving prize winner at the then annual Boston Arts Festival.

Later I wrote about Kahlil and was invited to their South End home.

Decades later I vividly recall the meal. It was pasta with squid sauce.

He won a prize for the recipe. To enhance the dish, and to impress judges, he created a sculptural object to serve the sauce. The lid was adorned with a squid.

That was typical of Kahlil to make things including musical instruments.

When he came down with cancer in a calf muscle, he took up pool for physical recreation.

Not satisfied with the pool sticks at the billiard’s parlor he made his own.

When we stay at Boston’s St. Botolph Club, now on hold, it is enjoyable to see his work on display.

There are always wonderful temporary shows hung in the staircase. Some have been curated by Jean Gibran. She has created museum quality shows of historic Boston artists including Karl Zerbe, a Boston Expressionist, and Alan Rohan Crite, the dean of Boston’s African American artists.

Today, Jean sent along an e mail about a photo and item in the Boston Sun.

“The child sculpture in Hayes Park was decorated for the holidays recently and looks quite festive. Tom Fitzgerald, one of the volunteer gardeners for Hayes Park, adorned the fence and the statue. Jean Gibran left the roses on November 29, the birthday of her late husband the sculptor Kahlil Gibran, who created West Canton Street Child and donated it to the park.”

How like Kahlil to adorn his neighborhood with a work of art.

In 2014 Jean invited me to write the introduction to a book about Kahlil “Love Made Visible: Scenes from a Mostly Happy Marriage.”
Here is a link to the review.