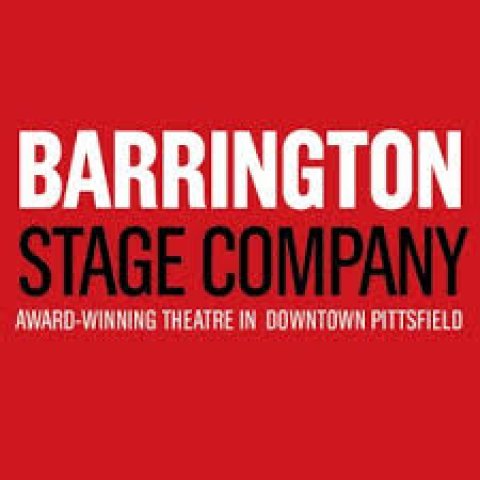 Barrington Stage Company (BSC), is pleased to announce the first round of Spark Grants of $2,500 each to eleven artists with whom Barrington Stage Company has either collaborated with on past work or looks forward to collaborating with in the future. Each recipient was awarded the grant under the single condition that the money be used to spark the artist’s creativity.

“In these uncertain times, we know that many artists are struggling not only financially but also artistically,” commented Julianne Boyd. “We are addressing both of these challenges by awarding these grants to artists to spark their creativity, either for a new project or to continue working on an existing one.”

The Spark Grants are made possible through the generous support of the Sydelle Blatt New Works Commissioning Program.

Jenny Giering is a two-time winner of the Weston Playhouse New Musical Award for Saint-Ex and Alice Bliss and the two-time winner of Chicago Shakespeare Theatre’s Tilles Music Chair for her incidental scores. Most recently, she composed the music for BSC’s Gertrude and Claudius. Her commissions include Alice Bliss (Playwrights Horizons) and Summerland (Chicago Shakespeare). She has also been the recipient of the Klinsky Prize (2nd Stage) and Jonathan Larson Award. She has participated in residencies at The Orchard Project, TheatreWorks Writers’ Retreat, Rhinebeck Writers’ Retreat, Goodspeed’s Mercer Colony and the Weston Playhouse Writers’ Retreat. She’s currently working on a one-woman show about her journey with chronic illness, What We Leave Behind, which had its first public showing last summer at Theater Aspen’s Solo Flights Festival.

Daniel K. Isaac is a queer Korean American actor, writer and art-ivist based in New York City. BSC: The Chinese Lady. His plays include The Hope Project, Quiet Love (co-written with John McGinty), Fullerton (2020 O’Neill Finalist), Once Upon A (korean) Time (2019 O’Neill Finalist), [untitled gay sex and conversion therapy play] (commissioned by Ma-Yi with generous support from the NEA), and Or Or Or &&& (available as a podcast recording on The Parsnip Ship). TV: "According To My Mother" (Searchlight Pictures). Development at Ma-Yi Theater Company, NYTW, SPACE on Ryder Farm, Page73’s Interstate73, Ensemble Studio Theatre’s Youngblood, Queens Theatre, The Tank, TheatreC, Leviathan Lab and Lambda Literary. Training: UCSD, BADA. www.DanielKIsaac.com

Donja R. Love (he/him/his) is Black, Queer, HIV-Positive, and thriving. A Philly native, his work examines the forced absurdity of life for those who identify as Black, Queer, and HIV-positive and challenge the white supremacist, heteronormative structures that exist in American culture. He's the recipient of the Antonyo's inaugural Langston Hughes Award, the Helen Merrill Award, the Laurents/Hatcher Award, and the Princess Grace Playwriting Award. He's the co-founder of The Each-Other Project, an organization that builds community and provides visibility, through art and advocacy, for LGBTQ+ People of Color. He’s the creator of Write It Out – a playwrights’ program for writers living with HIV. Plays include soft (MCC), one in two (The New Group), Fireflies (Atlantic Theater Company), and Sugar in Our Wounds (Manhattan Theatre Club, Lucille Lortel and Outer Critics Circle Nominations).

Grace McLean is an actor, singer, writer and composer. Broadway: Natasha, Pierre… (also Off Broadway, ART). Off Broadway: New Group, MCC, LCT3, Public, Vineyard, La MaMa, among others. “Grace McLean & Them Apples” performed in the 2015 and 2016 seasons of Lincoln Center’s American Songbook, and Grace toured Pakistan and Russia as an artistic ambassador with the US State Department. 2017 Emerging Artist Award Lincoln Center; 2020 Civilians R&D Group; Lincoln Center Theater Writer-In-Residence where her original musical In the Green was commissioned and produced, earning McLean a Lucille Lortel Outstanding Lead Actress in a Musical, and the 2020 Richard Rodgers Award. gracemclean.com

Jeffrey Page’s BSC credits include Company and Broadway Bounty Hunter (Berkshire Theatre Award). An Emmy Award-nominated director and choreographer, he spearheaded the 2015 and 2018 Tokyo productions of the musical Memphis, which received four Yomiuri Award nominations, including Best Musical. He was the first African American to be named the Marcus Institute Fellow for Opera Directing at The Juilliard School. Mr. Page won an MTV Video Music Award for his work with Beyoncé. Mr. Page was a featured choreographer on Fox Television’s “So You Think You Can Dance.” He worked alongside Tony Award-winning composer Jeanine Tesori to choreograph the hit Broadway musical Violet starring Sutton Foster (Roundabout Theatre Company). Jeffrey holds an MFA in Theatre Directing from Columbia University in New York City, and serves as a lecturer at Harvard University and The Juilliard School. Currently, as co-director and choreographer, he is working with Diane Paulus and the American Repertory Theatre at Harvard University to mount the Broadway revival of 1776.

Joël René Scoville. Joël’s original works include the musicals 2&1 (composer, Jenna Gillespie Byrd) and The Long Way Home. 2&1 will have a residency through AMPLIFY Voices for New Musicals Inc. in 2021. She was script consultant on the tv pilot “Nicki, Esq.” for Nail-Biter Productions, and created and starred in “Crazy with a K!”, a web series about her mental health struggles: crazywithak.com. Joël is a member of Actors’ Equity Association, The Dramatists Guild of America and the prestigious BMI Lehman Engel Musical Theatre Workshop. She has three grown sons, loves K-Pop and is a liberal Black Mormon… seriously.