Seance with Benjamin Britten at Crypt

String Quartets One and Two Spectral 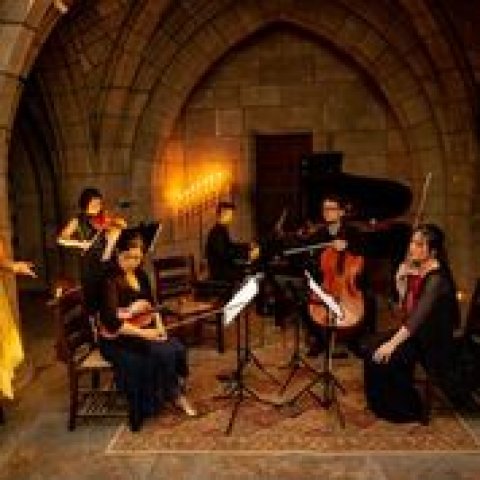 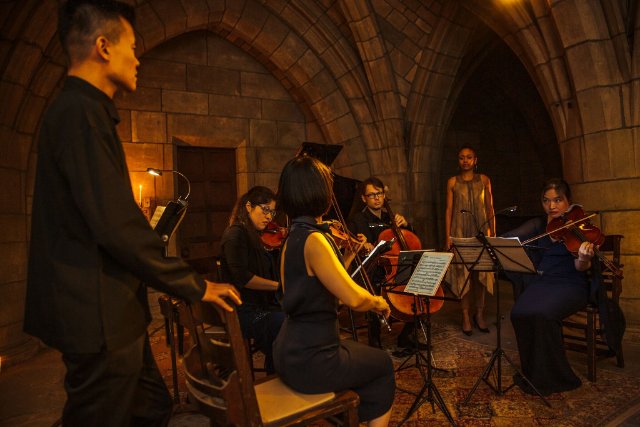 Pianist Fung and Sagine Valia listen to the quartet 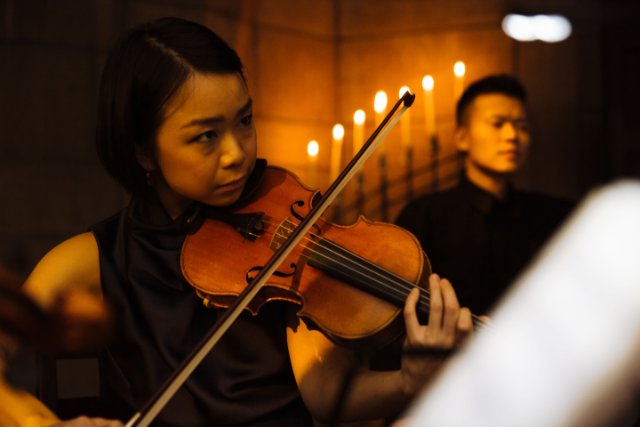 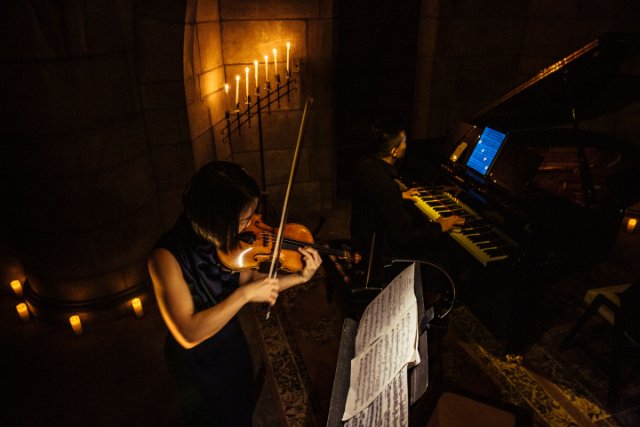 Slections from Suite for Piano and VIolin (1936) 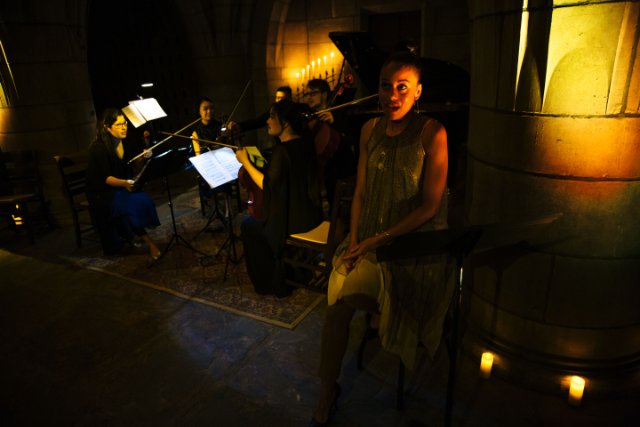 The ghost of Britten arrives at Salon Seance 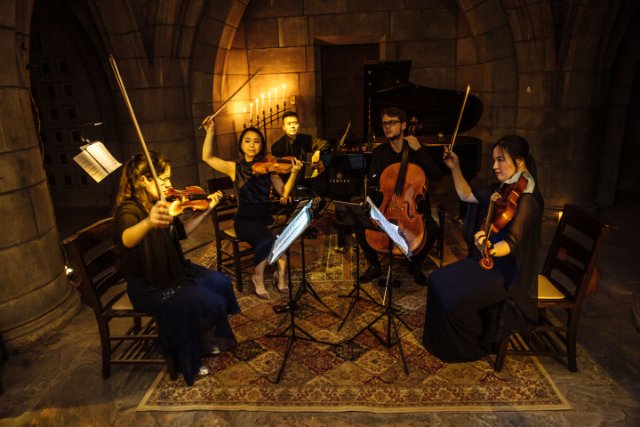 The Crypt Session as imagined and realized by Death of Classical point the way to music’s lifefulness going forward.  New, young audiences wait for months to get a ticket to one of these events.  Tickets sell out moments after events like this Salon Séance are announced. Andrew Ousley, whose creation Crypt Sessions and The Catacombs assures us that more events in new locations are coming.  A cave is promised in the future.

Salon Séance is the last performance of this season.  The audience is asked to imagine themselves at a ouiji board, calling on the spirit of Benjamin Britten.  His arrival is eagerly awaited under the arches of the crypt at the Church of the Intercession in upper Manhattan.  A conjured up Britten appears, as Sagine Valia joins the string quartet with David Fung at the piano.  Valia as Britten asks the performers to question him about his work and philosophy.  What are the origins of his string quartets 1 and 2?

The first work was composed in 1941 in America.  It was the last work he composed here before he returned to his home in Great Britain and the assault by the Germans.  Philanthropist Elizabeth Sprague Coolidge, who is also credited as one of the founders of Tanglewood, commissioned this work.  She would no doubt have applauded the performance by Mari Lee and Emilie-Anne Gendron on violin, Tien-Hsin Cindy Wu on viola and Mihai Marcia on cello. The seance was directed by Mikael Soderstein based on Noelle P. Wilson's drama.

The second quartet was composed as the War ended in 1945.  Both works are ferocious, expressing anger at what the spectral Britten calls a broken world.  Other worldly string sounds are mixed with string sounds dug deep from the instruments

Superb pianist David Fung joined in for selections from the Suite for Violin and Piano which Britten composed in 1936.

Actor Sagine Valla created an out of this world Britten, talking sometimes to us, the others, and engaging in questions the performer asked.

Ending this season’s Crypt Session by announcing in sometimes heavenly sounds, which leap forth from the down and dirtiness of the world’s tones, is an uplifting message.

Clearly this audience was ready to attend other specially curated concerts accompanied by cheese, wine and whiskey.