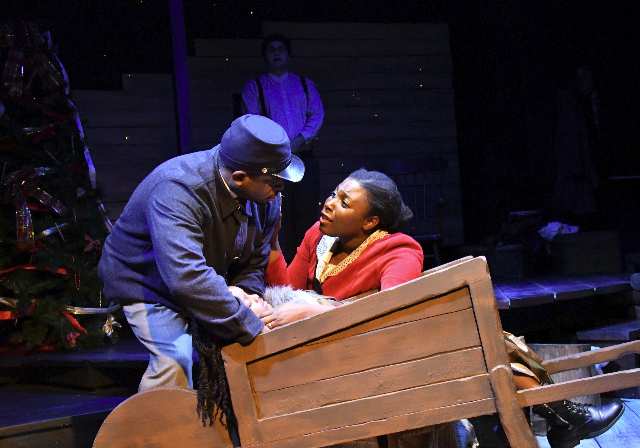 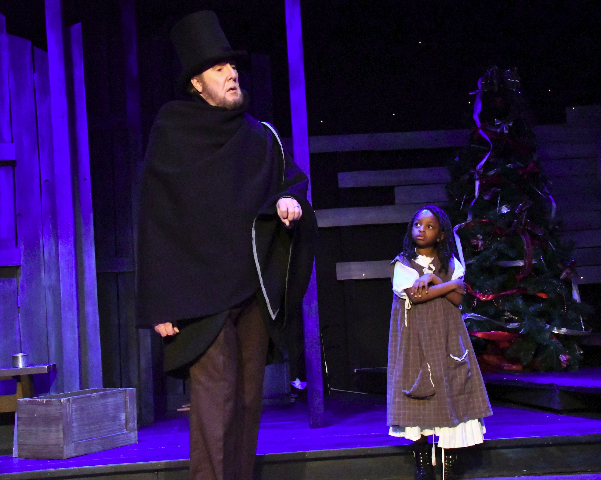 "Blessed is the season which engages the whole world in a conspiracy of love,” Hamilton Wright Mabie.

Christendom’s most welcomed holiday arrives invariably, irrespective of storm or strife. During the Christmas season of 1864, our nation’s capital was bitterly cold. Slavery had been abolished, but the war that split the nation geographically, economically, and morally would rage for another half year. It would be Abraham Lincoln’s last Christmas.

Against this backdrop, Paula Vogel has fashioned a kaleidoscope of events surrounding that time. In 60 brief scenes, she reveals the seasonal joys and tribulations of blacks and whites, northerners and southerners, powerful and poor, real and fictional, and the sometimes unexpected intersections of characters. Vignettes are involving and we are concerned about the characters. Despite the acrimony between war combatants and between slaves and owners, holidays do bring out “peace on earth, goodwill toward men.” This sentiment looms large in this play despite numerous intrigues and confrontations that create dramatic conflict. After all, it is holiday fare, and for the greater part, the outcomes are heart warming.

Of the myriad characters, some, like Robert E. Lee and William Sherman, evaporate almost as soon as they are appear. Abraham Lincoln gets considerable attention and affection from the playwright, as does a black Union army blacksmith, but the three characters she seems to care for the most are women. Mary Todd Lincoln is richly portrayed as a complex, perhaps bipolar woman of great compassion as well as irresponsibility. Hannah is a fictional character. A slave who flees the South on Christmas Eve, she becomes separated from her daughter who is ill prepared to deal with sub-freezing weather and risks hypothermia. Finally, Elizabeth Keckley is a real-life black couturier to Mrs. Lincoln and Washington’s social set, but her greatest attribute is her humanity.

Much of the ambiance of A Civil War Christmas derives from the music supporting the narrative. Several traditional Christmas carols are sung, including an audience-quieting, a cappella “Silent Night” delivered by Alicia von Kugelgen, who offers the strongest singing voice of the show.

Additional music comes from mostly African-American spirituals of the period such as “Children Go Where I Send Thee” and “There is Balm is Gilead.” One that deserves special mention is “Yellow Rose of Texas.” We of a certain age best remember it in its syrupy, white-bread Mitch Miller version. But it originated as slave song, and the yellow rose referred to is not a flower, but a mulatto woman named Emily Morgan who became a legend in her own right. Ironically, despite its origin and its subject, the Confederate Army of Tennessee adapted it to become its marching song.

Town Hall’s production of A Civil War Christmas uses a simple but appropriate set of mostly weathered clapboard with some step-up platforms and moveable props. Collectively, the costumes present a worn and weathered sepia look that reflects the hardship of the times. Dramatic lighting and well-orchestrated movement by director Dawn Monique Williams complete the strong visual presentation of the piece.

The areas for improvement are in the cast. Acting is uneven and unconvincing at times. Fourteen actors play over 50 roles. Whether by need or design, many roles are gender and/or age switched. This non-traditional casting approach works at times, as when Morgan Pavey plays a young, captured Confederate soldier, but often, the device fails to produce the desired characterization. Solo singing often lacks sufficient power or tonal control, however choruses are generally well designed and pleasant, especially a female chorus within the “Yellow Rose of Texas” rendition.

A Civil War Christmas: An American Musical Celebration by Paula Vogel with music from traditional sources is produced by Town Hall Theatre on its stage at 3535 School Street, Lafayette, CA through December 16, 2017.