A Tribute to Stephen Sondheim

Genius in a Minor Key 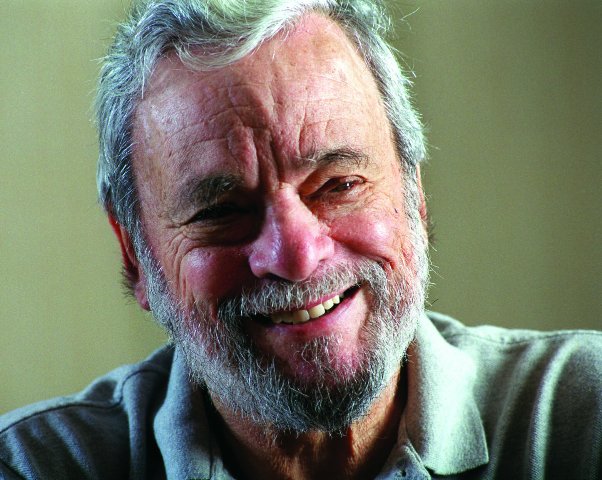 It may sound like ‘Heresy’ to some of my colleagues, but for me personally, the gifts that resided inside the genius that was Stephen Sondheim was an acquired taste.  Let me explain first before the first stones and tossed in my direction.

As critics we have a duty and/or an obligation to any professional production we review to approach the work on stage as if we are blank slates waiting to be written upon by the entire production and creative team elements necessary to connect with the audience.

Our work laboratory is 2500 years old.  The ancient Greeks taught us about a civilization that laid down ‘rules of engagement’, for what has become known as the creative arts.  All other art forms spring from their loins.  Theatre is always growing, constantly evolving, and populated with talented and creative individuals who are truly gifted.

As a theatre/film dinosaur – one year younger than Sondheim – my memory fondly recalls when the great English actor and then reigning King of West End theatre, Sir Laurence Olivier, trod the boards.  He was electrifying to watch in performance!  And, he delivered the Bard of Avon’s brilliant dialogue in iambic pentameter in such a naturalistic manner that even the alien ears of American audiences embraced his performances. Gaining more audiences for Shakespearean theatre productions.  As theatre grows it continues to capture future generations in the thrall of it all.  And the band and the beat goes on.

Stephen Sondheim literally grew up in the theatre by virtue of relatives in the business.  Giants of Broadway allowed him sit at the knees of the likes of Oscar Hammerstein II where he ingested and soaked up the intricacies of a trade that one day would make him a musical theatre legend as a composer, lyricist and director.

Now comes my explanation of my ‘heretical’ and ‘acquired taste’ comment at the beginning of my tribute to Sondheim.  He was a gifted composer, no doubt about it.  Full stop!  But one would have to be a fan of music written in the minor key to fully enjoy his gifts.  I grew up listening to the operettas of Rudolph Friml, Sigmund Romberg and Victor Herbert; as did Sondheim, but he was a budding modern day Mozart while I was just a teenager from the tough Northwest side of Chicago who listened to Crosby, Sinatra, Perry Como, Tony Bennett, and Mario Lanza.

Both Olivier and Sondheim were stars from opposite ends on the show business spectrum.  As whiskey is to alcohol, Scotch whiskey is a variation on the drink adored by millions.  It takes a protracted period of time to produce ‘scotch’, and according to its drinkers one has to develop a time frame of imbibing it to fully appreciate its flavor and popularity.  Just like the Minor keys of Sondheim’s music.

However, listening and learning over the years, I have no doubt as to the real genius of his lyrics.  They’re human, powerful, poignant, evocative, inspiring, tender, and relevant, making Sondheim the most preeminent and impressive of lyricists in Broadway history, bar none.

I’m now a believer.  Who can forget his genius for pathos and understanding in lyrics that plumb the soul in “West Side Story”, where Anita sings to Maria about the depth of true love after learning of Maria’s lover Tony, killing Maria’s brother Bernardo who was Anita’s love interest in a rumble earlier that night.  I wept when listening to Anita’s powerful but honest tribute to love as she sings “… when love comes along, there is no right or wrong…”

Society can be cruel messengers to the vulnerable who walk among us.  However, one cannot beat the gold plated trio of: incomparable composer Leonard Bernstein, Award-winning librettist Arthur Laurents, and Lyricist-extraordinaire Stephen Sondheim.