When a Musical OD Lands You in Intensive Care 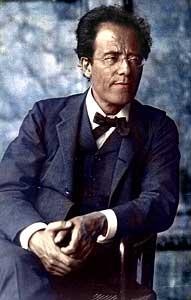 Gustav Mahler has been known to evoke extreme reactions. 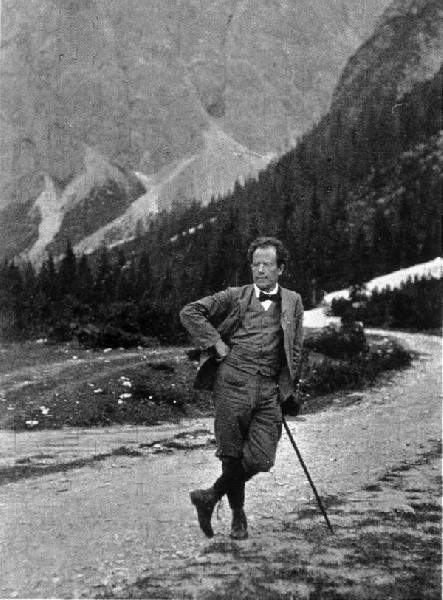 The composer was inspired by the sublime in nature. 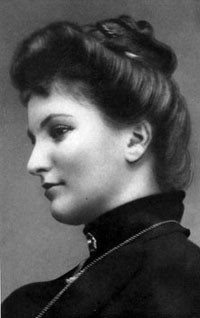 Mahler was married to the notorious Alma.

In August, I went on a Mahler bender, binged on the Ninth symphony. The paramedics found me wandering the Lakefront. The Simon Rattle / Berlin Phil Ninth was playing on my i-Pod.

Didn’t know my own name. That’s what Mahler does – screws you up real bad, and then drop kicks you right in the stomach. I’ve been here before – been a recovering Mahlerian for many years. First bout was in 1966 when I came across the Sir John Barbirollii recording of the Ninth – didn’t come out of the basement for a week. Just kept listening to it and pondering my mortality. I was 21 at the time. My last relapse was in 2005. Since then I had been on the straight and narrow, stayed away from Mahler completely – lots of early music – Heinrich Schutz, Monteverdi and lute pieces by John Dowland.

On one occasion, I went to a friend’s house where Bruckner was playing. My wife panicked – she thought I’d go off on a Mahler tear. “C’mon,” I told her, “aside from using big orchestras Bruckner and Mahler have nothing in common. Mahler was married to the hottest woman in Europe, and Bruckner died a virgin. Besides, Bruckner used Wagnerian tubas. Mahler would never sink that low.”

Outwardly, I appeared to be an average music lover – somebody who enjoys standard symphonic programming – a Haydn Symphony, followed by the Beethoven Emperor Concerto and then, after intermission, the Sibelius Second Symphony. Oh, I’d applaud enthusiastically after each selection. But deep down all I wanted to hear was a big, honking orchestra playing a big, honking Mahler symphony.

If it would stop there, things would be fine, but for people like me there is no such thing as just one Mahler symphony. Before long, I’d lock myself in my condo with the Solti/CSO box set, Sennheiser headphones and a case of Schlitz – Ray Milland in “Lost Weekend” but with a better soundtrack.

That’s why I had been sticking to Delius and Saint-Saens. But the events of the summer were my undoing. Ravinia programmed Mahler: the CSO with Conlon playing Das Lied von der Erde and the Ninth Symphony. The Grant Park Symphony Orchestra did the Ninth, too. In fact, the Grant Parkers played it twice – on a Friday and a Saturday night. How was I supposed to stay away? I caught both performances. I even skipped out of work all day on Thursday to sit through six hours of Grant Park Mahler rehearsal.

All that Mahler in live performance – no wonder the paramedics brought me to the MRU. There are others here in the unit with me. I can’t name names. We sign a confidentiality agreement when we’re brought in. The others here come from all walks of life. Mahler addiction respects no boundaries – rich, poor, the highly educated or just plain working-class folks – the MRU has them all.

It’s not easy being here. No WFMT, and they took all the Mahler off my i-Pod – had four versions of the Ninth on that thing. But rules are rules and when you hit bottom like I did, you’ve got to get with the program.

This morning the guy in the room next door kept humming Das Knaben Wunderhorn. The male nurses rushed him downstairs to MD (Mahler Deprogramming). Things are bleak down there. They piped in Leroy Anderson’s “Bugler’s Holiday.”

Cruel? You bet. But sometimes drastic measures are called for. “He’s damn lucky he didn’t get ‘Sleigh Ride,’” a male nurse told me.

Once I get out of here, it’s good-bye to Gus Mahler. I’ll be sticking with the French – Milhaud, Poulenc, Ibert... No heroics there. No talking to God, no themes of abandonment, despair and redemption – just lots of cute melodies.

Somebody, get me a drink.