Near the Saatchi Museum 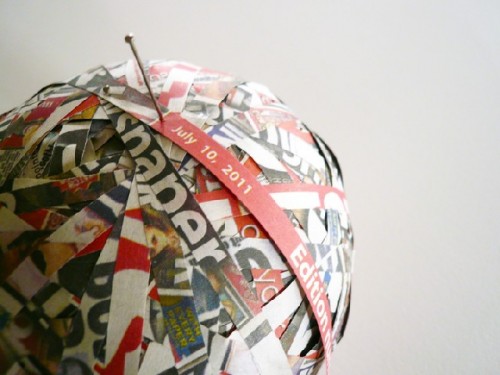 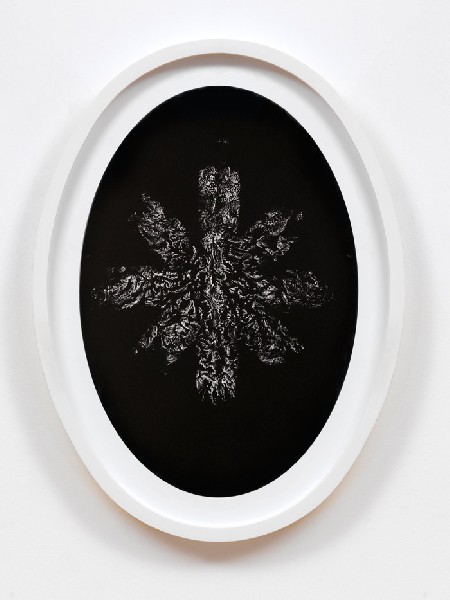 The new Meridian exhibition at the recently launched Tryon St Gallery, (just a stone’s throw from London’s Saatchi gallery), explores the universal human fascination with finding our place in the world and recording it through maps and mapping. Attesting a human need to determine and record one’s position in the world, maps—and intangible concepts such as meridians—are instrumental in understanding and exploring the environment that surrounds us, as well as our own inner landscapes. The work of the five UK and USA based artists showcased in this exhibition explore different mapping processes and draw on the notion of perception as both a collective and subjective experience.

In Mappa Universalis, UK artist Mat Chivers undertakes the mapping of his own brain using MRI scans, resulting in a very unconventional self-portrait. Trying to bring to light the neurological process behind human perception, Chivers combines scans of the two hemispheres of his brain, the right, intuitive and imaginative side, and the left, logical and reasoning side. Visually intriguing, this work reflects on how their joint activity is responsible for our complex perception of reality, simultaneously pointing out the particularity of each individual’s perception, and the universality of neurological function.

LA based artist, Gregory Michael Hernandez is fascinated with the way humans build grids of perception based on the mapping, representation and interpretation of their environments. For his London debut, Hernandez presents Circular Mound Altar in Perspective, where he recorded the mathematical coordinates of the 405 stones of the Circular Mound Altar in Beijing, which served as a spiritual portal between earth and heaven, and used them to photograph the night sky above the Mojave Desert in California. Through this process, the artist recreates his own gateway by photographically mapping the starry firmament, traditionally associated with heaven. This truly astral composition also demonstrates how data and information can be easily distorted and manipulated.

US based British artist Matthew Picton extends on the ambiguous nature of maps, by addressing their potential use for a nation’s image/branding and political propaganda. In Moscow 1812, he recreates a map of the city that recorded the fire damage caused by Napoleon’s attack on the city, using partially burned sheets of music from Russian composer Tchaikovsky’s famous 1812 overture. Both commissioned by the state, the map and the composition form part of nation-building strategy, denouncing the damages caused by the French army and celebrating the strength and glory of Russia in the face of adversity. The threatening burns delineating the reliefs on the map draw our attention to the dangerous political use of maps as a propaganda tool for the building of a nation’s image.

Also featuring works by US based, Irish artist Stefana McClure and British artist Susan Stockwell, the exhibition at Tryon St shows how artists are exploring this subject on both sides of the Atlantic. In short, the Meridian show is a must-stop on your art map.