Semyon Bychkov Takes Us Beyond Words 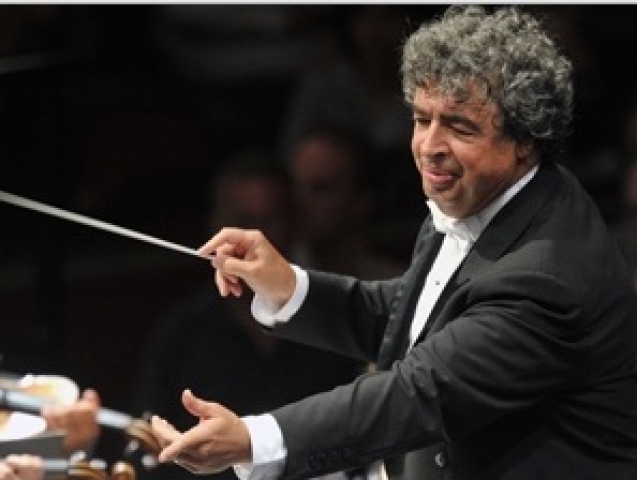 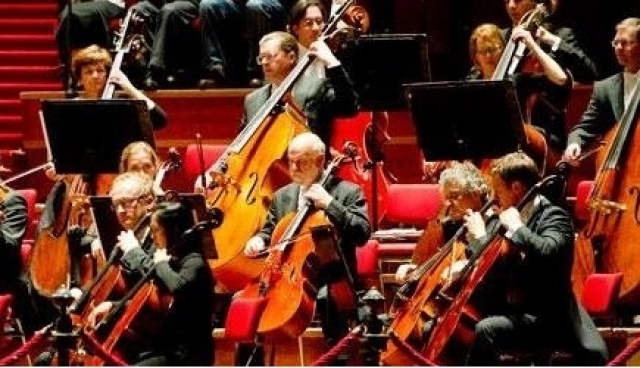 Steeped in Mahler and Glanert

An irresistible comment made by Gustav Mahler on a walk with his brother-in-law Arnold Rose sums up the impact of Detlov Glanert’s Theatrum Bestiarum and Mahler’s Fifth Symphony. At a witches’ Sabbath celebration in progress on the Kreuzberg, Mahler commented,  “…not only were innumerable barrel organs blaring out from merry-go-rounds, swings, shooting galleries and puppet shows, but a military band and a men’s choral society… These groups were creating an incredible musical pandemonium without paying the slightest attention to each other. Mahler explained: “You hear? That’s polyphony and that’s where I get it from.”

Detlov Glanert starts with a twenty-five note chord, indeed. But that’s what Glanert creates, in almost over-reaction to Mahler. The singing of a thousand birds, the howling of the storm, the lapping of waves and the crackling of the fire.

What can seem like chaotic, unorganized sounds of the unregulated world, in fact reflect the accidental confluence of events. Counterpoint jostles against harmonies. While Mahler gives us horns in all their glory, and what magnificent horn players the Royal Concertgebouw has, Glanert delights in his Ravellian tinkles at the top in contrast with the wild cacophony surrounding them.

Mahler had an ambivalent relationship with counterpoint, but he uses it in often humorous and playful passages. In the Scherzo of this symphony and in its Finale we smile as he delights.

The magnificent Royal Concertgebouw Orchestra conducted by Semyon Bychkov captures both composer’s free and terse responses. The bass drum muffled by muffled tips and range from the biggest beats you’ve ever heard to as close as you can come to a non-sound sound. Tipped at a 45 degree angle, its face was open for two mallets.

Contours are shaped everywhere. The music is three-dimensional.  Color is less important than texture, but harmonies are heard, dynamics explores and notes soar up and plunge down.

The problem with writing about Detlov Glanert and Mahler’s work is that it is created to be beyond words. Yes, there are pictures of a funeral in the Mahler, if you call the molten chords the Concertgebouw produced anything other than large emotional textures, and irresistible images of dancing figures in a town square in both compositions, but the music, well-performed as it is here.

In this performance at Carnegie Hall it's impossible to resist the music filling your soul. Glanert has written of his concern with the potential for the human becoming monstrous.   Like many of his fellow German citizens, he is concerned that horrendous political events do not recur. As anyone who spends time in Germany knows, monuments to man’s brutality abound, and daily we are reminded of them. Oddly, they have become so integral to German life that humor can be found. As I tried to figure out how to buy a train ticket to Dachau last winter, I was asked by a group of natives if I wanted to buy a round trip. Everyone laughed.

Bychkov draws forth both the humor and the deep pathos. In Detlov, light breaks through in the piccolo and the flute.

In the Mahler, Bychkov succeeds in revealing three lines moving at once, superimposed chords and doubleings are all clear, but so too is the simplicity of the simultaneous. All of this is located in a rich and dense palette.

The ever changing-ness of both composers is revealed by Bychkov. He succeeds in having the instruments speak.  The horns were glorious.  Once when Zubin Mehta was conducting this Mahler Symphony in a rehearsal of the Belgrade Philharmonic, he explained to the horns:  At first, you ask: Will the world be saved?  And then you answer: No.  A downer to be sure from this composer of tragic moments, but in his Fifth Symphony Mahler also gives us exuebrant dances, teasing plays on the Viennese waltz and the ineffably beautiful Adagietto.  A remarkable evening in which music spoke as music.