Over There is Brought Here 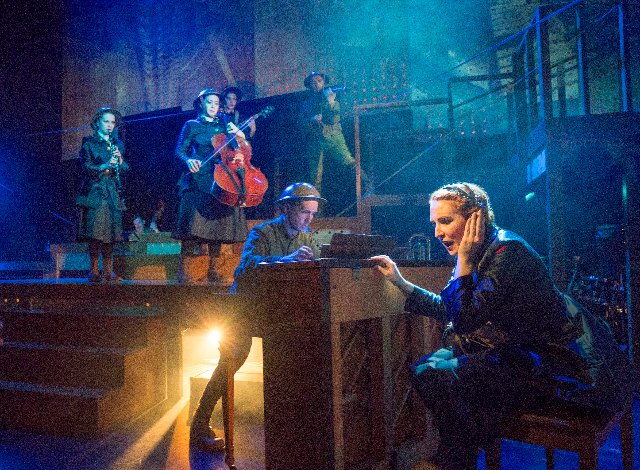 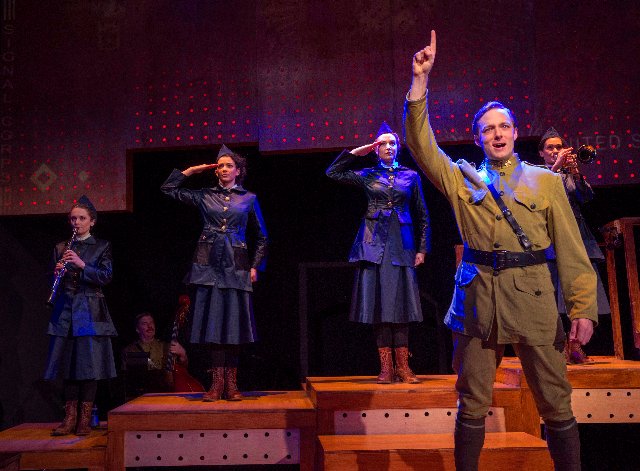 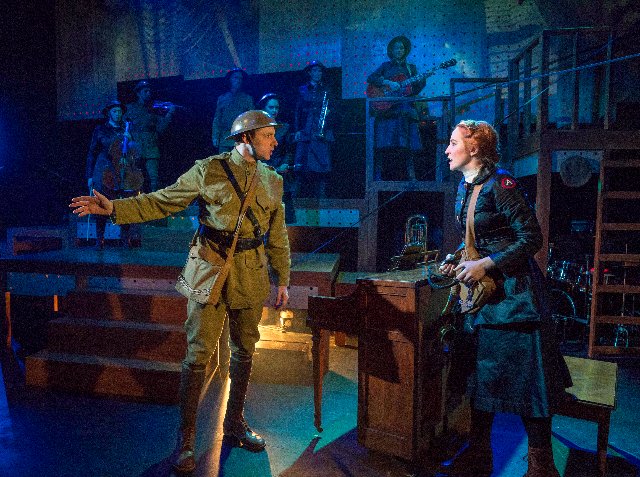 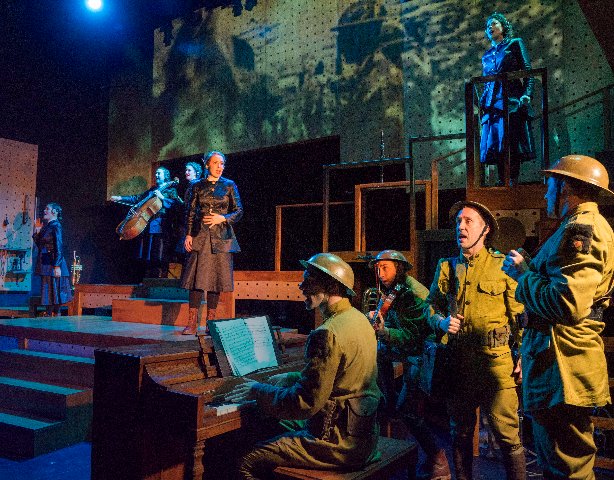 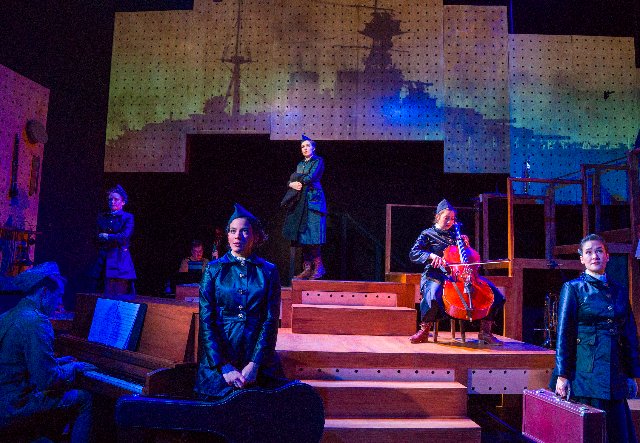 Hello Girls, the thoroughly entertaining and important new musical playing at 59E59 Theaters is set a hundred years ago, in the last year of World War I. We meet the first women to serve on any war front, a group of switch board operators led by the indomitable Grace Banker, whose real life story provides the arc of the drama.

The musical takes a most serious context, the fate of the troops in the trenches of WWI, and tackles the still relevant issues of women's rights and equality. The play harvests an engaging, upbeat and energized performance. Interesting and visually meaningful use of overhead projections (Lacey Ebb) provides both context and mood. The set plays with use of wires:  telephone lines, stringed instruments, rail lines, battle-lines, and lines of march. These work remarkably well to maintain a sense of time and place.

Ellie Fishman is Grace, and she belts out songs even while struggling to demand positions she wants and deserves. Early in the play, she gets a call from a friend. The US Army is recruiting French-speaking switchboard operators. Grace applies and is chosen to lead her group. She is efficient, compliant (sort of) and ready to aid in the US war effort. Women did not have the vote in 1917.

One of the arguments constantly brought up to protest their enfranchisement was that they did not put their lives in harm’s way. Yet men proved incapable of manning switchboards.

When female troops first landed in France they were placed far from the front. Their efficiency, bravery and speed so impressed top brass they were sent to the battle lines. Women who were inducted as phone connectors between the front and Generals were crucial to victory.

Most of us know switchboard operators as Ernestine, the finely etched Lily Tomlin character. Her importance may not be clear. In the musical, we see lines plugged in, connected and switched to the beat of music and at the speed of lightning. In the early days of the telephone, the job was not simply the connection of one party with another. Operators had to complete local and long distance calls. They assisted other operators when phone traffic was heavy. They also responded to delayed connections, wrong numbers and emergencies. Operators were expected to handle hundreds of calls a day. The disconnection process was as long as connection one.

The entire cast of Hello Girls has spunk. Director Cara Reichel has clearly mounted multi-level action. Percussion is tucked under a balcony. The stage levels are tiered. Broad boards allow the performed to move swiftly. General Pershing does hup-two-three-four, turning at abrupt 45 degree angles as he descends levels to his double bass.

Instruments played by some of the fabulous singing actors are woven into the performances. Chanel Karimkhan multi-tasks on the cello and Skyler Volpe takes on guitar. Especially effective and moving to the beat of her instrument and the inner emotions of her role is Cathryn Ware on clarinet. The visual of these figures blended with instruments makes the stage textured and rich. The violinist even uses his instrument as a gun.

The clarity of the performance is palpable. Production staff and actors are allied in conception thanks to Reichel. Music director Moss has worked to bring unity through the integration of score and action. Destined for a bigger stage, Hello Girls might give us more space between vocal numbers and dramatic arc.

This engaging production is now at 59E59 Theaters.