Rita Coolidge at the Clark 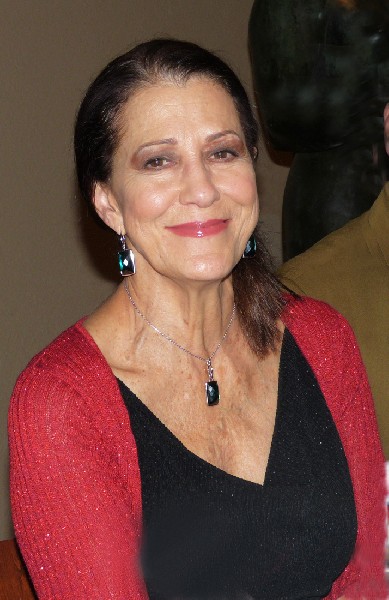 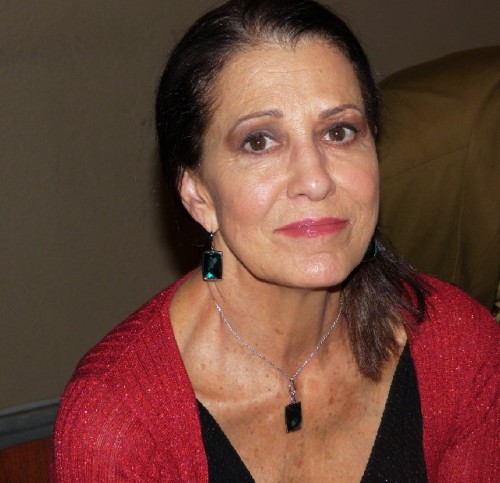 Coolidge has been on the road since the early 1970s. 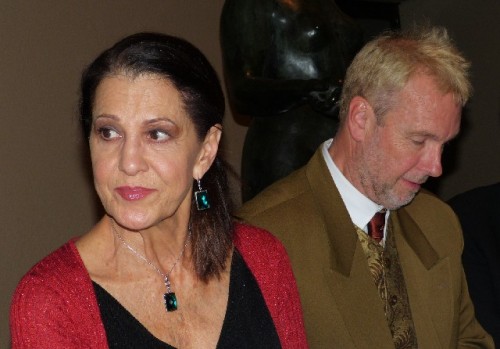 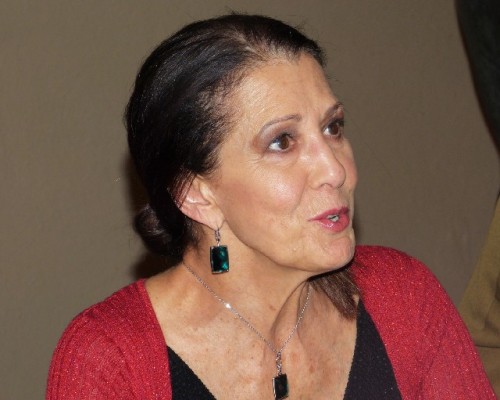 Interacting with fans following the concert. 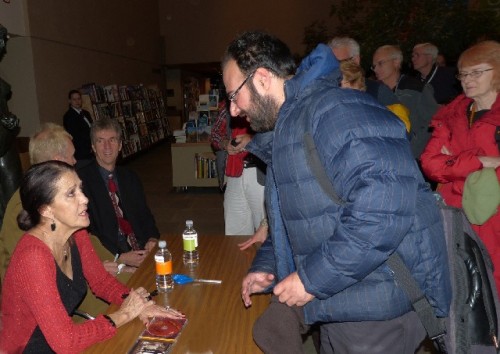 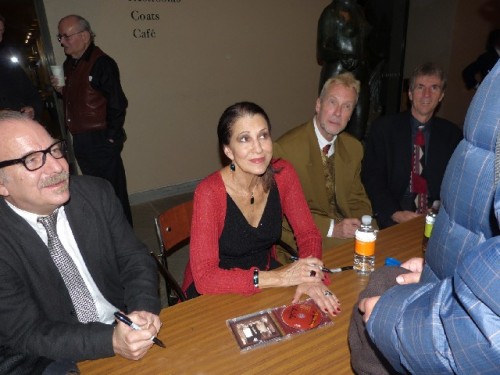 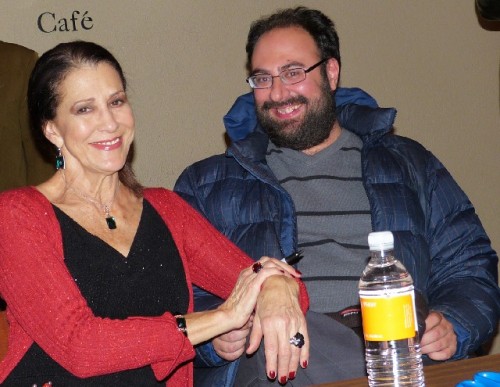 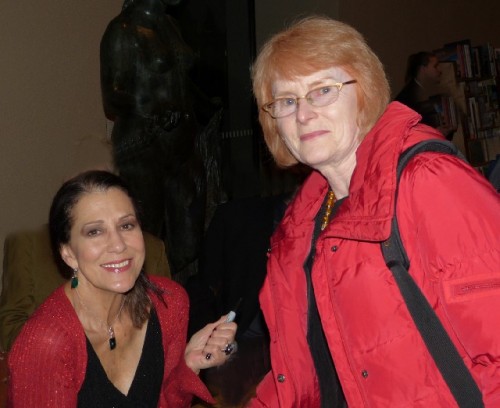 Last night Rita Collidge was as toasty as a log on the fire as she combined Christmas music from her new CD with some comfy old chestnuts.

The renowned Delta Lady was in fine form having made the cross continent shift from her home in California to the frosty Berkshires. She embraced the colder climate sharing a wish for a “White Christmas” which she first hummed along with as a toddler in Tennessee.

Early on in the set she seemed to struggle to find her range and appeared to be fighting a cough. Wearing a long, black, sparkling dress over black boots it was accented by a matching red sweater. Now and then she tugged at it pulling it close for warmth on a chilly New England evening. She asked for some hot water which she sipped on now and then. Adding that she wouldn’t be requesting hot water back home on the West Coast.

As the evening progressed she swung into a lilting easy groove bringing the audience along for a truly magnificent experience. It culminated in an amazingly emotional finale and two standing ovation curtain calls. By the end of a well paced set she was struggling to keep her composure overcome by what she sang about as the “Love That Fills the Room.”

The program began and ended with selections by the Williamstown Gospel Choir. They opened with several members soloing and two taking turns at conducting. They returned to close the performance accompanying her. This included a stunning version of “Amazing Grace” sung in her native Cherokee. We were surprised that the choir had mastered the lyrics. In English she invited the audience to join her on what she described as the Cherokee National Anthem.

Between selections she often spoke intimately about the recent passing of her parents, her Cherokee heritage, the legacy of the 1830 Indian Relocation in the Trail of Tears, and quips about her favorite ex husband, and only one, Kris Kristofferson.

While I reviewed her both solo and with Kristofferson back in the 1970s, and with Joe Cocker's Mad Dogs and Englishmen tour, it had been decades separating last night’s gig in Williamstown.

The years have worn well on the grandmother of three. Her voice has never been better with a richness of nuance and texture. She brings maturity, insight and life experience to her interpretation of lyrics.

While this might have been just a campy, pop evening of Christmas Carols we were astonished to find fresh insights in the familiar standards emblazoned into our skin like holiday tattoos.

Much of this resulted from the tasty licks of her superb band; John Thomas on keyboards, John McDuffie on guitar, Randy Landis, bass, and Lynn Coulter on drums. They exhibited wonderful versatility and range. It may have been Santa stuff but McDuffie, who doubles as music director, dug into riffs with changes that we found just astonishing. How these guys can play carols with a straight face is beyond me. But the interpretations had me locked and loaded.

While the musicians displayed major chops it was abundantly clear that they were on a tight leash backing up Coolidge. There were never those long self indulgent solos that we associate with rock concerts. Everyone was on the same page backing Coolidge front and center as the jewel in the crown.

In addition to Christmas music she included tantalizing glimpses of a storied career that includes two Grammy awards. She opened with a hit on the Jackie Wilson standard “Your Love Keeps Lifting Me Higher and Higher.”

From her early years on tour in Europe with Delaney and Bonnie she described young girls in the audience smitten with Eric Clapton. She composed a song about youth and longing. “Long ago and oh so far away/ I fell in love with you before the second show/ Your guitar, it sounded so sweet and clear, but you’re not really here/ It’s just the radio…”

Launching into the Holiday theme she rendered “Jingle Bell Rock” followed by “White Christmas” with an aside about her father cloning reindeer on the roof. Then “Let It Snow” (today it is actually). She detoured with a Kristofferson tune then swung back into “Winter Wonderland” and “We Wish You a Merry Christmas”

With a nice change of pace there was a zydeco back beat to a Louisiana outback version of “Santa Claus Is Coming to Town.” For “Little Drummer Boy” Coulter cut loose with a solo on tom toms providing a Cherokee twist.

He came out from behind the drum kit for an amusing, playful, teasing duet on “Baby It’s Cold Outside.”

After “Rock Around the Christmas Tree” she again reverted to one of her familiar hits from the 1970s “I Believe in You.” Then updated an Eartha Kitt classic the vampy “Santa Baby.” Followed by “Have Yourself a Merry Little Christmas.”

To close the show the Williamstown Gospel Choir joined her for “Silent Night.”

Rita introduced a song she wrote inspired by seeing a Holocaust survivor on a PBS special. She described how in the eye of a hurricane, with that enormous destructive energy, there is clear blue sky and birds flying. Even in the worst of times and the horrors of humanity there is that stunning “Circle of Light.”

For the home stretch the emotional intensity escalated. She spoke of the Trail of Tears introducing the choir for the Cherokee National Anthem “Amazing Grace.”

To a standing ovation she returned with just her keyboard player John Thomas.

Addressing the audience she said “You gave me so much tonight and I’m so deeply grateful.” She struggled for composure genuinely overcome as she sang “There Is Love in This Room.”