A Founder of the Lenox Company 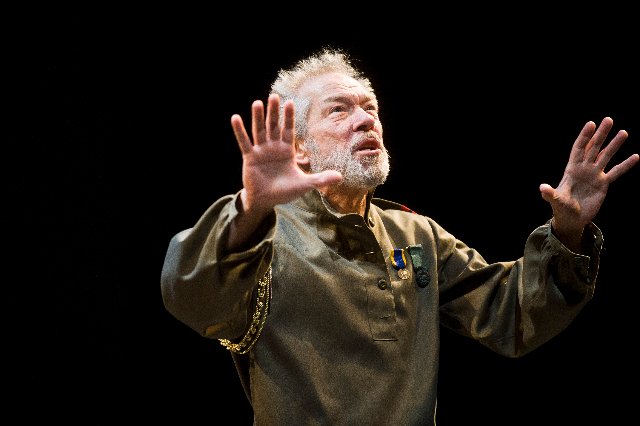 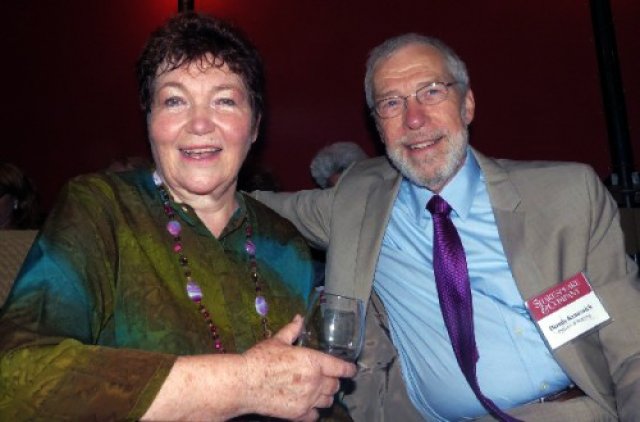 "We're going to miss Dennis deeply here at Shakespeare & Company," said Artistic Director Allyn Burrows. "He was an extraordinary teacher, writer, actor, and friend. The enduring legacy that he leaves is that he was an inspiration to us all and those he met teaching around the world. His enormous generosity of spirit was matched only by his brilliant wit, and we'll honor him by staying doggedly curious about language and its effect on humankind."

"The outpouring of love and support for Dennis has been overwhelming and exceedingly gratifying, and very moving," said Packer. "Messages have come from all over the world: India, Australia, England and everywhere in Canada and the United States. He traveled so much, and so many people from all over the world came to the Lenox campus: Dennis taught them all. Passing on knowledge was his passion and he loved the interaction of asking questions, putting the voice in the body, and speaking out. Long may his inspiration continue.”

When he was 19, Dennis entered the Society of Jesus and was ordained a Jesuit priest in 1973. He received his B.A. in Philosophy and Letters from St. Louis University, and his M.A. in French from McGill University, Montreal. During his time with the Jesuits he met Kevin G. Coleman, who later became Shakespeare & Company’s Education Director. Their friendship and artistic collaboration lasted over 50 years. In 1976 he was awarded an M.F.A. in Acting from New York University. It was at N.Y.U. he met Tina Packer, who had been brought in to direct all the plays in Shakespeare’s War of the Roses sequence, in which Dennis played multiple roles. In 1978 Dennis helped found Shakespeare & Company with Tina and Kristin Linklater. Dennis became a Designated Linklater Voice Teacher in 1993. After being together for 25 years, Tina and Dennis married in 1998.

“Much of what Shakespeare & Company strives to be in the world can be traced to Dennis," said Coleman. "The theatre artists he inspired and encouraged over the years can hardly be counted. His insight as a writer and director, and his courage as a teacher and performer can hardly be measured.  But for me, it was always his friendship.”

In his twenty-five years of leading Shakespeare & Company’s renowned Center for Actor Training, Dennis mentored and taught more than 5,000 actors and students from around the world. His legacy of innovative actor training methods, quick wit, spirit of generosity, and depth of thought, will be carried on through the artists, teachers, and students with whom he collaborated. In the last few months of his life, Dennis passionately worked on establishing the Dennis Krausnick Fellowship Fund to support and increase diversity within the Shakespeare & Company Actor Training Program.

"Dennis was a guiding light for the Company and all he came in contact with," said Managing Director Adam Davis. "His humor, grace, and kindness are an example of what it important in life. Shakespeare & Company will work hard to continue the legacy he left and do it by the example he set."

As a Master Teacher of text, rhetoric, and structure of the verse, Krausnick has provided residencies and workshops for theater companies and university theatre departments across the country. In addition to teaching voice, text, and Philosophy of Theatre around the world, Dennis also graced Shakespeare & Company stages as an actor; his favorite roles included King Lear, Polonius, Lord Capulet, and Bertrand Russell. Additionally, writing has always been an important part of his life. Over his lifetime he adapted and/or wrote over 40 plays, many of which included adaptions of Edith Wharton and Henry James stories. As recently as 2017, Shakespeare & Company staged two of his Edith Wharton adaptations, Roman Fever and The Fullness of Life.

He has written poetry since his teenage years, and recently completed his first book and audio book of poetry titled White Flash, set to be released in early 2019. A late night reading of some of his poetry to 150 participants in the flagship Month-Long Intensive, summer 2000, was the genesis for his book of selected poetry. Before he passed, Dennis was putting together his second book, Elizabethan World Picture(s), a non-fiction exploration of the physical and psychological perspective of the characters in Shakespeare’s plays. It is expected to be posthumously completed and released in 2020.