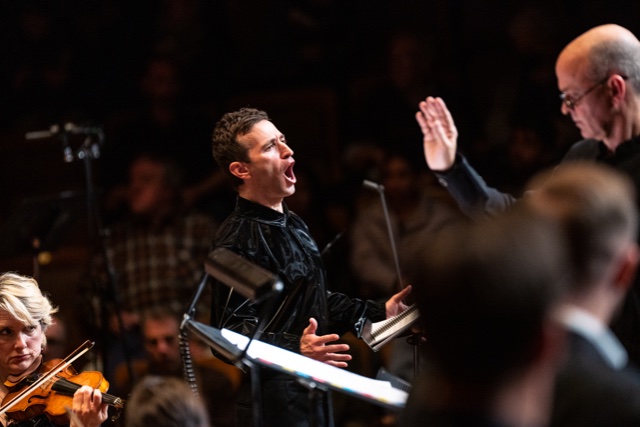 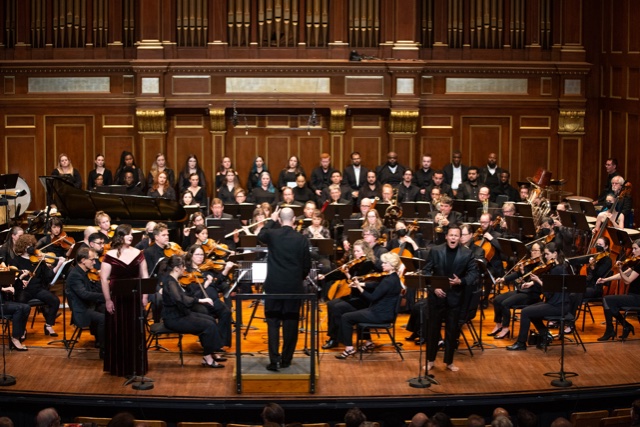 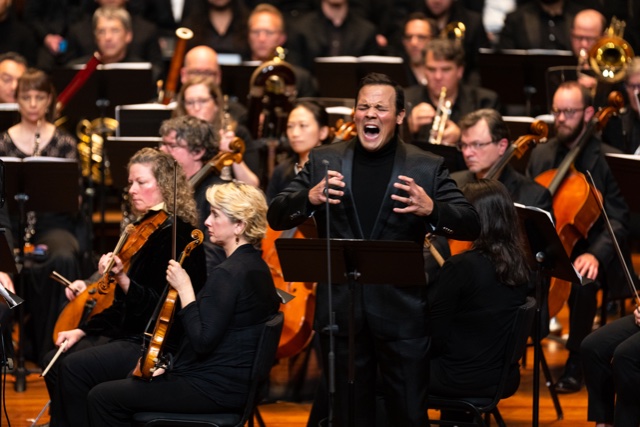 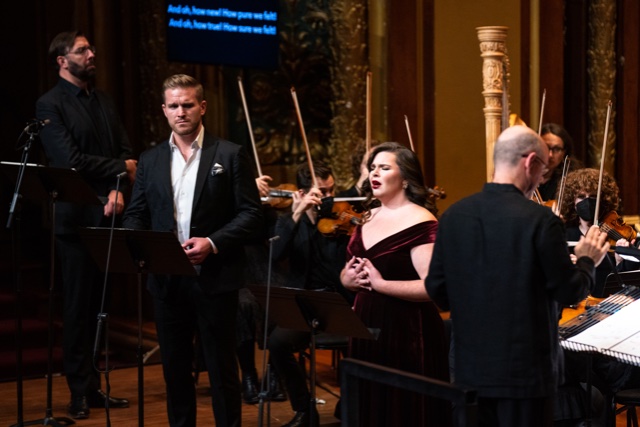 Leave it to Gil Rose, Boston Modern Orchestra Project and Odyssey Opera to present one of the most important operas of the last decade. At Jordan Hall in Boston, Rose and his company gave a superb concert production of John Corigliano’s Lord of the Cries. Commissioned by Santa Fe Opera, this was its east coast debut. Corigliano’s first opera, The Ghosts of Versailles, met with consistently rave reviews and was not performed often after its premiere. Corigliono swore off the form.  He wanted to write music that was heard.

What prompted his willingness to undertake opera again is a mystery. His partner in this venture is his husband, Mark Adamo, a distinguished composer in his own right, acting as librettist here.

Adamo has been obsessed with Euripides Bacchae and how to bring the tale forward in time. In Lord of the Cries we are in 19th century England. Asylum inmates are the perfect people to test a new theory on. Should we follow Dionysius, the banned god, and pursue our darkest selves to whatever end.  If we repress and deny our evil piece, it is sure to devour us and those about us. With  a touch of Oscar Wilde and Richard Strauss’ Salome, this opera has everything to attract an audience. The theme of repression is alive today in this superb work of art.

Corigliano sees opera as surreal, a mix of dream and reality that is often bizarre. This suits Adamo’s tale well.  As  a matter of fact, the composer credits the librettist with the story and its organization.  Like European filmmakers after World War II, Adamo confronts an ancient tale with his modern sensibility.  In the end, he reports, 95 percent of the work is Euripides.

From the start, we know we are in a horror show. Dionysius provides us with an introduction. As Dionyius, Anthony Roth Costnzo, one of today’s go-to countertenors, has never sounded better. He began his stage life singing Corgliano’s music in Washington DC.  He arrived full-formed at thirteen, a consummate musician with the disciplined, passionate voice we have come to love. Twenty years later  Corigliano writes for him again.

Costanzo has given great performances of George Benjamin’s Written on the Skin and Philip Glass’s Akhnaten. Anyone who has been wheeled around the Barnes Museum while he performs Glass/Handel is a convert.  He outdoes himself as Dionysius.

The music ranges from almost imperceptible, subtly disturbing silences to the crack and crashes of a demonic God.  Corigliano captures threatening stings in the string interpretation of insects’ buzzing. Riotous climaxes accompany Dionysius’ arrival. The work never seems mickey-moused to make the story match the music.Each integrated scene is fresh. One wonders if Corigliano’s gift for naturally releasing his ‘style’ and meshing it with superb  technique gives all of his work this power and glory.  Unquestionably Lord of the Cries speaks to us today as no other contemporary opera has. Its story is as big as its music.