The Radical Son a World Premiere 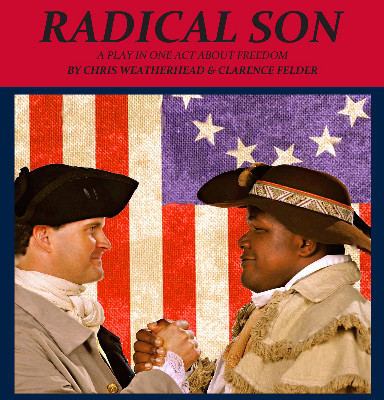 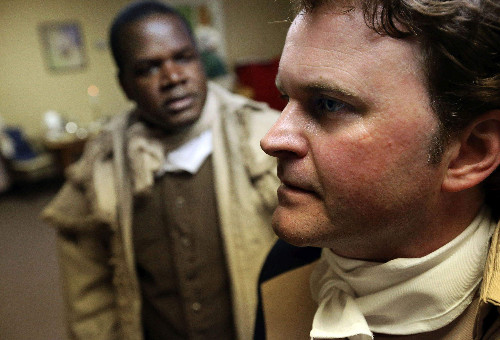 Showing their passion for authentic American historic heroes, Chris Weatherhead and Clarence Felder wrote another potentially award-winning play "The Radical Son." to accompany "All For Liberty"  which was named recently one of Top Ten Revolutionary War Movies by the Journal of the American Revolution.

Weatherhead directed this memorable and riveting play diligently maximizing the use of the intimate black-box stage at Threshold Repertory Theatre by using on-screen images to coordinate with the minimalist on-stage props.

One of the aesthetically pleasing elements of this staging was the director's use of a talented costume designer Jean Robertson Hutchinson. There was considerable research that went into creating all the authentically accurate costumes reflecting the historic period of this play.

Felder as Henry Laurens, father of the Radical Son, mesmerized the audience with his Shakespearian approach to acting. Every morsel of speech was melodic and compelling. He is so majestic! However, he knows how to enhance and complement the work of the other performers.

Robbin Knight as The Radical Son held his own as he challenged his father's philosophy of freedom and slavery, both in contention with his fierce yearning for justice.

Adam Miles, Jamie Bellah, Kevin Curtis, Terry Koster and Elizabeth Leigh Watson all contributed to make this production a great place to be on a second Sunday afternoon in downtown Charleston.

Sandy Katz, a member of ATCA, writes on travel and theatre from Charleston.