Michael Cunningham's The Hours for Opera 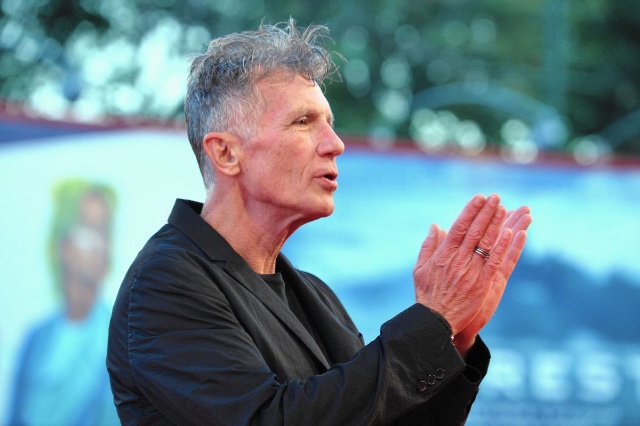 It was not necessary for rights to Michael Cunningham’s book to be acquired by the creators of the new opera The Hours, but they reached out to the author, Michael Cunningham.  Here are his comments on the new work:

Berkshire Fine Arts (BFA): You mentioned that long before Philip Glass wrote the music for the film of The Hours you listened to his music before you wrote.  Do you still do this?

Michael Cunningham (MC): I do, on occasion.  The music is not only beautiful, it’s a reminder of the ways in which narrative can be reflected in music.

BFA: Was there ever any interest in having an opera by Philip Glass based on your book? (For the Cocteau film La Belle and La Bete  Glass stripped the sound track and dubbed in singing voices.  Would this have worked with Daldry's film?)

MC: That never came up.

BFA: In doing your book, did you think of AIDS and LGBTB rights as the shell shock of WW I (Wolff's context)?

MC: AIDS, absolutely.  It seemed like a rough approximation of the aftermath of WWI which is central to Mrs. Dalloway.

Note:Virginia Wolff's Mrs. Dalloway was the springboard for The Hours.  Cunningham's book was a surprise success--for the author and his publishers.

MC: I wasn’t thinking of LGBTQ rights as such.  I was really just picking up on Woolf’s Clarissa’s slightly ambivalent sexuality, the fact that a single kiss from her friend Sally, when they were both young, turns out to matter to Clarissa all her life.  Woolf never wrote directly about sex or sexuality.  I was freer to.

BFA:  One commentator remarked: "It (The Hours book ) tells stories of three very complex women, of different eras. Opera has the unique ability to make these eras live together at the same time onstage, through the music. So this art form could potentially bring something new to Michael Cunningham’s brilliant work.."

Do you share the opinion that this is a unique ability of the operatic form?

MC: Absolutely.  I haven’t seen the opera or any of its parts, I’ll be as surprised as anyone when it opens on November 22.  But I do know that Kevin Puts and Greg Pierce are using the simultaneity that’s not possible in prose.

BFA: You were involved on the set of the film and seemed to have had a close relationship with Scott Rudin and David Hare.  Do you miss this involvement with the opera?

MC: I do not.  Kevin and Greg not only know about opera—I don’t know about opera—it was clear that they wanted to feel free to adapt the story with a free hand.  I’m entirely fine about that.

BFA: If the film rights for an opera were granted, would you be involved?

MC: Who knows?  It’s up to the artist in question as to whether or not they want input from the author of the novel.

MC:  I granted the rights years ago.

Here’s the thing.  When Paramount optioned the book for the movie, they bought all rights to any theatrical adaptation.  It was a courtesy that the Met asked me first but it wasn’t necessary, they really only had to ask Paramount.

The Met asked me first, before going to Paramount, but Paramount owns all rights to any theatrical production of The Hours.  If I’d said yes to the opera but Paramount had said no, it would have been no.

This is, by the way, standard practice when a studio options a book for a movie.  It’s not some kind of meanness on Paramount’s part.

This is just conjecture on my part but I suspect Kevin Puts fully respects Philip Glass’s score but wanted to create something entirely his own, all the more so since the Glass score has become so widely known.

BFA: Will you benefit from uses like the HD and other productions beyond the two commissioners, The Metropolitan Opera and the Philadelphia Orchestra?

MC: As far as I know I benefit, considerably, from the ongoing life of a book I wrote almost 25 years ago.  Which is more than enough.