This One’s for the Girls by Dorothy Marcic 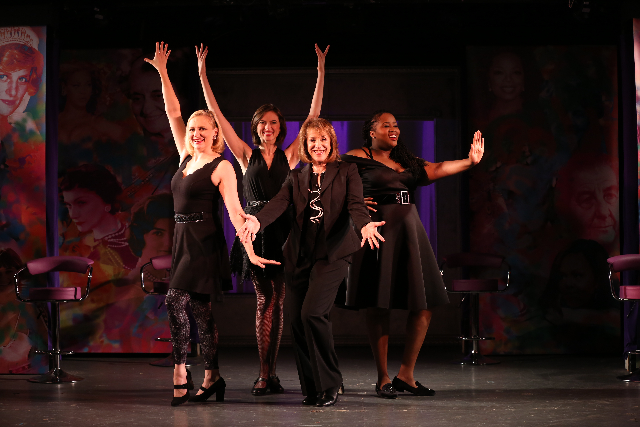 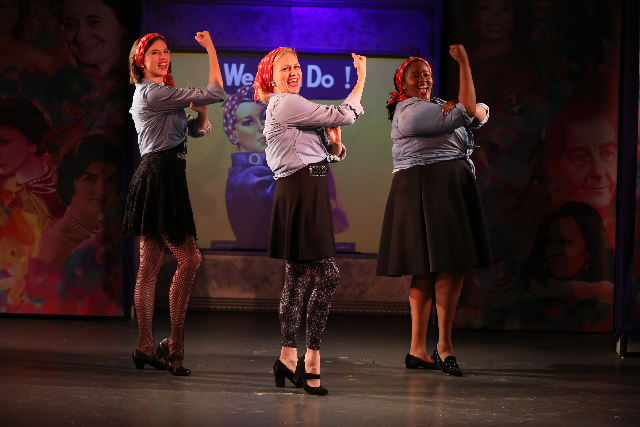 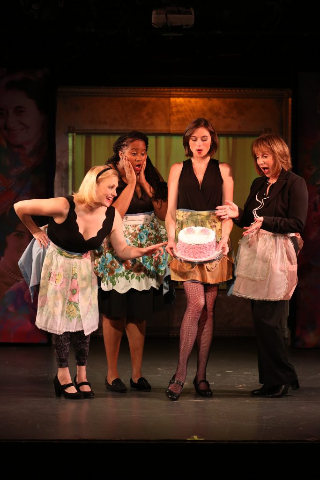 “I am strong, I am invincible, I am woman,” Helen Reddy from the song “I am Woman”

Women’s roles have changed dramatically over the last century. Dorothy Marcic’s This One’s for the Girls evidences the changes in a nostalgic journey through selections from the music catalogue of pop songs performed by women since 1900. As an accomplished academic, Marcic brings her research skills to bear in creating a revue derived from content analysis of women’s recordings revealing a long-term trend from neediness to independence. It is a fast moving, mostly upbeat revue that will appeal to many, but will resonate best with women, and especially those of a particular age.

In large part, the songfest is chronological and tied to American history and cultural events. Among the 60-plus excerpts, an abundance of spirit-lifting female anthems punctuates the score, titles that need no mention here. Constantly changing projection images help contextualize the music as do stories of women both famous and unknown.

The cast is comprised of a talented group of four. Jana Robbins is the mature woman and often narrator whose personal soundtrack we often seem to be witnessing. Traci Bair, Aneesa Folds, and Haley Swindal are a diverse set of younger women with big pipes who offer strong solos and girl group singing. Director Tamara Kangas Erickson utilizes the talents of the women and manages the clock well. However, set on a small stage, the proceedings are cramped and would benefit from a more expansive performing space.

The sweet spot of the revue is the ’60s and ’70s, which also corresponds with the ages of the dominant theater-going niche. Although that emphasis is crowd pleasing, more recognition of the pioneers would be welcomed. Blues women of the ’20s and ’30s were not only instrumental in the development of the form, but also fostered an important thematic addition to women’s song by exposing pain as an emotion of importance to women.

Each snippet is well presented, but songs and memories move so quickly that emotional response can barely settle in. The audience probably wants a lighthearted experience overall, but it is surprising that a vignette on lynching is depicted without singing Billie Holiday’s sad and damning “Strange Fruit.”

Although the progression of women’s rights and social prominence runs through the chronology, several modern songs stitched together at the end cleverly reflect changes in the type of songs women sing and well as their social and emotional progression.

In that sequence, Janis Ian’s lyrical rumination about loneliness, “At Seventeen,” speaks sadly to the importance of romantic love but how “love was meant for beauty queens.” Then, Janis Joplin’s “Piece of My Heart” tells how women give everything and in the end are still dependent on men for validation. The turning point is Cindy Lauper’s “Girls Just Want to Have Fun,” which asserts that women deserve to have the freedom of having fun as much as men. Whitney Houston”s “Greatest Love” represents the apex which declares that the greatest love is “inside of me,” a woman’s realization of self-fulfillment and actualization. Its tract representing that “the children are our future” foretells the final piece, Martina McBride’s “In My Daughter’s Eyes,” which notes that her daughter sees everyone as equal. And it is to her daughter that the torch must be passed to ensure the future equality of women.

Perhaps the greatest weakness of the show is its occasional stridency, which some men may find disconcerting. While there is no dispute that men and their institutions have held back opportunities for women, where is the counterbalance? Among other contributions, men were solely responsible for the passage of the 19th Amendment and instrumental in the ascendancy of women in politics. What about the faceless men who elevated women to become CEOs of General Motors, Pepsi, Yahoo, Hewlett Packard, and many more? Nonetheless, for those interested in the topic matter, This One’s for the Girls will provide an informative entertainment.

This One’s for the Girls by Dorothy Marcic is produced by Jessimeg Productions and plays at St. Luke’s Theatre, 308 West 46th Street, New York, New York on an unlimited run.