Jukebox Musical About The Temptations On Broadway 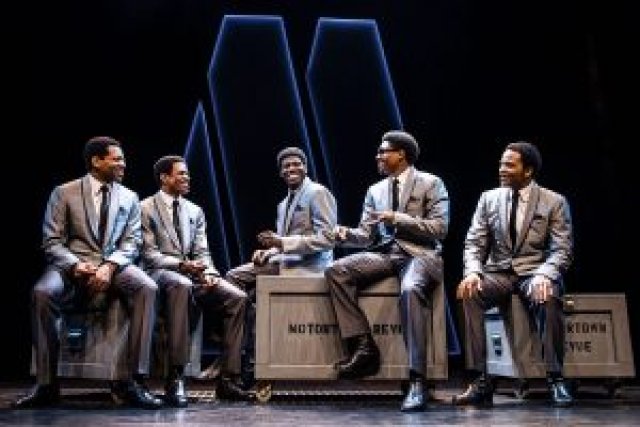 Photo by Matthew Murphy The core group as depicted in “Ain’t Too Proud: The Life and Times of The Temptations.” 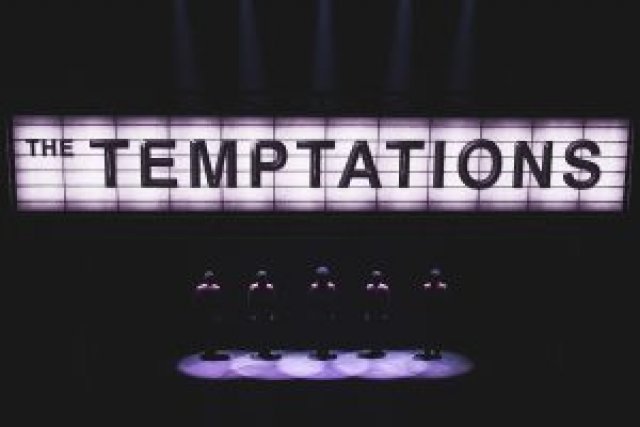 Photo by Matthew Murphy The Temptations story is told in “Ain’t Too Proud.”

Photo by Matthew Murphy The core group as depicted in “Ain’t Too Proud: The Life and Times of The Temptations.”

If you want to hear current members of the famed musical group The Temptations perform live this year, you’re out of luck.

According to https://www.songkick.com/artists/499703-temptations, they aren’t touring. Moreover, organizers have not planned concerts for what is left of 2019.

But you can travel back in time to the 1960s and 1970s to hear the likes of Otis and Paul Williams, Eddie Kendricks and David Ruffin.

Your time-travelling device? The Tony-nominated jukebox musical, Ain’t Too Proud: The Life and Times of The Temptations. It’s onstage at Broadway’s Imperial Theatre, directed fluidly and sensitively by Des McAnuff.

True, “Juke Box Musical” can be cringe-inducing words in musical theater. But credit book writer Dominique Morisseau. She created more than a concert of hit songs or a chronological tell-all musical. Instead, she ordered the more than 30 songs so that they fit in thematically with the The Temptations’ ups and downs, as a group and as individuals. Speaking of Morisseau, she received the first-ever Tony Award nomination for an African American woman in the “Best Book of a Musical” category.

Morisseau wrote the musical’s libretto based on the book “The Temptations.” Otis Williams, one of the original group members, penned the source material.

Cast members sing with verve and expression, backed by an 18-piece rich-sounding live orchestra. Also, the performers refrain from mimicking their real-life characters. In addition, they deftly execute Sergio Trujillo’s Tony-winning, creative choreography. While they perform the moves, they do so in sync. However, each cast member dances slightly differenly, creating variety.

The choreography includes lively, creative moves. They’re as smooth as velvet. And some are impressively athletic in nature. For instance, soul singer, musician and Temptations lead singer David Eli Ruffin throws his microphone high in the air. He then spins around and catches it upon turning around.

Ephraim Sykes, who received a Tony nomination for Leading Actor in a Musical for his portrayal of Ruffin, possesses a honeyed voice. He also exudes charisma and charm. Such character traits are appropriate. As one character notes about him, “We found our diamond in the Ruffin.”

Unfortunately, he eventually proved a liability to the group, partly due to his cocaine habit. As likable as Sykes plays the character throughout most of the show, you can’t help but feel sad that his life and career fell apart.

Ruffin’s downfall, which Sykes  makes palpable through credible-sounding pain in his voice, is one of several low points described in the musical.

Others include personal and professional relationships turned sour, as well as Dr. Martin Luther King Jr.’s assassination. In the musical, group members hear the news and drop to their knees. At this point, the cast sings “I Wish it Would Rain.”  Clearly, some of the lyrics are congruent with the shock and hurt The Temptations must have felt upon learning that someone murdered King.

But just like life in general, The Temptations experienced happy times and downers as individuals and performers. For instance, at the top of the show, Otis Williams recounts his troubled youth. That’s when he found himself on the wrong side of the law.

“The only temptation I knew was the streets,” he tells the audience. Fittingly, he sings “Runaway Child, Running Wild” as he describes getting involved with the wrong people.

But then, Williams discovered music. “It was like God was talking to me,” he tells us.

Derrick Baskin, who plays Williams with enthusiasm and charisma, smiles peacefully as he recalls imagining himself onstage. Singing, he said, would prove his salvation.

Baskin, as Williams, then sings, “Gloria” by the musical group, The Cadillacs. After he first heard them, Williams decided music would be his salvation, as he put it.

One of the bright spots of Morisseau’s book, in addition to her smart writing, is that she didn’t only include songs which The Temptations popularized. She also includes The Cadillacs as well as The Supremes and artists Stevie Wonder and Jimmy Ruffin. In the show, the lyrics to the music these groups/individuals made popular help illustrate the upbeat and challenging times The Temptations experienced.

Perhaps most importantly, the songs deftly express the emotions the singers and those close to them experience.

As for Ain’t Too Proud’s storyline, it is fairly pedestrian. It doesn’t break new ground among jukebox musicals. Specifically, it generally follows a formula. After a group of ordinary folks seek fame and fortune, they form a group. These people experience success and failure, high points and low points, professionally and personally.

Audience members looking for riveting drama won’t find it here. What they will find are stunning dance moves expertly executed by seasoned performers. Also, audiences will hear iconic songs performed with the expression and verve they deserve.

Meanwhile, another positive is that the librettist discusses world events and attitudes, such as racism, that obviously profoundly influenced the singers’ mentality. It caused them to become activists and possibly to even sing the songs they did.

Audience members might think this musical is the closest they’ll come to hearing The Temptations live. However, these patrons should perhaps think again. The website, https://www.songkick.com/artists/499703-temptations, mentioned at the beginning of this review, includes a bar at the bottom. It reads, “Yes, please notify me,” when the Temptations perform near you.

Ain’t Too Proud: The Life and Times of The Temptations, continues its run at Broadway’s Imperial Theatre, 249 W. 45th St. in Manhattan’s theater district. For information about show times and prices, visit https://www.ainttooproudmusical.com/.