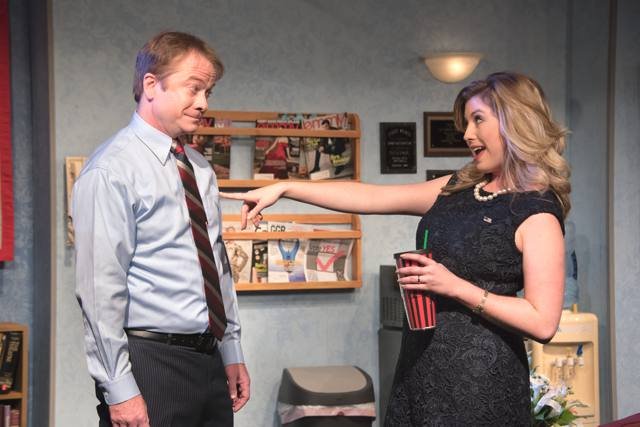 Is there such as thing as a “serious” comedy?  The phrase itself is an oxymoron of sorts. And yet there is a certain validity to the concept mostly from writers of literature, and definitely in the work of playwrights.

Think Eugene Ionesco, Jean Genet, Samuel Beckett, Harold Pinter, Edward Albee, and, yes, even Neil Simon, America’s king of comedy.  Most all were serious writers, but became famous for their absurdist comedy plays, except for Simon.  He was in a class by himself; a comedy playwrighting genius who made the human condition, warts and all, a “serious” subject for his style of comedy.

It was the biting, bittersweet absurdist methods and way of alerting us that a world gone madly astray from society’s norms has made their voices important as chroniclers and observers that were heard for more than 70 years.

These are fractious times in America, especially since the country is mired in a never-ending political cycle of deep and sharp divisions concerning the United States political system in an Election cycle year.

“Church & State”, now on stage at the Pearl McManus theatre, in downtown Palm Springs, explores the hot button topics and issues concerning the role of guns, the Second Amendment, the NRA, and the role that God and religion play in our politics, but not necessarily in that order.

The story, in brief, centers on Senator Charles Whitmore, of North Carolina (Beau Marie, who delivers a wonderfully nuanced performance),  is seeking reelection to the US Senate.  He is meeting, just three days before the Election with his savvy , all-business, no fluff, political operative of a campaign manager Alex Klein, strongly portrayed by Tammy Hubler), and the Senator’s glamourous wife, Sara Whitmore (winning-played by Kelley Moody).  Sara is a formidable southern belle of a woman who knows what she wants and how to get it. Actor James Owens does yeoman duty as Tom, a campaign volunteer, as a Marshall, and as a Security guard.

“Church & State”, is Intelligently and sensitively directed by Michael Shaw.   Mr. Williams’ play relevancy in today’s chaotic, ‘ripped from the headlines’ environment is spot on. Apparently, America just can’t kick its love affair with guns and the NRA, despite the many mass murders of innocent women and little children by terrorists, crackpots and/or fanatics over the last twenty years; all, by the way, committed with high powered, automatic weapons. These weapons are standard issue to America’s military forces.

Most critics of our current gun policy say we should not take away all guns, let’s just have better control of who purchases and who registers them and keeps them under lock and key.   Legitimate hunters don’t need a weapon that can fire a hundred or fifty rounds of ammo when hunting rabbits, squirrels, and birds. And if, we’re talking large prey, Deer, Bear, or Coyotes or Wolves, well, how many of those does the average urban resident bump into coming home from a movie or a night on the town or an evening church service for that matter?

When it comes to the Church aspects, of Mr.Williams’ play, he allows Senator Whitmore to have an Epiphany of sorts.  The senator grants a reporter an interview where he then goes off script and says how he really feels about the role of God in our politics, adding the incendiary remarks of how could a God, if there really is one, allow innocent children to be murdered?  Why? What purpose does it serve in God’s plan for “his children” on earth to be continually slaughtered?

Pretty strong stuff.  The subject of Religion has always been the ‘third rail’ of American politics, and now Senator Whitmore introduces his feelings about the subject just three days before the Election.  Damage control arrives in the form of campaign manager Klein and wife Sara. But it might be too late.

However, no spoiler alerts from me.  You will just have to come to a  performance of “Church & State” at the Pearl McManus theatre in downtown Palm Springs and see for yourself how this powerful play and  the poignant performances by an outstanding cast continue to linger in one’s mind long after the play is  over.  The production’s subject matter and selection was a wise choice by producers Michael Shaw and Clark Dugger, considering that we’re still steeped in election results.

“Church & State” is a splendid production that performs, without an intermission (approx. 95 minutes), at the Pearl McManus Theatre in downtown Palm Springs and runs through Sunday, November 18, 2018.  For reservations and ticket information call 760-322-0179.