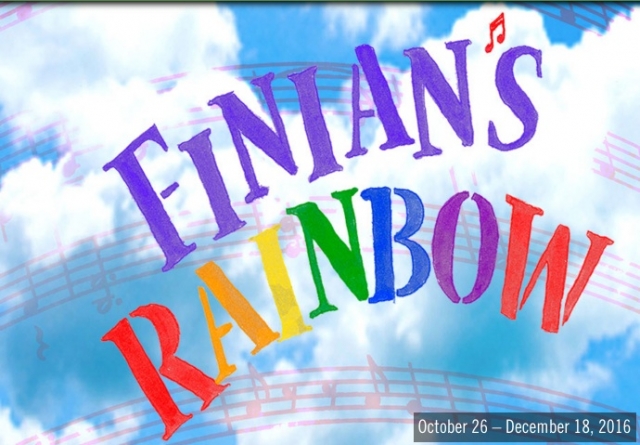 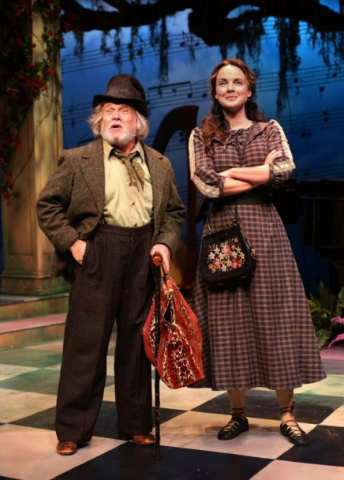 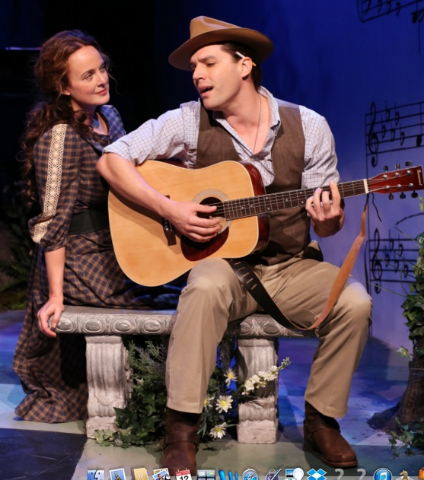 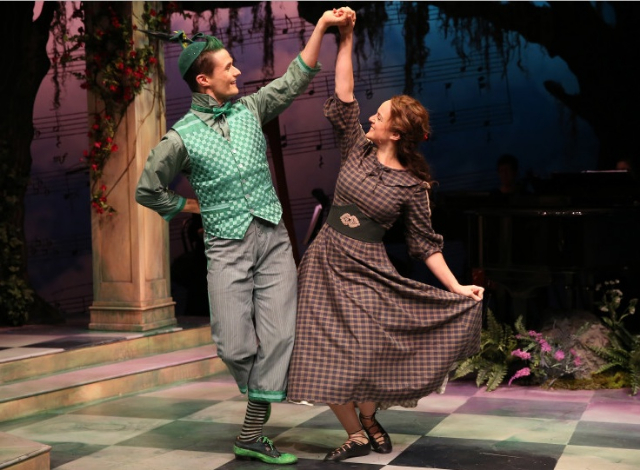 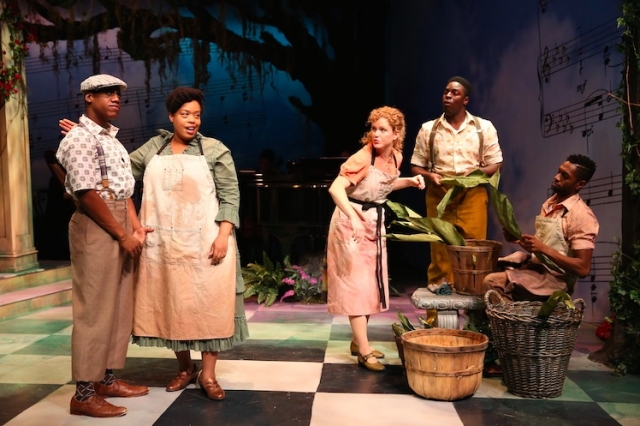 Tobacco is the growing equivalent of gold.

In their refurbished home on West 22nd Street, the Irish Repertory Theatre mounts a lovely production of Finian's Rainbow, full of good humor, even farce, as members of a Southern community, where black and white people live comfortably together, cooperate and treasure one another's company.  The treasuring is enhanced by a pot of gold.

The set by James Morgan has Spanish moss tangling down from oak branches and crevices to hide the lucre.

The issues that rise in this musical feel very contemporary. Like Chekhov’s The Cherry Orchard, a land grab is threatening.  Land is held in local hands because immigrants intervene,  bearing a pot of gold and a leprechaun.

Immigrants to this country sometimes frighten people. In humorous turns, we come to see that we are a nation of immigrants. Cast the first stone and it boomerangs back at you.

Melissa Errico, who we have followed since her first stage appearances at the the French Woods Camp when she was a teen, is a charming actor. Her singing voice is rich, and floats on the lovely tunes we fondly recall.

Errico is also gracious and generous. Leading the cast, she embraces each and everyone, especially her father brilliantly played by Ken Jennings, a good foot shorter than any other member of the cast but dominating when he is onstage.  Mark Evans, as Og the leprechaun, is growing taller and taller as he becomes human.  His pants are rising on his legs and almost all his words end with a delightful 'ish.'

Lyrica Woodruff as the mute Susan dances her way into our hearts.   The chorus stage left exuberantly enters from time to time. A small chamber group, harp, violin, cello and piano, are tucked into the back of the stage and make the most of the score which most of us have embedded somewhere in our souls.

Tobacco sharecroppers, given our attitude toward smoking the US, are not sympathetic figures anymore. Yet this group of immigrants, ex-slaves and local whites overcome this disadvantage easily.

Buying goods from the Shears-Robust catalogue, they pay with the pot of gold.  All's well that ends well, we hope.  See Finian's Rainbow if you want to cast a brighter light on the future.