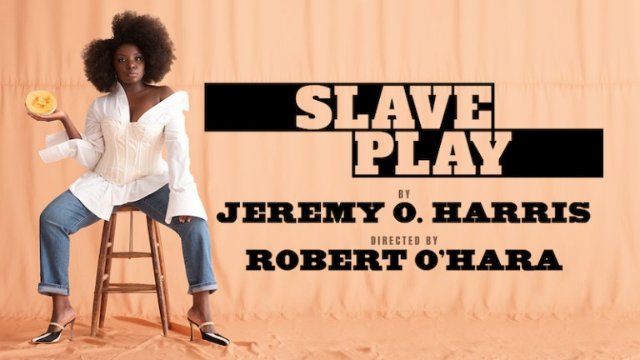 I spent a long weekend in New York, including a meeting of the American Theater Critics Association. Busy days but time for theater at night, of course. Somehow I managed to stay on Broadway (or close) for five plays. (I also spent an afternoon at the Neue Galerie, one of my favorite small museums, to see a retrospective of the work of Ernst Ludwig Kirchner, a pioneer of German Expressionism.) Here are mini-reviews of the plays I saw.

This is a glorious concert with creative, theatrical staging. Led by David Byrne, best known as the frontman for the Talking Heads, the cast featured 12 musicians. Two guitars, keyboard, six percussionists, two dancers, and Byrne, sometimes on guitar. The musicians are all in gray suits with gray shirts and barefoot. They wore their instruments strapped to their bodies and danced, marched and pranced around stage with Byrne.

The choreography was reminiscent of Byrne’s Love This Giant tour with St. Vincent, which played at the Chicago Theatre in September 2012. That concert, however, featured a large horn section rather than the percussionists here, who played on every variety of percussion instrument you can think of. The lighting on the bare stage was spectacular and dramatic, often casting giant shadows against the backdrop.

Byrne told stories and mused upon the state of the world between songs, most of which were his more recent work. They played a powerful cover of Janelle Monae’s “Hell You Talmbout (Say His Name),” a rhythmic chant that recalls the memory of black lives such as Freddie Gray, Trayvon Martin, Eric Garner, Sandra Bland. Emmett Till, Laquan McDonald and Amadou Diallo. There was a great singalong version of the Talking Heads’ hit, “Burning Down the House,” which the enthusiastic audience was happy to join.

Outrageous would be the first word I would choose for Slave Play. I had read the script in advance (H/T to American Theatre magazine for publishing it) so I did come in knowing what was in store. And there has been so much buzz about Slave Play that I’m sure everyone else in the audience knew too. The setting is a plantation and the time is irrelevant. The playwright is Jeremy O. Harris, a grad student in playwriting at Yale—a playwright whose career will be interesting to follow. Slave Play, his first play to be produced, started off-Broadway and was transferred to Broadway this fall.

Slave Play begins with the stories of three interracial couples and their adventures in power, sex, control and violence. The simple but flashy set has a background of mirrored doors, reflecting the audience, as well as the actors themselves. Director Robert O’Hara (Barbecue and Bootycandy) does a masterful job at the blocking and timing.

The first scene is a female slave Kaneisha (played by Joaquina Kalukango) and the plantation overseer Jim (Paul Alexander Nolan). The second is the lady of the main house (Alana, played by Annie McNamara) and the slave she brings in to play the violin and be her sex toy (Phillip, played by Sullivan Jones). And finally we have a pair of handsome young men—one black and the master (Gary, played by Ato Blankson-Wood) plus his white indentured servant (Dustin, played by James Cusati-Moyer). In all cases, garments as well as inhibitions (if there were any) are stripped away for sex acts of one variety or another.

What we learn later (this is a two-hour play with no intermission) is that these goings-on are part of an academic study called Antebellum Sexual Performance Therapy. The six characters, now clad casually, three couples in Slave Play real life, are there for therapy with two consultants: Tea (Chalia La Tour) and Patricia (Irene Sofia Lucia). They “process” their experiences and it’s no surprise when verbal battles and tears ensue.

If you’re a white person, Slave Play will make you laugh, squirm and feel all that white guilt we deserve to feel. I’m not sure what a black audience member thinks, but I’m going to ask.

Slave Play runs through January 19 at the Golden Theatre on 45th Street.

Harold Pinter’s 1978 play is considered to be based on his own extramarital affair and it has often been staged. (The 2016 Raven staging was excellent.) It’s cleverly constructed, beginning after the end of the seven-year affair between Emma (Zawe Ashton) and her husband’s best friend Jerry (Charlie Cox)  and moving backward. It ends with the beginning of the affair at a party where Jerry, fairly drunk, confesses to Emma that he’s mad about her.

The cast is the same as the smash hit London production and features Tom Hiddleston as Robert, the betrayed husband. Jamie Lloyd’s direction is intricate and he creates a stunning and beautiful production. Betrayal is made up of nine scenes, mostly involving two of the three principals. (There’s also a delightful cameo role for the waiter, played here by Eddie Arnold.) The only furniture is a couple of chairs and a small table. In every scene, the third member of the triangle is on stage, watching intently or not watching, standing, leaning or sitting. Dramatic lighting projects the characters’ shadows against the charcoal gray back wall.

The betrayals, of course, are multi-layered. Not only does Emma betray Robert. Jerry betrays his wife Judith and of course, betrays his old friend Robert. Both men work in book publishing. And Emma lies to Jerry about when she actually told Robert about their affair—or Robert lies to Jerry about when he knew about it. The scenes—marked by projected graphics—take place in Robert and Emma’s home, in the flat Jerry and Emma rent for their afternoons, in restaurants, bars and a Venice hotel.

Another critic commented to me that she thought the staging was pretentious and slick, but I don’t agree. The third person symbolizes the splintering relationships and the presence of that person during the two-person scenes adds an ominous element.

Betrayal runs through December 8 at the Bernard B. Jacobs Theatre on 45th Street.

The Height of the Storm

This play by Florian Zeller features moving performances by two noted actors—Eileen Atkins and Jonathan Pryce—and a plot made up of the puzzle pieces, repetition and misdirection for which Zeller is known. Christopher Hampton directs  an intriguing 80-minute production that leaves you with questions to puzzle over. As I chatted with other theatergoers after the play, we pondered several questions. “Was she really dead?” “Did she feed him poison mushrooms?” “Was he suffering from dementia?” and “Who’s buried in the garden?” I love a play that ends with that sort of ambiguity.

The elderly couple Madeleine and Andre played by Atkins and Price live in their country home near Paris; the play is set in the large kitchen/sitting room where Madeleine repeatedly returns from the market and prepares Andre’s favorite lunch. Their daughters Anne and Elise (Amanda Drew and Lisa O’Hare) deal with the problems of aging parent(s). How can he live in this big house by himself?  And who is the woman? Is she a former lover of Andre’s or is she an estate agent?

The three plays by Florian Zeller that I have seen this year all share similar qualities. I found them all fascinating: The Father at Remy Bumppo in Chicago, The Mother at the Atlantic Theater in New York, and The Height of the Storm on Broadway. The Son, the final play in Zeller’s family trilogy, was staged in London in February.

The Height of the Storm runs through November 17 at the Manhattan Theatre Club’s Samuel J. Friedman Theatre on 47th Street.

Sylvia Khoury’s new play is a thrilling and emotional story of love and survival among Syrians displaced by the war to a refugee camp in Lesbos, Greece, in 2016. The titular power strip is both literal and figurative. It’s a lifeline attached to a string of extension cords for Yasmin (Dina Shihabi), a young Syrian woman who once led a middle-class life in Aleppo, her decisions governed by men. She’s now fiercely independent, except for being tethered to that power strip, and determined to reach the future she dreams of.

Tyne Rafaeli skillfully directs this play over 90 minutes in which Yasmin loses her Syrian life and her fiancé Peter (Ali Lopez-Sohaili), arrives at the refugee camp where she meets Khaled (Darius Homayoun) and becomes a warrior to stay alive.

Read a full review of Power Strip by my friend Cathy Hammer, with whom I saw the play. Power Strip continues through November 17 at the Claire Tow Theater, the newest  performance space above Lincoln Center Theaters.