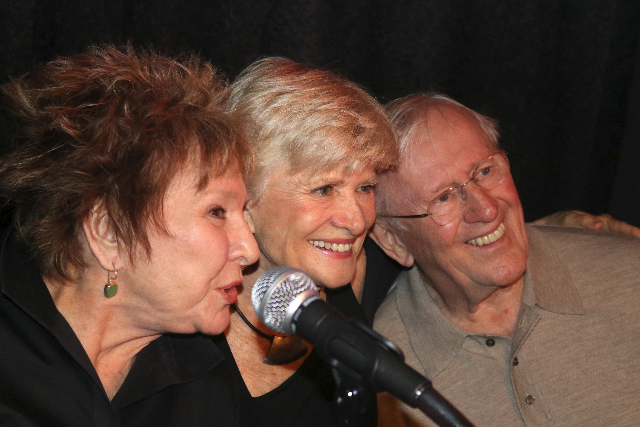 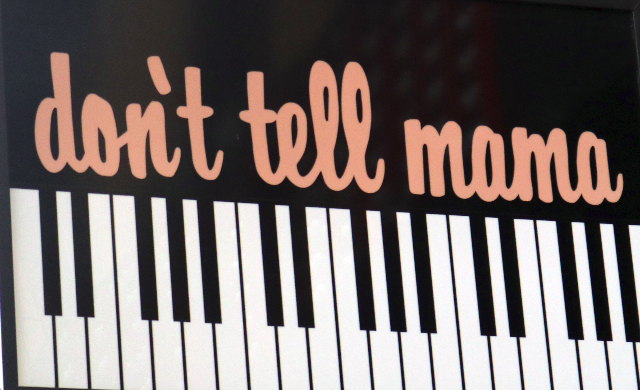 A nightclub on Sunday morning. 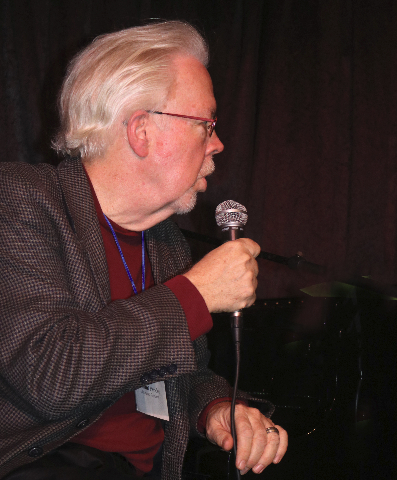 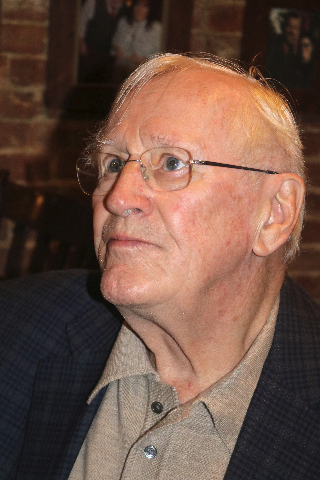 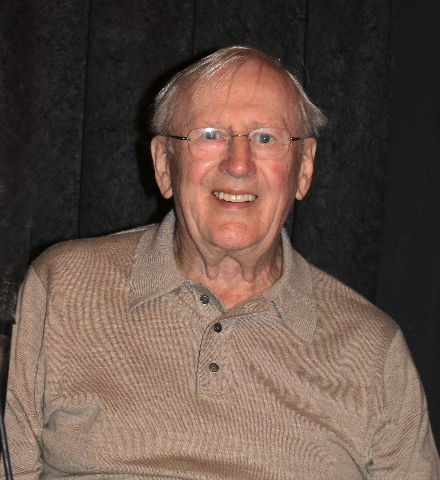 Cariou is a character in the TV series Blue Bloods. 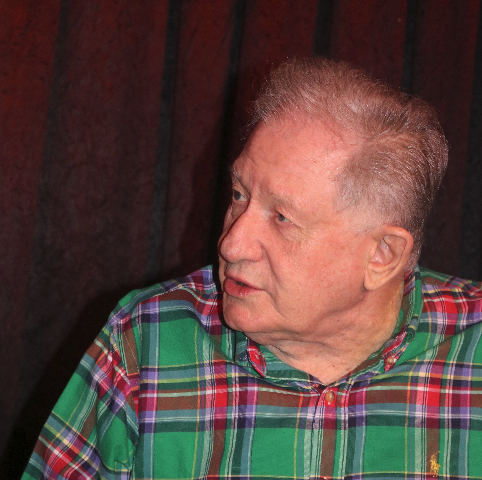 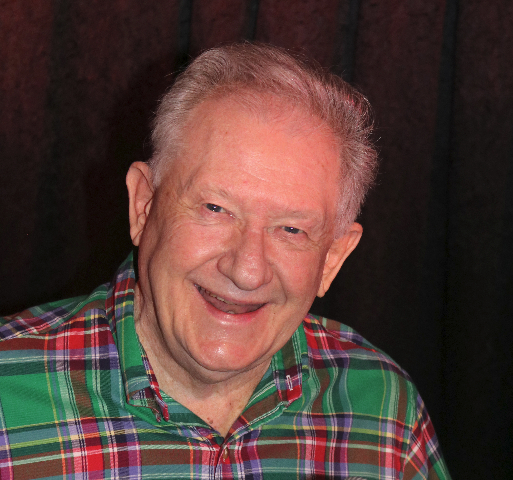 He performed in a famous flop. 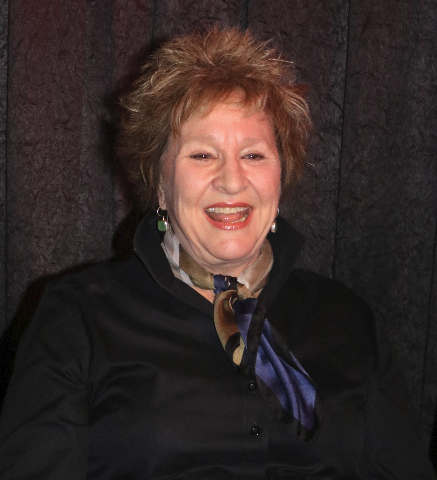 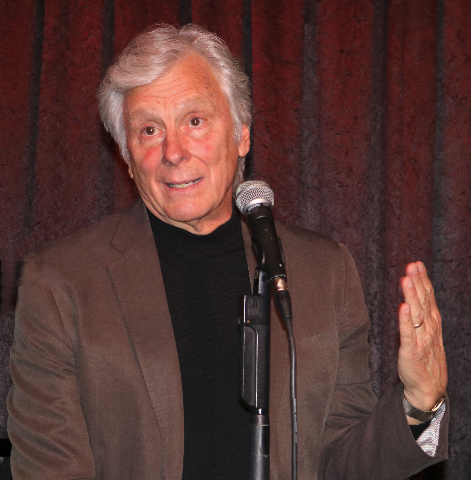 Kurt Peterson called his friends to join him. 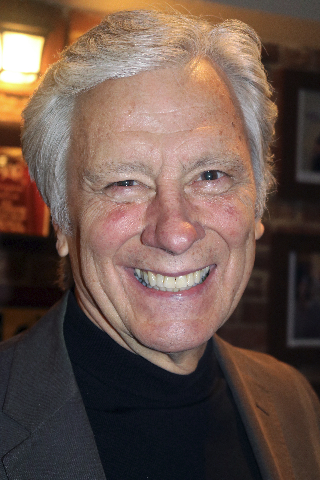 Peterson is a producer as well as performer. 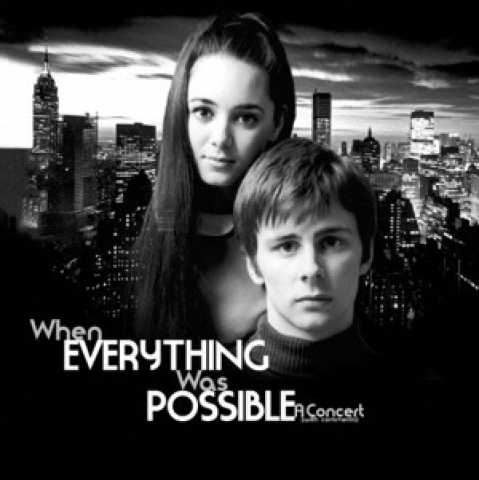 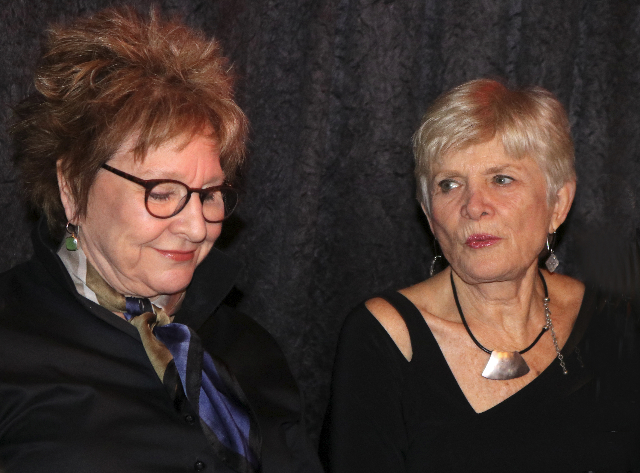 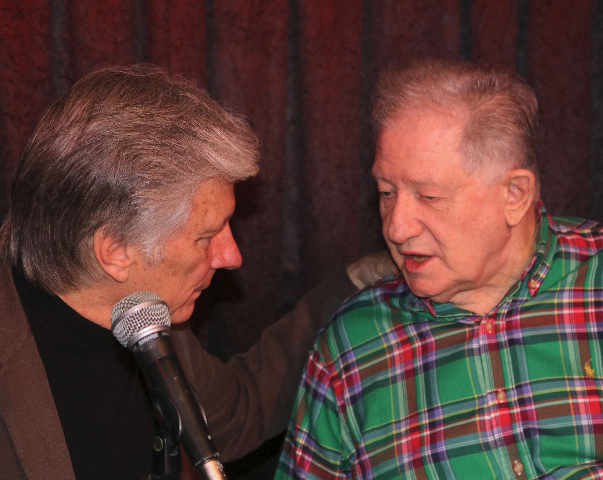 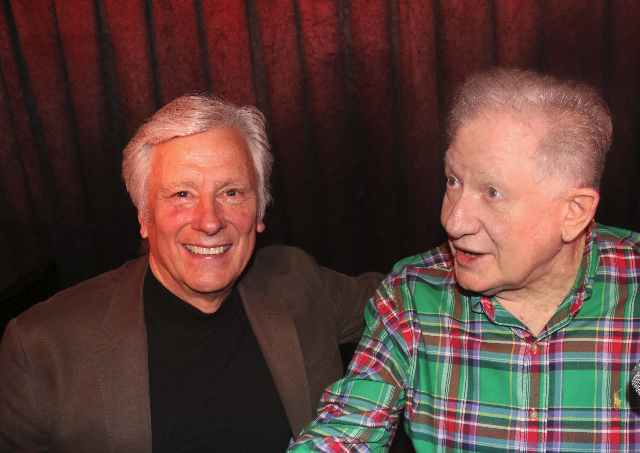 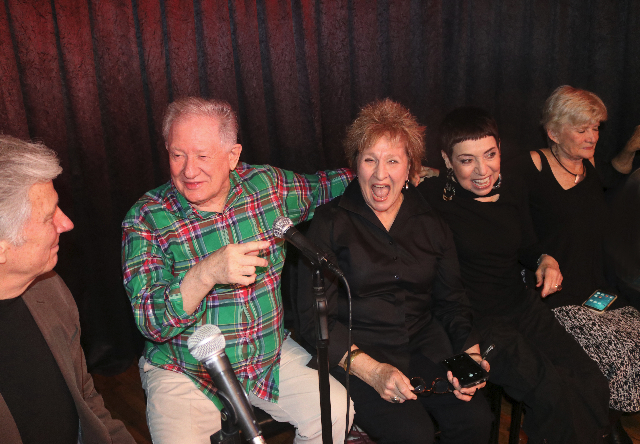 Sherry Eaker joined the panel for a photo op. 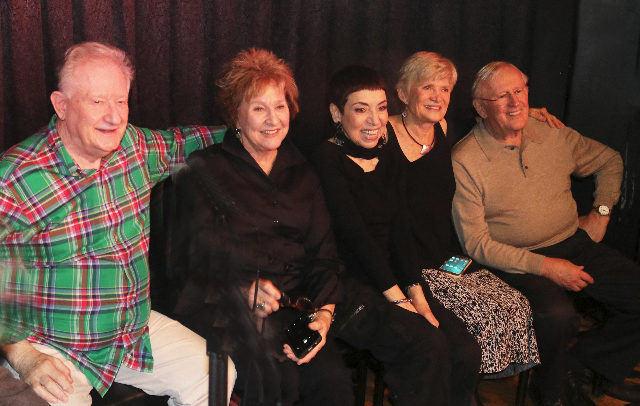 Memories of a Sunday Morning with Stephen.

Last week, the American Theatre Critics met for a three day, mini conference in New York. The event featured meetings, panels, tours, lunch with the stars at Sardi’s, and shows on Broadway. Considering the distance and commitment of travel some delegates came early and stayed late.

The organizers, spearheaded by Sherry Eaker, and the NY committee, hope that the members will return home and file reports. Press agents were generous in providing comps to several hit shows. Some had just opened or were in previews.

As has become a tradition the conference wound down with bagels and coffee at the nightclub/ cabaret “Don’t Tell Mama.” Previously, we had enjoyed sessions with cabaret performers, a specialty of Eaker.

This time, however, she called on actor and producer, Kurt Peterson, coordinating with critic/moderator, Rick Pender, to create a panel focused on Stephen Sondheim.

The final morning session, often a tough sell  this time competing with the NY Marathon, resulted in a packed and rapt room full of theatre critics.

Now 87, Stephen Sondheim is the foremost national treasure of American musical theatre. The word ‘genius’ was often heard during the sublime and insightful dialogue.

In a remarkable career he has earned an Academy Award, eight Tony Awards, a special Tony for Lifetime Acheivement, eight Grammy Awards, a Pulitzer Prize, a Laurence Olivier Award, and 2015 Presidential Medal of Freedom.

Working with Leonard Bernsetein, as the protégée of Oscar Hammerstein, he wrote the lyrics of West Side Story (1957).  It was followed by lyrics for Gypsy with music by Jule Styne (1959).

Previously he wrote Saturday  Night (1954 produced in 1997). His first successful effort as composer and lyricist was A Funny Thing Happened on the Way to the Forum (1962).

After three hits he wrote the flop Anyone Can Whistle (1964). It closed after nine performances and 12 previews. It is most notable for introducing Angela Lansbury  to Broadway.

That experience was vividly recalled by Harvey Evans. When the show closed Sondheim apologized to the cast for “Not Writing a Better Show.” It led to him originating the role of  Young Buddy in Follies (1971) with Peterson as Young Ben.

Evans originated the role of Barnaby in Hello Dolly and had other Broadway shows including Barnum, Sunset Boulevard, The Scarlet Pimpernel and 2002’s revival of Oklahoma. Looking back, however, Evans was emphatic in stating how working with Sondheim on a failed show was the keystone of a career in theatre.

It was a theme that surfaced in the recollections of Peterson, Evans, Pamela Myers, Len Cariou, and Teri Ralston.

In recounting tales of such iconic works and roles it was often astonishing to learn of the near misses and crap shoot of producing for Broadway.

Ralston revealed being young and naïve when, fresh out of college, she was in a production  of Jacques Brell is Alive and  Well and Living in Paris. She switched coasts and arrived with no work in New York. Auditioning for Company she had never heard of Sondheim. Initially, she was given a short, let's wait and see, contract.

When the show garnered great reviews and was a hit Ralston was offered a one year contract. Amazingly, she recalled not wanting to be tied up for that long. When she balked, insisting to the audience that she wasn’t playing games, more money was offered.

Looking back that show changed not just her life and career but the entire genre of musical theatre. “It opened the door for later experimental shows including Hamilton.” She did a year with Company on Broadway and then another year with the show in London. Later she originated the role of Mrs. Nordstrom in A Little Night Music (1973). She went on to a career as director and teacher including a number of Sondheim productions.

From all of the actors there were anecdotes of  the challenges of mastering the difficult music. During rehearsals Sondheim never contradicted the director in the presence of the cast. There was also discussion of the seminal role of  producer Hal Prince most notably for his brilliance in casting.

We learned that Sondheim composed a number of songs for specific actors. Myers was unequivocal in expressing that “Another Hundred People” in Company launched  her career. The song and role earned her a Tony nomination for a supporting actress. She told us how the song expresses just how much she loves being a New Yorker. In regional theatre she has had roles in Sunday in the Park with George, Rose in Gypsy and Mrs. Lovett in Sweeney Todd as well as the 2002 revival of Into the Woods.

The career of Kurt Peterson began when he played Tony in the 1968 revival of West Side Story at Lincoln Center. During the audition Prince asked his age? “I’ll be 23 in February” he answered. Prince said “I didn’t hear that. You’re 22.” The night before he had been on a bit of a bender and leaving the audition he recalled that his toothbrush fell on the floor.

After what started as a promising career there are gaps in his resume. There was a period of professional doubt before launching a career as a producer as well as performer. That included the legendary concert A Musical Tribute in 1973 which almost didn’t happen. An all star group was assembled including Ethel Merman who dropped out to attend a birthday party in Florida. The original director wanted to create a musical drama. Sondheim said “no way” and the next day flew in a London based director who was familiar with the tribute concert format.

There was an emotional moment when looking around at the other four artists he had brought together Peterson commented on how many of the Sondheim family are no longer with us. Reaching into his pocket he pulled out the CD he made with the late Victoria Mallory, When Everything Was Possible. Early on she had been a girlfriend but they remained friends after they parted. He dedicated the event to her memory.

Today Len  Cariou is best known for his role as the grandfather in the hit family cop show Blue Bloods.

As a young actor he was working in regional theatre. He was assistant artistic director of the Guthrie and in a production of Oedipus Rex when told that Sondheim had written a musical for him called Sweeney Todd opposite Angela Lansbury, In 1969 he had debuted on Broadway and won awards for Henry V and Applause for which he earned a Tony nomination. He originated the role of Frererik Egerman in Sondheim’s A Little Night Music (1973).

Six years later there was a conundrum when he got called for Sweeney Todd. Initially, because of the Guthrie conflict, he turned down the offer. Then there were rewrites and delays. By then Oedipus was nearing production. Again there was an offer.

“There was a compromise” Cariou said. “I was committed to four performances a week so I asked if I could do them on the weekend. On Mondays I flew to NY for rehearsals.”

Also there were problems with Lansbury who didn’t want to play Mrs. Lovett so dark. It is after all a gruesome play. She was on the edge of termination when there was a blowup that keyed her performance.

During a visit to London Sondheim had attended a production of the play Sweeney Todd. He inquired about acquiring the rights. In negotiation Prince was told by an agent that a composer had already been approached.

“Perhaps you didn’t hear me” was the next exchange. “Stephen Sondheim wants to turn it into a musical.”

Given its very challenging theme and content Sondheim was elated by the audience and critical reception. “They got it” he exclaimed as Cariou told us.

Asked about his most memorable and career shaping roles, without skipping a beat, Cariou stated “King Lear" and Sweeney Todd.”

There was a knowing sigh from critics in the room who have  grow up and old with Sondheim. It has shaped so much of how we think about theatre. By the way, back in the day, Sondheim was an undergraduate at Williams College. That's just a hop skip and a jump down the road from where I am writing this piece.