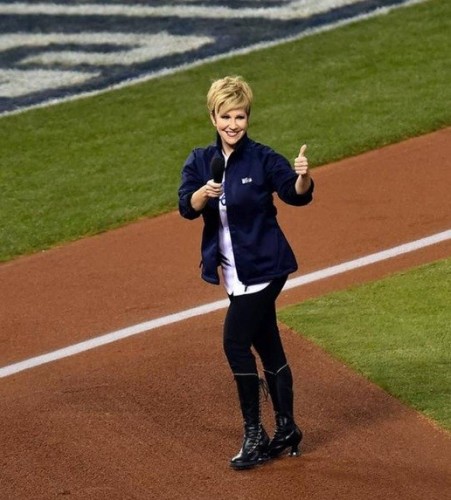 Joyce DiDonato sings the National Anthem Before Game 7 of the World Series. Madison Bumgarner did not get the message. 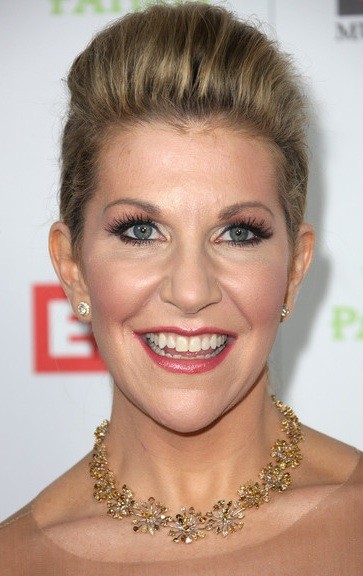 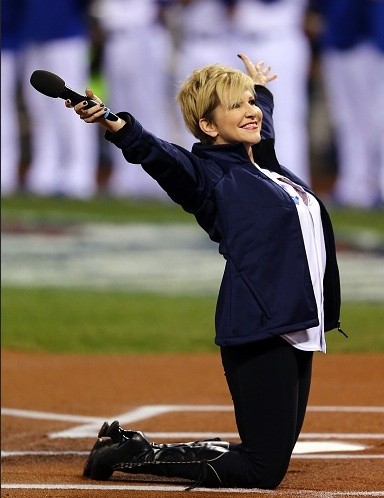 DiDonato, on sacred ground in Kansas and at Carnegie

Joyce DiDonato is a national treasure. She was announced to the nation when she sang the National Anthem before Game 7 of the World Series in Kansas, her home state. Unfortunately Madison Bumgarner did not get her message.

Opera aficionados and young singers have known about her since she first stepped on to the music scene. Her performance as Cinderella was broadcast around the world last spring in HD. You could see and hear her perfection.

Director David McVikar says she digs very deep. What is also clear is her attention to detail which does not bog her down. Instead she seems liberated by all the attention she has paid to the music on the way to creating a sublime performance.

Her concert at Carnegie Hall was no exception to the DiDonato method.

Her program was adventuresome, but also evocative and in some ways conservative. The two relatively recent composers whose work formed most of the post intermission program are not familiar to me, but certainly deserve attention.

DiDonato spoke about Michael Head, who was introduced to her at age 20 by her voice teacher in Wichita. She described the transporting power of music.

Head’s beautiful songs transported the Carnegie audience to the canals of Venice, to the rocking of its waters and the gondolas, to the shimmering reflections of both day and night on the water.

Reynaldo Hahn had much of the same mesmerizing quality in DiDonato’s take.

Vivaldi’s songs are not often performed and DiDonato made a stunning case for them. Evoking the Venice of castrati, for whom these songs were written, we thought about how fortunate we are to have left behind the cruelty of their fate. Listening to DiDonato trills and decorations was pure pleasure.

Vamped up Rossini reminded us of Spanish dance instructors: “Make him look here, jabbing a finger. “Twist there,” as a one hip goes forward and the other back.

Her voice as ever was pure and full of dynamic variety. She has a wondrous capacity to hold a phrase in the breath, shaping it seemingly effortlessly.

Perhaps her effort to help Kansas take one big step to victory had tired her. She seemed at moments to be conserving her voice. But DiDonato being Di Donato she left everything she had on the stage, filling the hall, as Ned Yost would say his ballplayers did at the end of the World Series, with all she had.

Yes, DiDonato, a national treasure, singing in her favorite venue. The temple of music, she calls it. Carnegie Hall.