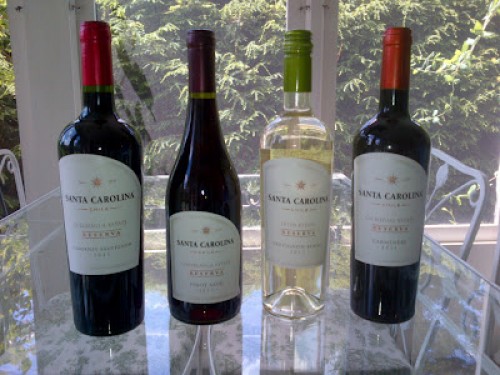 I must confess that during the past month that I had and still have a problem loading recent photos of the events I capture online. So, for awhile, a rather long time, I have laid off the blogging aspect of my life and followed the Twitter and Facebook side, with hopes of fixing the no new photo problem. Plus, I thought I had a medical issue,which eventually turned out to be nothing.

A friend of mine, a plastic surgeon, talked to me at a music concert (Arlo Guthrie) and noted that there was something strange on my face and I better go to an Ear, Nose, Throat specialist to get it checked out. She thought it was a salivary gland tumor. Since my palate is my life, I thought I better get it checked out immediately. I did.

The ENT specialist from NYU (New York University) examined me and disagreed with the plastic surgeons prognosis, but said, to make your friend happy, why not get an MRI with contrast.

The following week, I had my MRI, only to discover that it was just a false scare.

That brings me to this week, where I had the honor, again, of judging the Sommelier Slam competition at the International Chefs Congress, which took place at the Brooklyn Expo Center in Greenpoint, Brooklyn.

Only one of the ten entrants of the Sommelier Slam competition will be crowned as the winner. Master Sommelier, Fred Dexheimer,was the master of ceremonies and the go-to guy at the sixth annual Sommelier Slam.

There were ten contestants who qualified for the finals.

Jordan Egan of The NoMad of New York City

The competition kicked off with sommeliers answering rapid fire questions from Fred Dexheimer, MS. The somm with the first correct answer received two points, while the other somms with correct answers received one point. Those who didn't get correct answers, of course, received no score. The competition consisted of fifteen obscure, nerdy-type questions. Sommelier Sara Moll kept tabs of the scores in round one. The idea was to find out the wine knowledge of the contestants. After a brief break, round two of day one began

Part two of Day 1 began as Chef Evan Hennessey of Stages at One Washington (New Hampshire) prepares a dish for the sommeliers to pair. In this case, the dish had oysters in it, a sorta stew that was buttery and quite out of the ordinary. The goal was for the somms to pair a wine, sparkling wine, beer or cider that goes with the dish and then sell the judges, mostly all sommeliers, on the pairing. The top five contestants that displayed the ability to sell and scored well in the wine knowledge exam advanced to round two, day two of the competition.

The competition began with four contestants, as Michael Dolinski was a no-show. Rather than reduce the field to three contestants after the first round of day 2, it was agreed that all four somms would battle it out to the end of the competition. The remaining four somms were given a blind tasting and were asked random wine trivia. Scores were tallied on the results as Chef Joseph Duenconsejo of Wassail, NYC, prepared veggie only dishes for the contestants to pair and then sell to the audience. Competition was fierce for bragging rights as Somm Slam winner.

After all of the votes were tallied, Daniel Toral emerged victorious and winner of New York's 6th Sommelier Slam. Besides bragging rights, Daniel won an IPad courtesy of Uptown Networks, an LX GE undercounter glasswasher, courtesy of Hobart and a Nespresso coffee machine courtesy of Nespresso.

As for next year and the 7th Sommelier Slam, the competition is open to wine professionals including sommeliers and beverage directors. Selection is determined by StarChefs and will be based on work experience, pairing philosophy and examples of specific wine pairings.