The Chinese Lady by Lloyd Suh 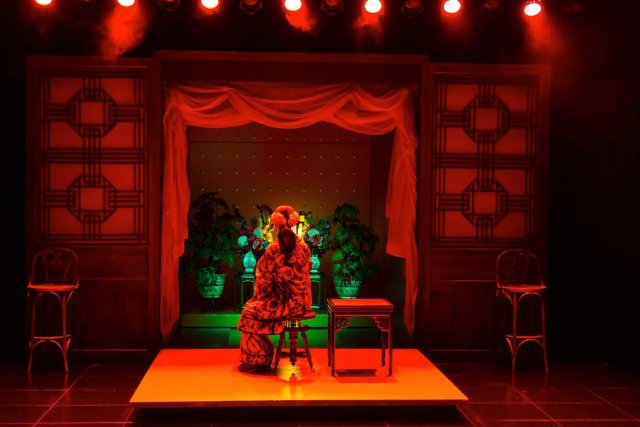 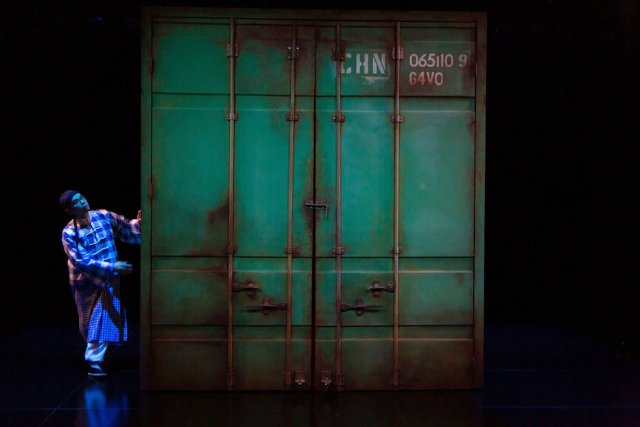 Long Wharf Theater is back with a fascinating play, The Chinese Lady running through Sunday, Oct. 31. It had been planned for the 2019-20 season until Covid interrupted the production.

The play by Lloyd Suh is based on Afong May, who came to the US in 1834 to “perform” for curious Americans telling them about Chinese life. May was purported to be the first Chinese Woman to set foot on American soil.

While very loosely based on May, the play expands her life and experiences into her 80s. In reality, there is no record of her beyond 1850 and she did not appear at P. T. Barnum’s museum.

That doesn’t detract because Suh has created a compelling character. For most of the 90 minute play, we see her on her stage giving one of her “performances.” Taking questions from the paying audience, eating with chopsticks, demonstrating the tea ceremony and both describing the process of binding the feet (which caused audience groans and sharp intakes of breath) and walking on her tiny bound feet.

She is assisted by Atung who is both servant and interpreter. We are to assume that what we hear from Afong are her thoughts and that Atung translates them into simpler English. This becomes very clear when she visits the White House and President Andrew Jackson, which actually occured. Atung plays both Jackson and himself and we see how he takes Afong’s sophisticated ideas of helping to bring peace through understanding into simplistic and sometimes subservient words.

As she ages, the crowds lessen as more Chinese emigrate. Many Chinese men emigrated both because of the gold rush and the building of the transcontinental railway. In fact, so many came to the west coast that Congress passed the Chinese Exclusion Act in 1882 which banned immigration in China. The initial act was limited to 10 years but was later extended another 10 years and made permanent, though it was repealed in the 20th century.

With any play that is based on real people, the playwright walks a fine line; here Suh has an easier time since so little is known about Afong Moy. He is free to invent her background (sold to two Americans to help them promote the sale of Chinese goods for a two year period), her feelings about her “job” and the world and much more.

But he does fall into the trap that many playwrights with a strong political or moral purpose do; he can’t trust us to get the message. Instead he has Shannon Tyo, the actress playing Afong come back to the present time and describe the violence that has been committed against Chinese immigrants both in the past and present. The laundry list of atrocities while good to know, makes the entire evening feel like a lecture not a theatrical event. Perhaps it is good to be reminded or to learn of the persecution and killings that occurred particularly in the late 1800s.

Suh doesn’t trust that his audience “gets it” so he must have her hammer home the message.

Entering the theater you see what looks like a large metal container that is used on container ships. As the play begins, Atung opens the container to reveal a well – appointed salon. He then pulls out the platform on which Afong performs. She sits in her kimono as she talks about her life while Atung brings her the tea and food as well as reminding her to walk. We see parts of the performance over time; she gets older, Atung gives her less food, and then the crowds begin to disappear. With the set, scenic designer Junghyun Georgia Lee has found the perfect symbol for Afong Moy.

Fabian Obispo has composed original music and designed the sound to provide ambiance. Linda Cho has kept the costumes limited but seemingly authentic. The lighting by Jiyoun Chang is fine..

This could become a static piece; after all Afong mostly sits and talks to us, but director Ralph B. Peña has not allowed that to happen. It never feels static as Atung moves around the stage.

Shannon Tyo is fine as Afong projecting sadness as she gets older, as well as superiority to Atung. Jon Norman Schneider’s performance as Atung easily balances between being servant and an equal.

Despite some reservations, The Chinese Lady is an enlightening production that gets the Long Wharf season to a strong start.

Tickets and Covid protocols are at LongWharf.org.