Charles Wuorinen's 80th at the Guggenheim 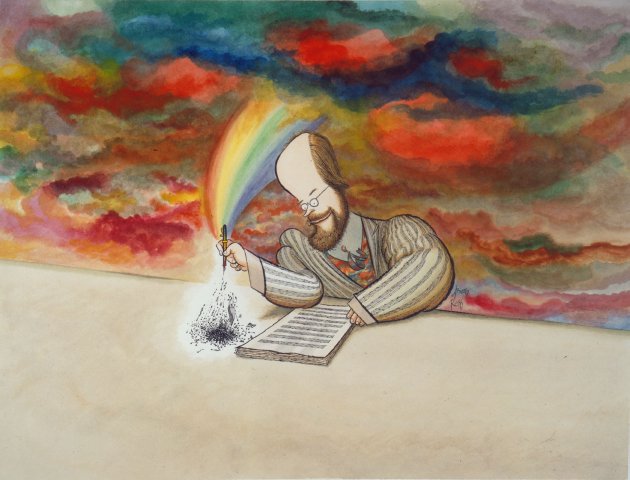 Charles Wuorinen Celebrates his birthday at the Guggenheim

In celebration of his 80th birthday, Works & Process at the Guggenheim presented Charles Wuorinen's two String Trios, composed fifty years apart. In conversation before and between the superb performances of the Goeyvaerts String Trio, whose take on his work was praised by the composer, Wuorinen commented on his state of mind and ear at the time of the first composition. The Second String Trio is a world premiere commissioned by Works & Process.

Clearly in String Trio 1968 he wished to control any performance of the work.  Wuorinen detailed the length of notes with dots, time and suggestions for achieving an effect. The figure most frequently heard is a held note punctuated by a scratched, uncomfortable accent.  These repeated figures were passed between the lead violin, the viola and the cello.

Discussion of the difference between a Trio and a Quartet made clear why one so soothes and the other disturbs.  A Quartet is described as a balanced chorus.  The Trio takes out the tenor, or the alto is you will.  It is unbalanced.  String Trio 1968 makes this very clear.  You are disoriented. The effect, if not other worldly, is certainly spectral.

The cellist Pieter Stas points out that the newly commissioned Trio was held at the Brussels post office for two weeks, as authorities examined the dangerous package.  Works of contemporary music may be considered dangerous weapons, but Stas explained that perhaps what might hurt the ear, or disturb it, was not lethal.  The Trio turns out to be exciting and often lovely.

Wuorinen explains that over the years he has come to believe performers did not need the composer's direction on every beat and in every note.  Just as the composer hears a piece in his head before he commits notes to paper, performers should hear the piece as they perform and respond to its sounds, not the very specific notations of the composer.

It was a moving evening as the composer spoke and we listened to his work. He has developed over the years.  We eagerly await his next work.  Wuorinen reports that when a composition is finished, he does not look back. Nor does he revise 'mistakes.'  Instead he corrects them in the next composition.  We are ready to hear it right now.