A Nose Job by Douglas Hodge 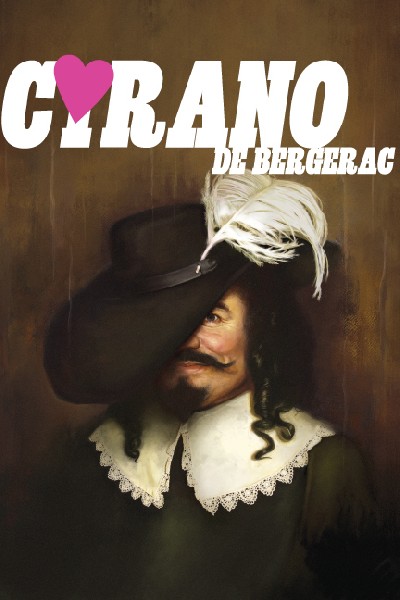 Cyrano at Roundabout on Broadway. 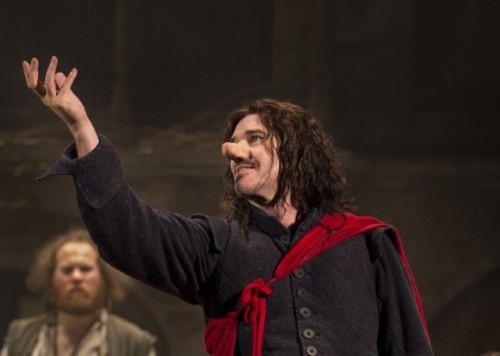 Everybody knows Cyrano de Bergerac – he of the bulbous snout – if not by name alone, than by play, movie, or perhaps even history. Yes, Hercule-Savinien de Cyrano de Bergerac (1619 – 1655), the French dramatist and duelist actually existed though not exactly in the form that dramatists have portrayed him.

Published in 1897 by the French poet Edmond Rostand, the play, his most successful work, is the story of Cyrano's love for his cousin the beautiful Roxane. He is obliged to woo her on behalf of a more conventionally handsome but less articulate friend, Christian de Neuvillette. In the play’s most famous scene — shades of the Romeo and Juliet balcony scene – the tongue-tied Christian, using lines being fed to him by Cyrano, is seen declaring his love for Roxane. Intoxicated by what she believes are Christian’s florid confessions, she declares her love for Christian.

First performed in Paris by Constant Coquelin in 1897, and at Théâtre de la Porte Saint-Martin – in 1900, he brought the play to the U.S. with Sarah Bernhardt playing Roxane.  Cyrano, with many translations under its belt, has been performed, from rhyming couplets to modern day speech, to song, by a cadre of actors, stage, screen, and TV. Not unlike Dumas’ Camille in which countless actresses, among them – Bernhardt, Duse, Nazimova, Charles Ludlam, and the forever incandescent Garbo, in her most famous role, lined up around the block to play the beautiful tubercular courtesan.  The highly romantic role of Cyrano was equally sought after by a stream of actors eager to play the wild and poetic hero.

In 1990, the play was adapted for screen with Gerard Depardieu in the title role. The dialog was in French with subtitles written in rhymed couplets the form of the dialogue in the original play. Nominated for an Oscar as Best Actor, Depardieu lost out to Jeremy Irons in Reversal of Fortune. In none of the adaptations is there any mention of Cyrano having had a fourteen year long affair with writer musician Charles Coypeau d’Assoucy, or suffering from tertiary Syphilis and being confined to an asylum by his own brother. Ishbel Addyman revealed these facts in her book Cyrano: The Life and Legend of Cyrano de Bergerac (2008). It is also rumored that he did have an affair with his cousin upon whom he based the character Roxanne.

Cyrano, thanks to the Roundabout Theatre Company, is back on Broadway. I wish I could say that their production of Cyrano – among the most romantic theatrical chestnuts and long a favorite of mine – blew me away. Alas, and sadly, no such occurrence took place.

The play opens, in opera-like fashion, which means a stage filled with lots of costumed extras waiting for and talking about Cyrano— where is he, when is he coming, and what he is going to do when he gets here. All of the sudden, Cyrano, inhabited by Douglas Hodge sporting the grossest nose known to mankind, which makes the deceased Michael Jackson’s nose look normal, is heard yelling from the balcony. This is followed by shouts from the back of the house, the orchestra, and eventually the stage, the point being the guy is highly athletic, and unpredictable.

Hodge, who won a Tony in 2010 playing a cross-dressing night club performer in La Cage aux Folles, does have a few reflective moments. There is one nice scene when Cyrano bemoans the fact to his friend Le Bret (Max Baker) that Roxane (well played by French actress Clémence Poésy) cannot get past his nose to see his love for her. For the most part the production, with an updated translation by Ranjit Bolt, seems to be directed in shock and awe style by London director Jamie Lloyd. It’s as if nobody trusted the original script to carry the evening.

What is mostly lost in the cacophony of voices and the play’s bombastic action is Rostand’s words, the authentic poetry of the play. The one actor, whose classical style of acting differs from all the rest, is Patrick Page, the original Green Goblin in Spider-Man: Turn Off the Dark. Page plays the villainous aristocrat Comte de Guiche. His bad deed, which turns Roxane into a widow, is sending her newly wedded husband Christian (Kyle Soller) into battle.