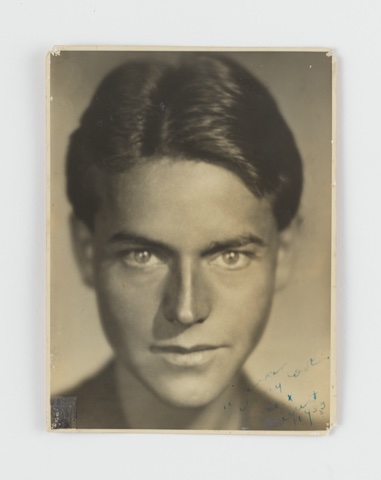 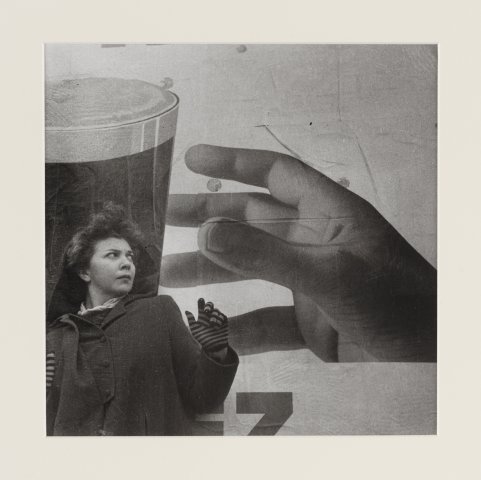 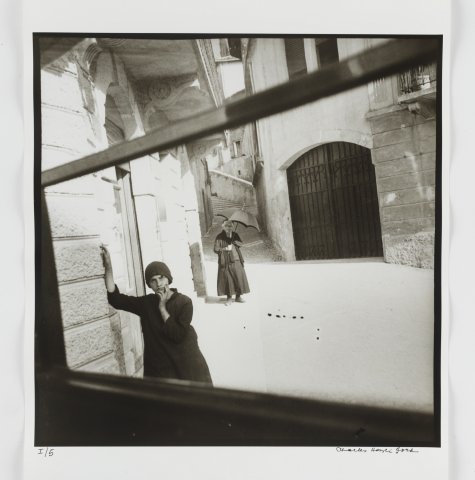 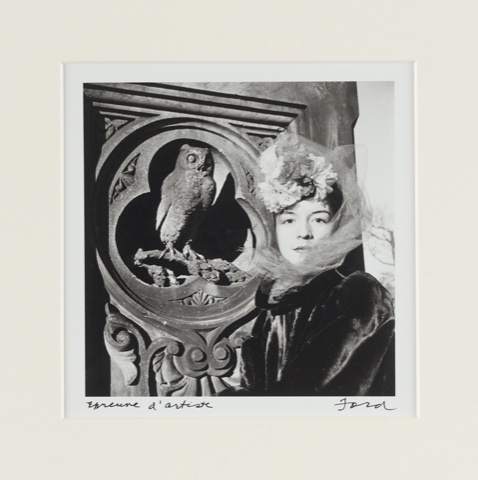 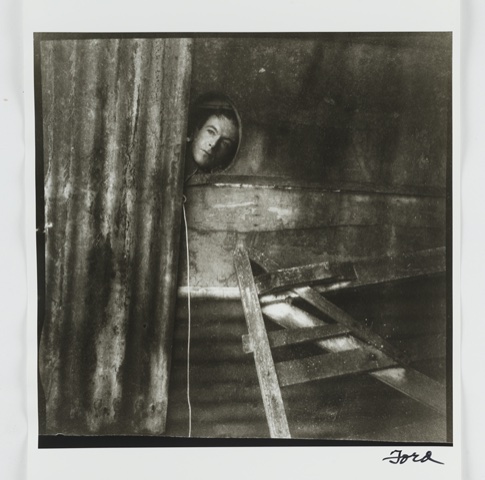 Cecil Beaton: Caught in a Mirror 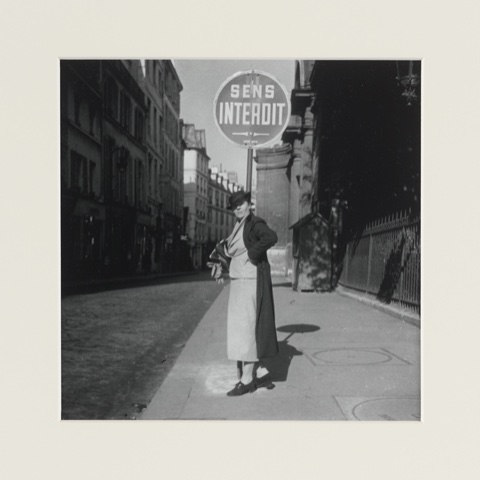 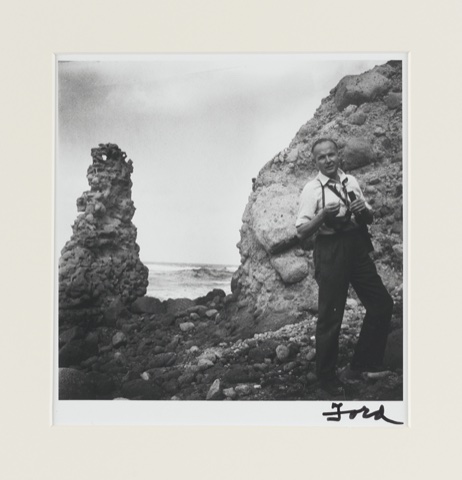 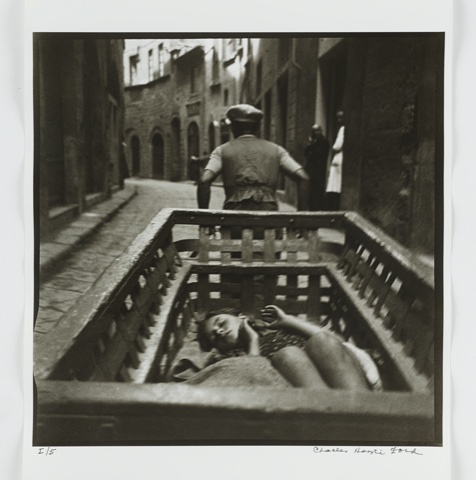 Girl in a Cart 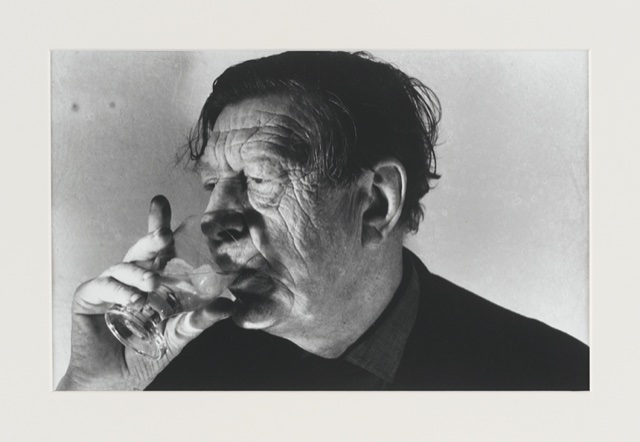 Born into a family of hoteliers in Hazelhurst, Mississippi in 1909, Ford spent a peripatetic childhood moving from hotel to hotel - Louisiana, Arkansas, Kentucky, Tennessee, Texas and Alabama. Actress Ruth Ford was his sister, and only known sibling.

Precocious and ambitious, while still in grammar school he published “The Brass Monkey,” a typed broadside that he would distribute to his classmates.

His first poem, “In the Park,” was printed in The New Yorker when he was just sixteen.

He continued publishing poems in various avant-garde, “little” magazines, and, while still under his parents’ roof, launched Blues, A Magazine of New Rhythms.

Envisioned as a vehicle for experimental writing, Blues provided a forum for many of the great modernist writers of the day: Ezra Pound, Erskine Caldwell, E.E. Cummings, William Carlos Williams and Paul Bowles.

In search of material for an expatriate edition of the magazine, he wrote to Gertrude Stein in Paris. She responded, and the two began a correspondence.

After only nine issues Blues ceased publishing, but it established Ford’s reputation in international avant-garde circles. Gertrude Stein declared, “Of all the little magazines that died to make verse free, the youngest and the freshest was Blues.”

Expelled from high-school for “cutting classes, smoking in my room and organizing petting parties,” seeking new friends and a new environment, he left his parents’ home and moved, briefly, to the historically queer enclave of Greenwich Village.

It was here that he met the author and film critic Parker Tyler. Their racy experiences became the basis for their collaborative novel, The Young and the Evil, which was banned in the United States and Britain until the 1960s.

Stein called The Young and the Evil  “the novel that beat the Beat generation by a generation.”

In 1931 he sailed to Paris “to study vice.” “The editor has come to Paris,” exclaimed Gertrude Stein. “He's as young and fresh as his Blues.”

0penly homosexual, disarmingly handsome, Ford had relationships with both men and women, notably Djuna Barnes, for whom he helped type the manuscript to her best-selling novel, Nightwood. Even though Barnes, too, had homosexual relationships, and was twenty years his senior, Ford proposed marriage. She declined. However, she soon introduced him to the aristocratic, displaced, Russian-born, surrealist painter and set-designer, Pavel Tchelitchew, eleven years his senior.

Ford was dazzled by Tchelitchew, “I’ve found a genius.” The dazzling flowed both ways. They moved in together in 1934 and lived between Paris, New York and Rome until Tchelitchew’s death in 1957.

Saturday nights were the jour fixe at 27 Rue du Fleurus, home of the most famous American in Paris, Gertrude Stein. In addition to her astounding art collection and modernist writings, Stein, (along with her lover, Alice B. Toklas,) hosted an invitation-only, weekly salon. Dedicated attendees included philosophers, painters, poets, aristocrats, and American expatriates. They came for Stein’s colossal personality, her foresight on art, insight on literature, and her natural charisma.

It was here that he met the photographer Henri-Cartier Bresson. The encounter marked a turning point in his life. Greatly influenced by Bresson’s black and white, poetic, surrealist photographs, Ford bought a camera and went out into the streets to photograph scenes of Paris life.

The show, titled Love and Jump Back, takes its name from Ford’s unpublished memoir. It includes photographs ranging from portraits of friends - a young Paul Bowles, a not young W. H. Auden, a stylish Cecil Beaton, a hot young male, or two, touching on the work of Mapplethorpe, (decades before Mapplethorpe,) and of course his surrealistic pictures, imitative of Bresson. “Ford made street photos that explored the link between Surrealism and photography that Cartier-Bresson had forged- uncanny juxtapositions of artifice and reality,” explains Frame.

While Girl in a Cart  speaks to the aspect of ‘dream’ associated with the surreal, my personal favorite is Ford’s image of Leonor Fini, one of the most important female surrealist painters of the twentieth century. The photograph is staged, almost like a game. A mysterious hand reaches out from a corner of the frame as if to grab hold of a glass. Fini herself appears apprehensive. Pure theater, quintessentially surreal and yes “uncanny juxtapositioning.”

Another example is the photograph of Cecil Beaton. Here the young and dapper Beaton is posed in what appears to be some sort of an attic, his handsome head framed by a hole in the wall.  Or, as Frame suggests, he could be “caught in a mirror but disembodied.” Pure surrealism.

The surrealist pictures are preceded by several street photographs taken in Paris and Rome. I’m especially drawn to the image of two women in an empty street in pre-war Italy. Ford has shifted his style to focus on the urban poor. Both women face the camera, framed by the lines and shapes of the ancient buildings behind them, which add dimension to the image. Here indeed is an authentic moment in time.

Throughout his life Ford made photographs which have rarely been seen or published. Love and Jump Back revisits that body of work exhibiting Ford’s uncanny vision and acute sense of style.