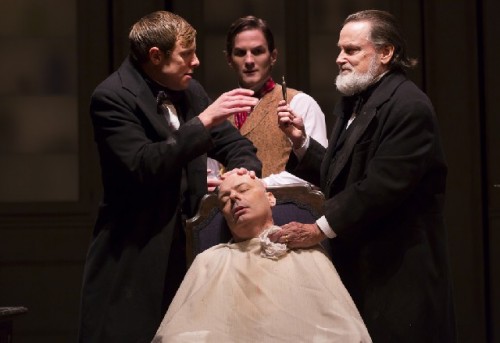 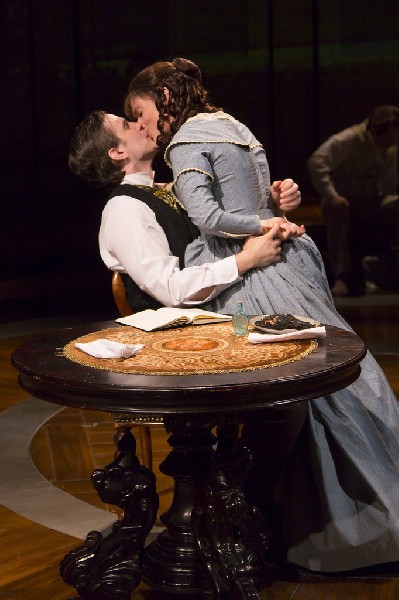 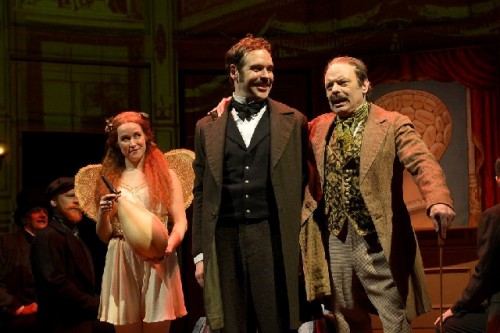 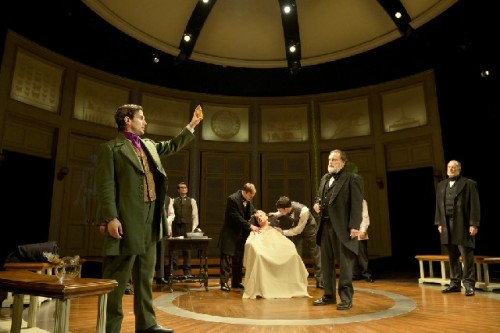 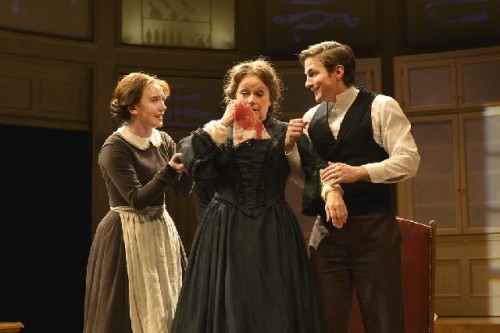 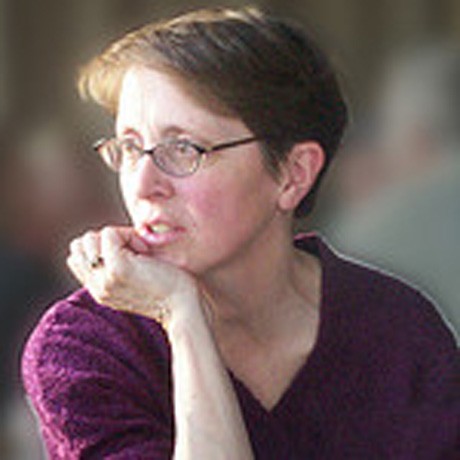 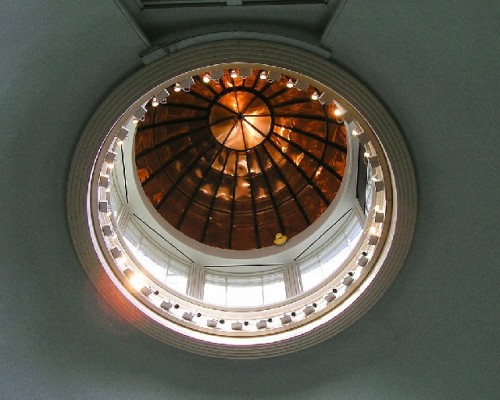 The well-presented and well-acted medical drama by Elizabeth Egloff tells the true story of the discovery and more importantly medical establishment recognition of ether as an surgical anesthetic to relieve patient pain.

The play opens in 1846 in a dentist office in Hartford, Connecticut and shows the rather barbaric treatment of patients. It then goes to the use and misuse of laughing gas as a palliative potion to assist with tooth extraction. Dr. Horace Wells (played with ernest and often sympathetic intensity by Michael Bakkensen) leads the search for a way to make patients feel less or no pain during surgery.

Wells' overly enthusiastic assistant William T.G. Morton (played with focused as well asmeasured bravado by Tom Patterson) wants to take things further than his mentor. Morton embarks for Boston to work with the noted inventor/scientist/surgeon Dr. Charles T. Jackson (played by William Youman as a brilliant but reluctant yet unrecognized medical dragon). Jackson is affiliated with the "General." This is of course Massachusetts General Hospital.

Wells is invited to present to the General's staff and medical students the Laughing gas procedure. It fails, and he is jeered out of the domed surgery theatre. Humiliated, he returns to Hartford and gives up his dentistry practice and becomes a ne'er-do-well art dealer. Eventually, he goes off to Paris is search of European paintings to sell but gets involved in dentistry. Laughing gas works there, and Wells returns to Hartford and after seeing Morton again, falls into despair and is certainly a lesser man than he used to be.

Though not exactly fitting in with the educated more conservative physicians, Morton goes on to try to charm the establishment doctors of the General. He asks Jackson's help in coming up with a pain killer for surgical procedures. A form of ether is suggested. Morton adds an ingredient or two, and demonstrates its power to the General's doctors. Though Jackson guided him, Morton is triumphant, takes full credit and makes great demands on the hospital's founder and chief surgeon Dr. John Collins Warren who is played brilliantly by Richmond Hoxie. Jackson is mentally broken by the experience.

Though the play takes place over just three years, it encapsulates probably a longer historical period. Like today, medical progress often did not move quickly or smoothly. Nor is proper credit always given for great contributions.

Playwright Egloff takes a medical breakthrough, even something of a miracle and gives it life and humanity. There is a contemporary freshness to this play. The subject matter historically mirrors the discovery of penicillin and other great additions to medical care. She uses historical narrative to humanize scientific achievement while making us better understand the process. Her words clarify and underscore the scientific, political and financial elements of the true story. Markedly, she shows how everything that results in great progress does not necessarily have a happy ending.

Director Michael Wilson skillfully kept the large cast (16) individually recognizable. His organization of the ebb and flow of the scenes were rhythmic. His strategically placing players in the audience added to the reality and richness of the production as well.

Stagecraft as always with a Huntington Theatre Company production was wonderful. From the Either Dome itself, to Wells' Hartford dentist's office to the interior of Dr. Warren's house to the backyard of Jackson's home, there was a clever integration of projection and sets, props and furniture by Scenic and Projection Designer James Youmans. Costume design by David C. Woolard was period perfect. The lighting design by David Lander was superbly nuanced. Sound design by John Gromada and Alex Neumann, with original music also by Mr. Gromada, were moody and evocative.

This show demonstrates that nothing is simple in scientific discovery. Ether Dome is a very contemporary narrative play about a historic medical breakthrough. It wonderfully portrays the layered  complexity in developing the tools to help humanity while dramatizing the often very flawed human characters that play a vital role in their discovery and official acceptance.