The Thanksgiving Play By Larissa FastHorse 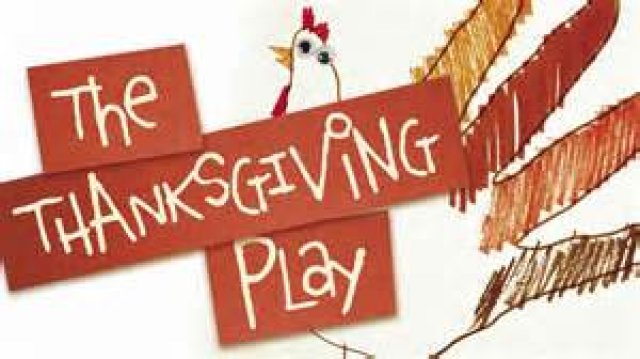 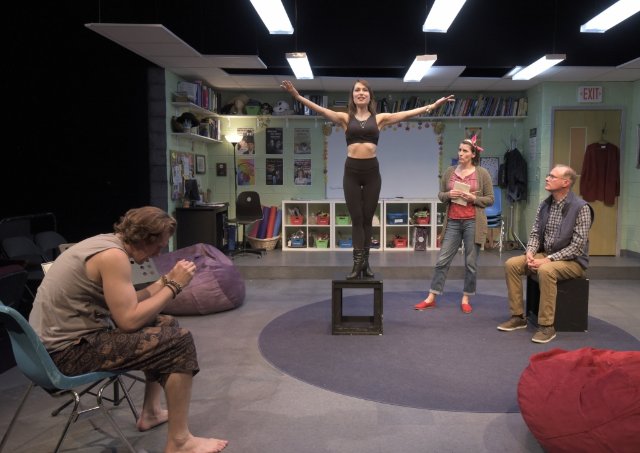 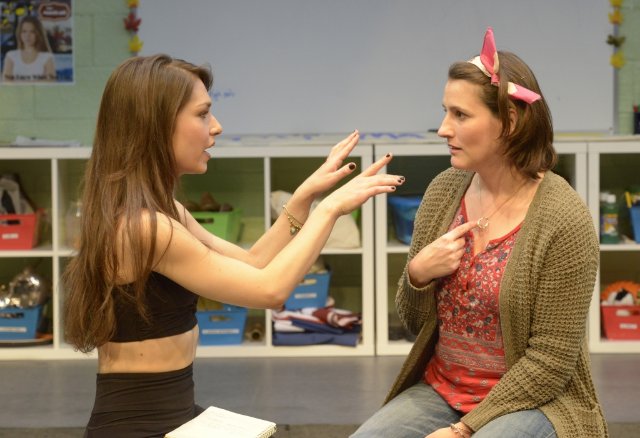 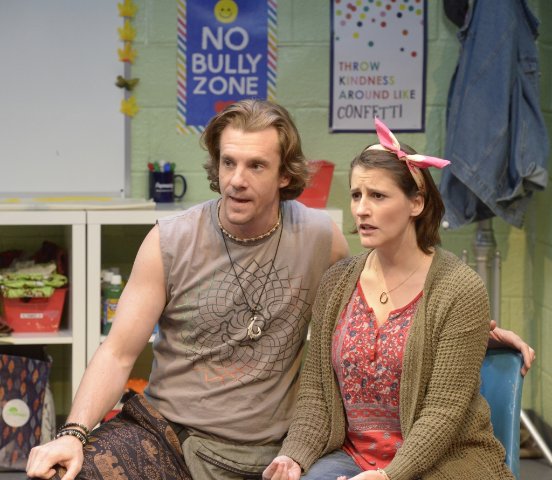 Jaxton and Logan are mega woke. 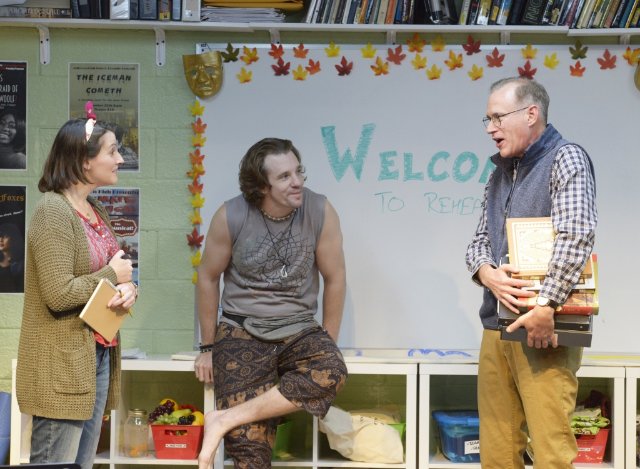 The fantasy of Thanksgiving was established as a national holiday by Abraham Lincoln. The celebration of Pilgrims feasting in 1621 with members of the Wampanoag nation was intended as a metaphor bringing together, then and now, a divided America.

The first settlers, who called themselves Separatists, survived through help of indigenous neighbors. Gratitude was expressed through launching The American Genocide.

With pinpoint accuracy and hilarious satire the Native American playwright Larissa FastHorse,  a member of the Sicangu Lakota nation of South Dakota, created The Thanksgiving Play. With an “excuse” of difficulty of finding indigenous actors for roles her many prior plays are rarely produced.

For the work presented in a terrific production at Lyric Stage she found a clever fix. Alicia (Grace Experience) hired as a Native American actress of an elementary school holiday production is actually a Caucasian performer in a “Red Face” role. She was cast based on a misleading publicity head shot. Previously, she was the third Jasmine understudy in Aladdin at Disneyland

This trope of not requiring an authentic Native American actor provides humor as well as solving a casting stumbling block. The result is that The Thanksgiving Play is being widely produced particularly during prime time holiday season. But a caveat, don’t take the kids. This is not a Native American equivalent of Disney on Ice or The Nutcracker.

Rather it's a part of the plethora of social justice plays that have become ubiquitous in recent American theatre. Instead of being hectored from the stage about white privilege, and squirming in our seats with white liberal guilt, FastHorse has us rolling in the aisles. Holding a mirror to our prejudices the joke’s on us. Rather than the all too common screed she launches power points with delicious wit. The message is dark indeed but served in the skewering tradition of Voltaire and Swift.

Logan (Amanda Collins) did extensive grant writing to fund an instructional holiday play for elementary school students. It will be 45-minutes-long and she hopes to workshop the script. For this she partners with her boyfriend Jaxton (Jesse Hinson). They are “woke” to the cacaphanous level of nightmarish. It’s a given that she’s vegan and pc to the max.

With a slip of a tongue he calls her a bitch. By way of apology, he pleads that he has spent the past year using they and them as pronouns. We really truly feel for him. Jaxton falls all over himself trying to do and say the right thing. This character seems drawn from The Squad’s playbook.

To help develop her project a history teacher Caden (Barlow Adamson) contributes reams of research in a huge binder. An amateur playwright he has scripted a potential play that follows a timeline starting thousands of years ago.

As a vegan and ultra goody goody do gooder Logan has deep conflict about pulling together a “murder” play. She notes the grim fact that some 30 million turkeys are slaughtered during Thanksgiving. One of which is given a “pardon” during a White House ceremony. Gobble gobble.

The Lyric Stage production has been crisply directed as a fast paced, ninety minute, one act play by Scott Edmiston. The four person cast works with clock-like precision as a perfect ensemble.

The wild card, in every sense, is the sensational Grace Experience as Alicia the ersatz Native American. The costume designed by Rachel Padula-Shufelt enhances her fit-as- a-fiddle figure. It entails a halter top, bare midriff, tights and boots. The guys can’t keep their eyes off of her and that includes much of the audience as well. There is a lot of deft body language in her performance.

That includes the accent of hair tosses. She tries to teach this trick to the nerdy Logan along with some beauty and makeup tips.

Alicia is written as not that bright, a dumb blonde, but in this case a brunette. With casual insouciance in the tradition of Marilyn Monroe and Judy Holiday she has all the best lines. Some, that brought the house down, are in jokes about theatre. Start with is it theatre or theater and then a gag about what the heck is a dramaturge? We roared at the latter. It appears that Lyric has a very savvy audience.

To be sure there is rough sledding through some of the social justice subtext.

When initiating the improv to develop a script Logan states that they will defer to Alicia as the resource of authenticity. That derails when her true ethnicity is revealed. That means that there is no bona fide Native American in the room. That said none of the team has the authority or privilege to speak for a Native American position. They deduce that the right thing to do is represent that voice as silence. That’s acted out. But, it’s reasoned, if that voice is absent doesn’t it confirm egregious history? Yeah, I know, it’s complicated.

Yes there are glitches but overall this was an enjoyable and insightful evening of theatre. This play has become so successful that hopefully companies will produce more works by FastHorse. With a bit of sincere effort artistic directors will discover that there are lots of authentic actors to fill roles in her plays. We deserve to see more of her work.