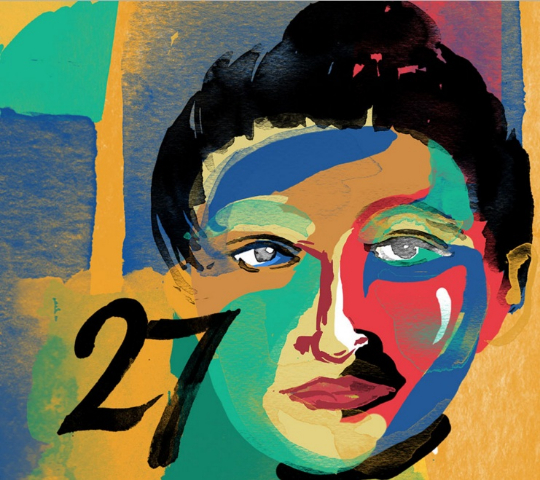 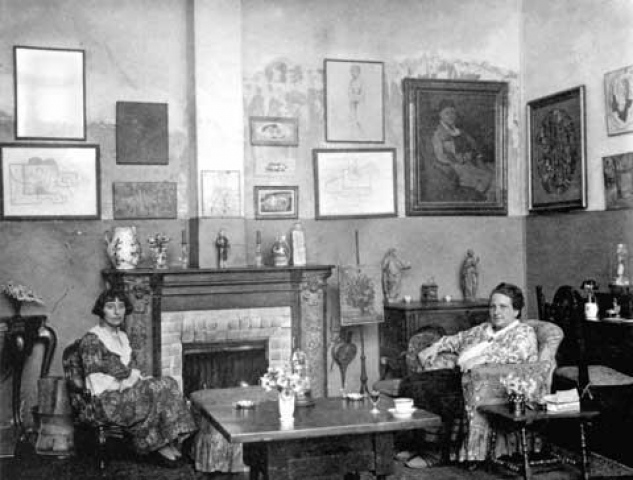 Alice and Gertrude at home 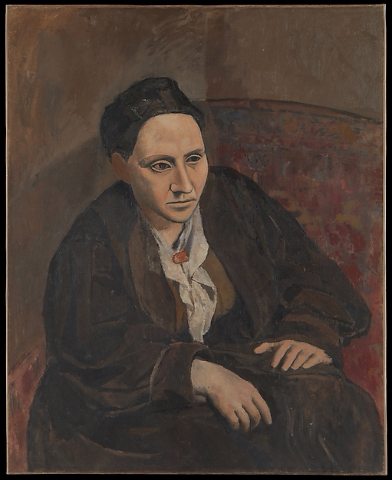 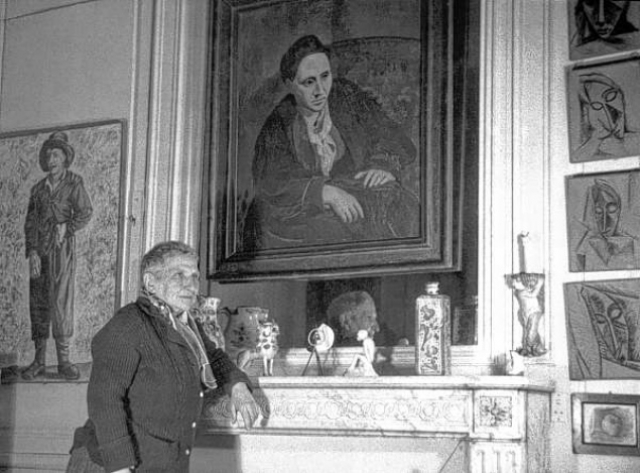 Stein and her portrait 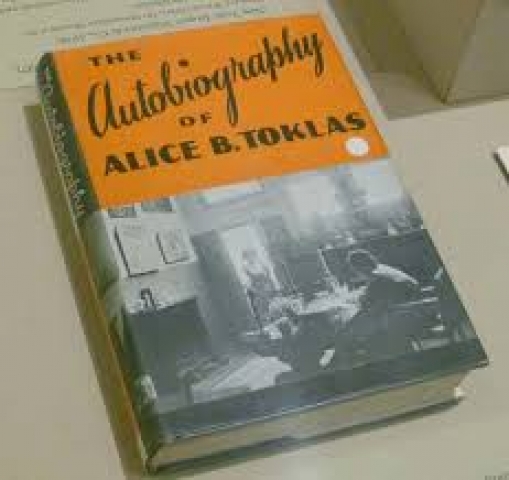 Stein wrote on Toklas to talk about herself! 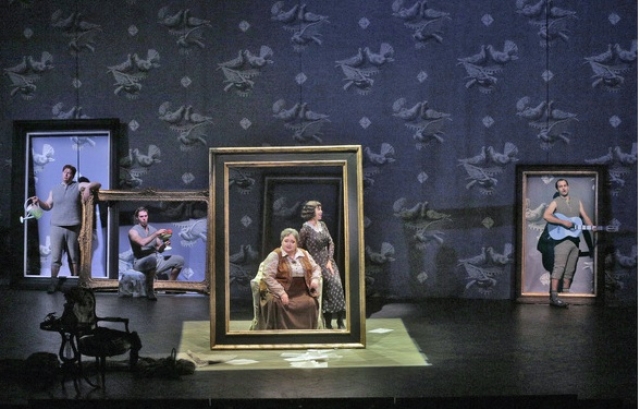 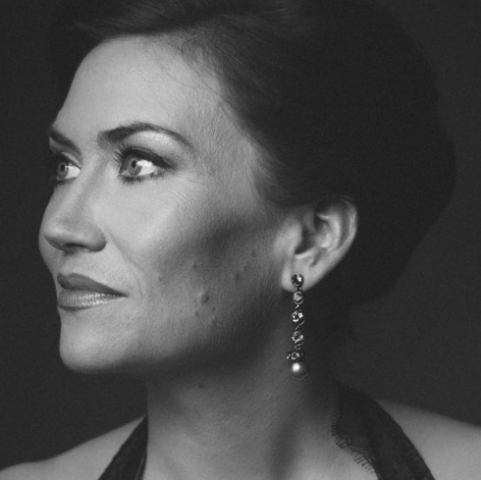 Stober magnificent as Alice B. Toklas 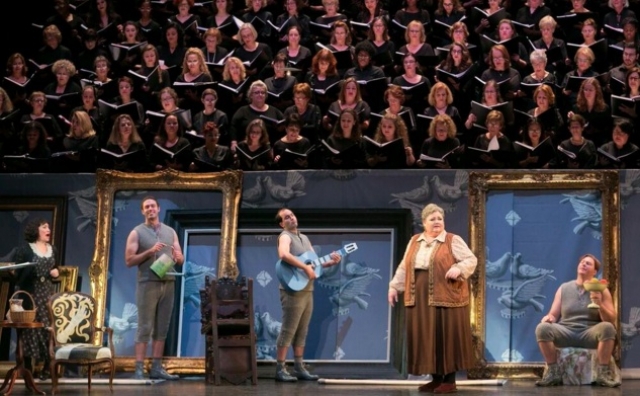 A salon is full of paintings, authors, painters and a relationship between two women, taboo in America at the time but accepted in Paris, is the setting of Ricky Ian Gordon's opera, 27. Commissioned and first produced by the Opera Theater of St. Louis, Gordon has added a 150 member chorale group to the three singers who performed as a chorus in the original production. The full chorus introduces scenes and also punctuates them.  27 inaugurates the 75th anniversary celebration of the company now known as MasterVoices.

The opera is mainly recitatif, and legitimately so.  What do people in salons do?   Talk.  There are also aria-like moments in which the singers Heidi Stober and Theo Lebow shine.

Stober has what at first seems a light soprano. The unusual texture of her voice, which is consummately pleasing, stands out.  It is full of ripples and the chimes often referred to in the text.

Lebow has a slight helden edge which is steady as his voice soars and also adds dynamic excitement.

Stober and Lebow are up and coming stars on the opera circuit and it is a treat to hear them in New York in roles that showcase their talent.

Stephanie Blythe's large and powerful voice and presence are perfect for the role of Gertrude Stein.  Blythe succeeds in making the character witty, dominating and yet charming.

This operatic take on the Lost Generation (a term coined by Stein) reminds us that particularly in the US, being gay has been tough and socially prohibited. Here in the Paris on stage, the passion between the two women is muted. Society still condemns the love that cannot be spoken. Couples have difficulty expressing their feelings out loud loud, as Stein might say.

Ryan Varvek's text is lively.  The composer said he did not want Stein's own words used, although she considered herself a genius author. Varvek did pick up the repetition that we all associate with "a rose is a rose is a rose."  In this case, it is often the terms of endearment used between Alice and Gertrude; "lovey, kitty, pussy."

The music is exuberant and tears along.  Even when France has succumbed to the Nazis Stein stays on, eventually moving to a small country town near the Swiss border.

Although Bernard Fay is not a character here, we understand that Stein had friends in high places that made it possible for her to avoid the concentration camps.  Her art was not removed by the Nazis.

Like Ezra Pound, she sympathized with the Petain government and fascism, feeling that past regimes had protected and advanced art and artists more successfully.  The opera does not touch on this biographical material.

In Act IV Gertrude dies, but lives on in the famous portrait by Pablo Picasso, one of the painters whose career she promoted.

This shapely slice of history is packed with familiar personalities whose over the top approach to their work and their hostess makes a perfect musical event.  With the added power of the chorus, Stein's victory over circumstance is enhanced and made delightful  This is a splendid start to the 75th Anniversary of MasterVoices.