We Listened, Tasted, and Smelled the Smoke. 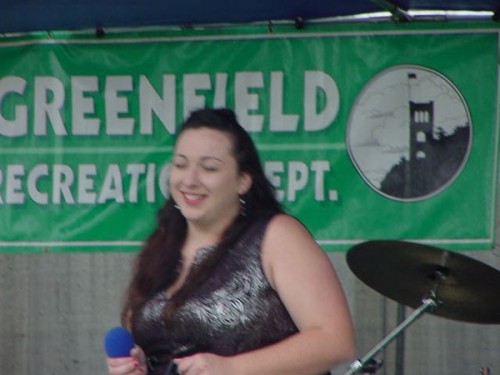 Cheerful and ebullient, Gracie Curran. All photos by David Wilson 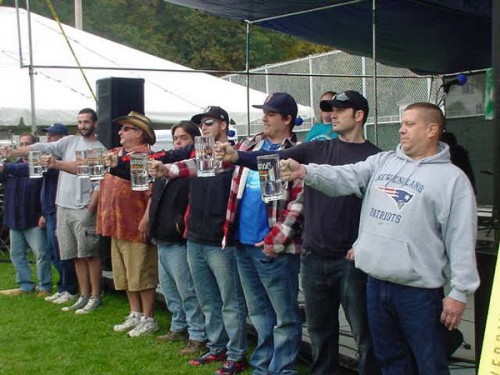 The winner was Dan Pierce, fifth from the right 4min, 39 secs. 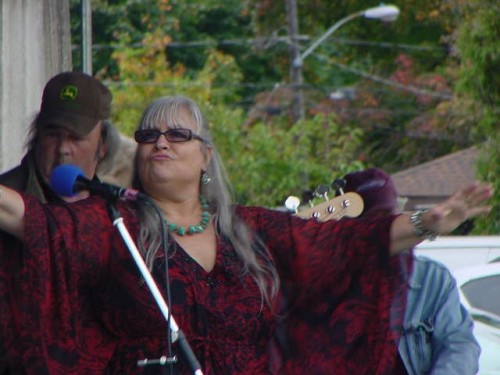 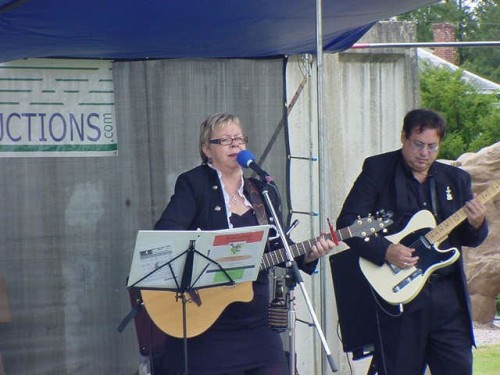 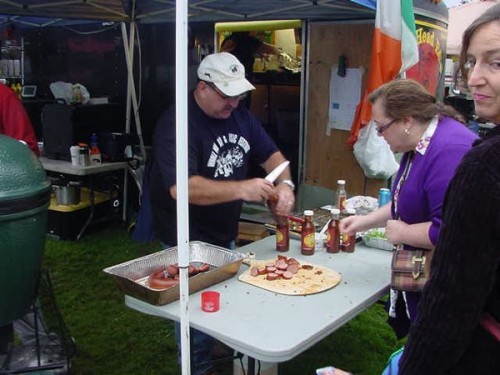 Lines too long at the food booths. We cadged some samples and tried Ed's delicious sauces as well at Big Head Ed's of Holyoke. Tasty indeed. 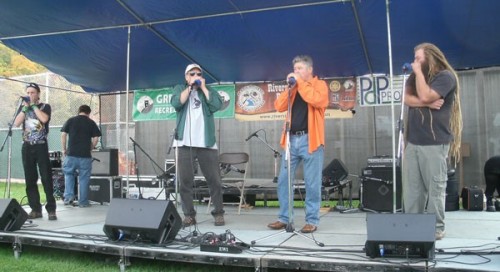 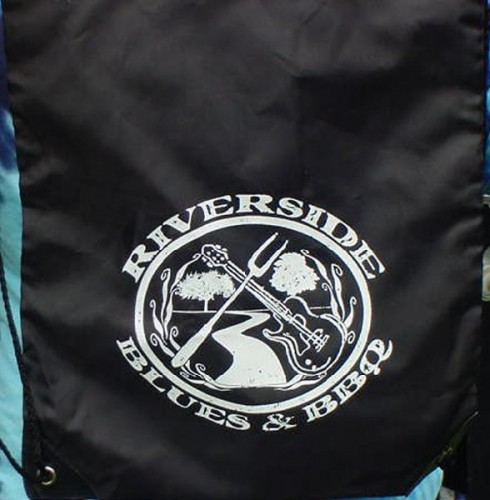 Each of the Harp players got an imprinted bag with a Lee Oskar harmonica and other goodies... 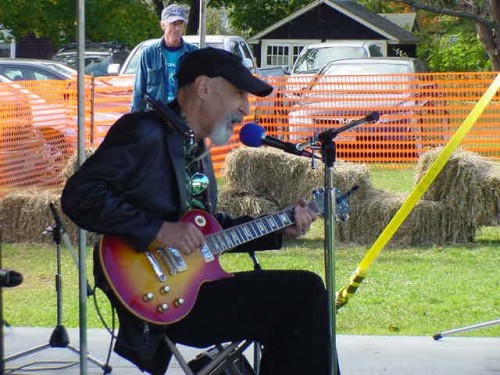 Charlie Hilbert ghosted in and ghosted out, but haunting refrains remained. 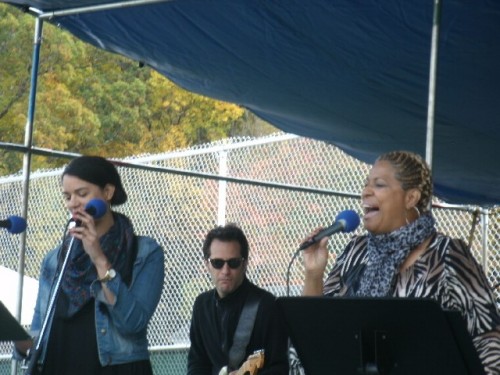 Vaneese an her band wrapped up the weekend with rousing Memphis style R&B. 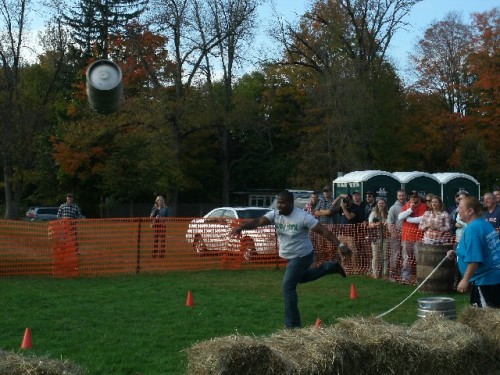 One of the many who risked strain and sprain in the Keg toss. Pretty good form. 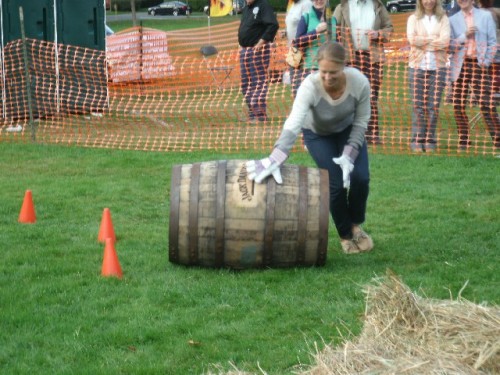 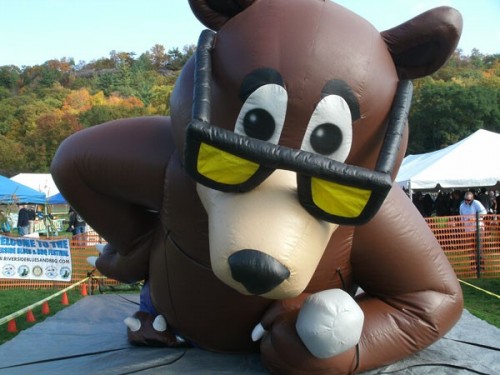 the view from the judges pavilion. 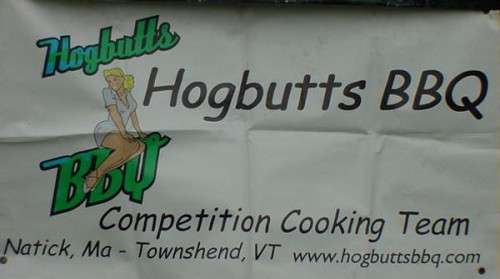 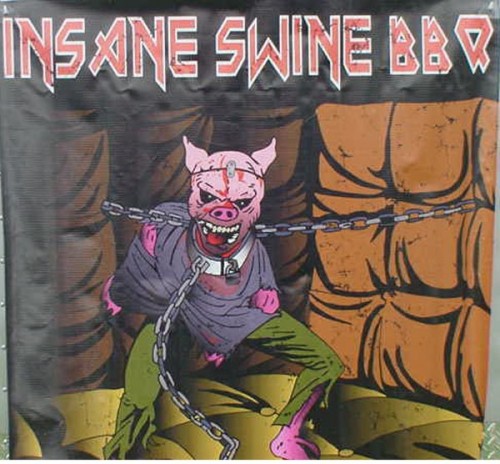 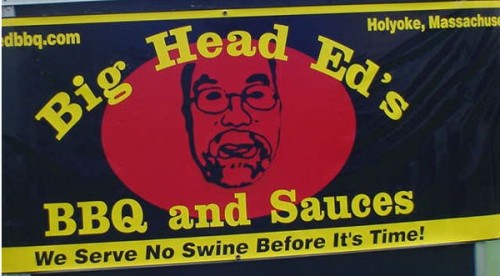 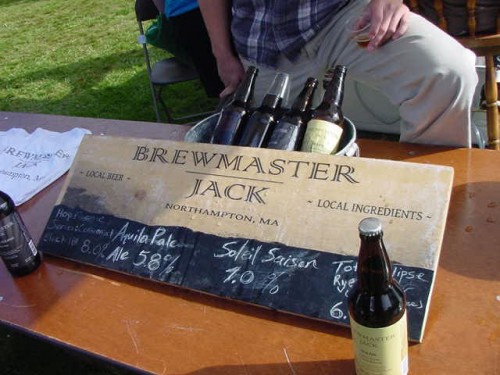 I was looking to sample some of the darker brews. Total Eclipse seemed like a good place to start.

The second stout to catch my attention... 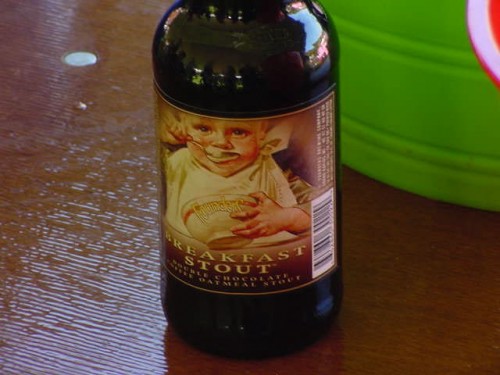 They must be kidding, but ya never know... 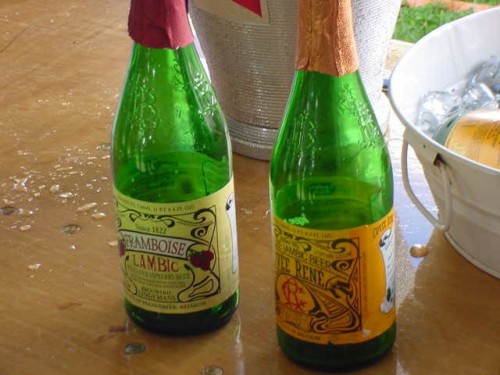 I am not a big fan of lambics, but I dicovered that I was quite partial to the Belgian Framboise. 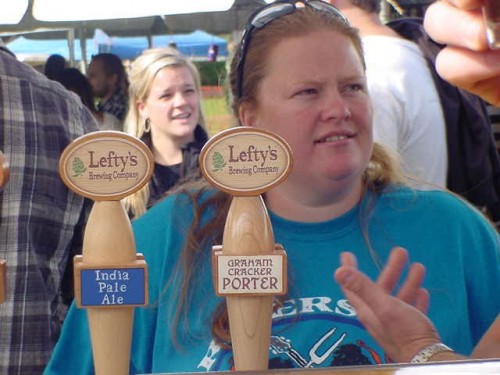 Organizer Christy Moore waiting for an empty keg for the Keg Toss. I felt compelled to help empty the Graham Cracker Porter.

In its two plus decades of operation, Greenfield’s Green River Music Festival has become not only a success, but a Franklin County institution drawing acts of national importance and renown. Only three years old, I see no reason why Greenfield’s Riverside Blues and Barbecue Festival cannot attain the same level of success if it continues to evolve without faltering.

It has a lot going in its favor not the least of which is a $5 ticket for three and a half hours of solid blues performances each day and an opportunity to sample a variety of BBQ chicken, or, depending on the day, pulled pork.

This year’s event, Oct 11-13 saw fewer vendors, but a larger audience due in part, I expect, to less than comfortable weather last year and two very pleasant days this year. Between the three ninety minute performances each day, attendees responded to invitations to join in the country fair atmosphere by participating in a number of competitions from the fanciful mustache contest to the athletic barrel rolling challenge. The beer sampling venue with dozens of local and regional hand-crafters offering up portions of their potions operated at full tilt for most of the day. Long lines stretched from the food serving booths and the ice cream stand and the aroma arising from the rows of BBQ cookers as competitors prepared their entries for judging was more than stimulating to the nose and the palate.

Families abounded and the spirit was congenial. Organizer Christy Moore was everywhere, directing her volunteer troops, problem solving and emceeing events, making sure that all ran as smoothly as possible. A full list of BBQ competition and contest winners can be found at the end of this report.

The pairing of Blues music and BBQ is a natural though not as common here in NE as in parts of the country farther south. Invitations to compete in the American Royal Invitational Cook-off, sponsored by the Kansas City Barbecue Society, are not easily come by and due to the fact that Greenfield has received by Governor’s decree the right to designate a state champion, that winner in this KCBS sanctioned event is automatically qualified to enter the national contest.

So, while the competition might be stiff, the rewards can be substantial. The event is also sanctioned and separately judged by the NEBS, New England Barbecue Society which awards its own prizes.

Blues performances this year leaned heavily on the ladies and many of them nurtured in Massachusetts. On Saturday, after Wildcat O Halloran kicked off things in his usual style with the first 60 minute set, followed by Gracie Curran and the High Falutin’ with Janet Ryan closing out Saturday.Samples of their approaches to the blues follow...

Gracie Curran and the High Falutin'

Eva Cappelli and The Watershops Band opened Sunday’s performances. Then once-long-ago NYC street performer, Charlie Hilbert took the stage. The afternoon was signed sealed and delivered with an hour set by Vaneese Thomas and her band.

The Blues event that most drew my interest and attention was the initiation of a Harp contest, with categories for over and under 18 years of age. Disappointing as was the enrollment for the initial outing, with time and promotion the competition holds a great opportunity to draw out previously undiscovered talent and I hope to see both professional and amateur divisions in years to come. Big kudos to the organizing committee for adding this and to Lee Oskar Harmonicas for their sponsorship.

I would like to see the addition of an open mic session as well. Lots of great talent around that would love a chance to find an audience.

In our coverage of the 2012 weekend we commented on the colorful and creative logo art that pervades the competition. We have added some newbies to our gallery, but you might still take a moment to look over last year’s gallery.

Whether the concept of having a separate judging by festival goers is original or not, I think it is a great idea and it is those results to which I pay the greatest credence, especially if they practice their cuisine within my dining area.

With that said, here are the results for all the BBQ competitions and festival contests.