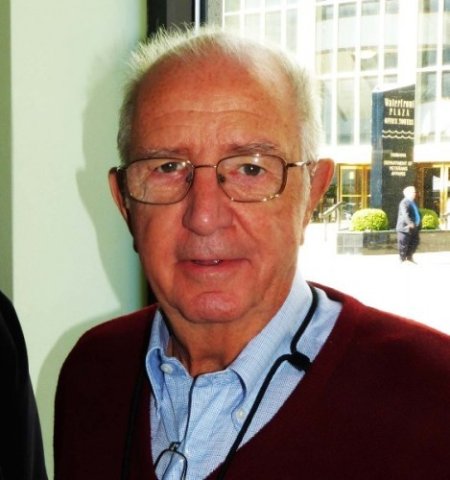 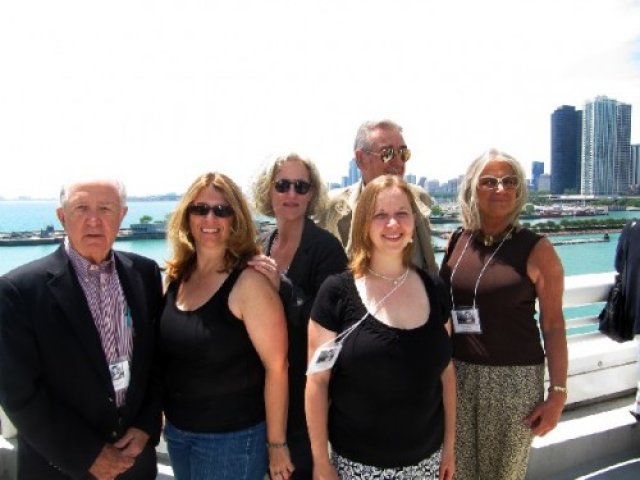 With new ATCA members in Chicago 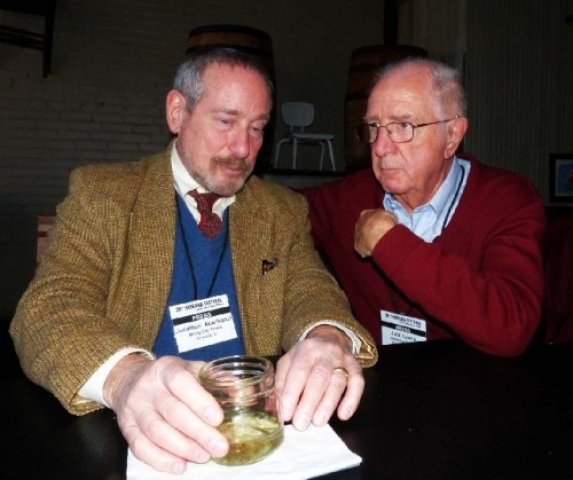 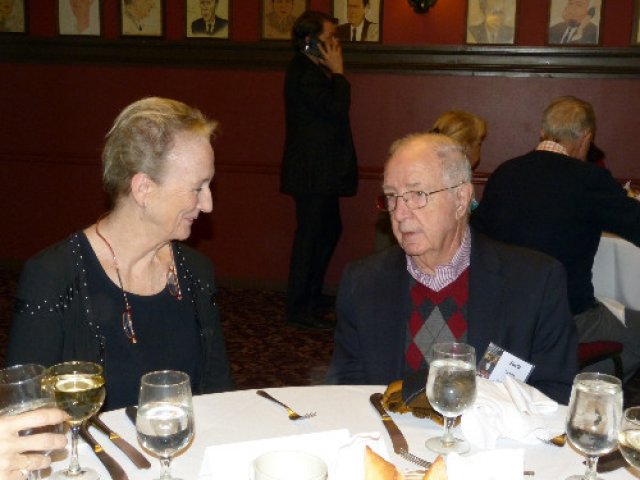 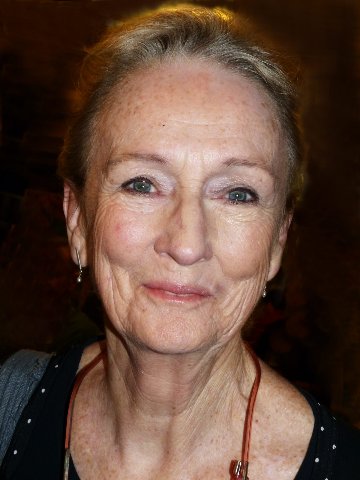 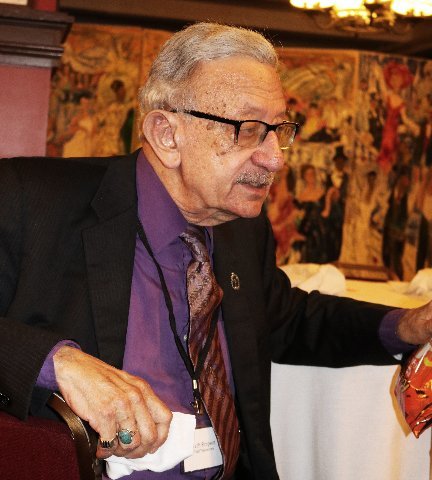 At Sardi's Jack and I hung out with Herb Simpson. 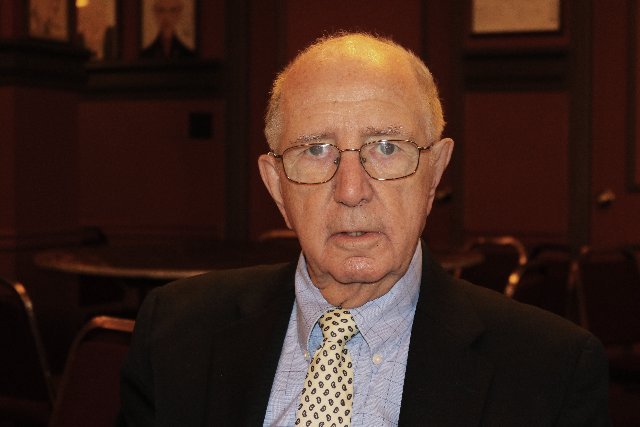 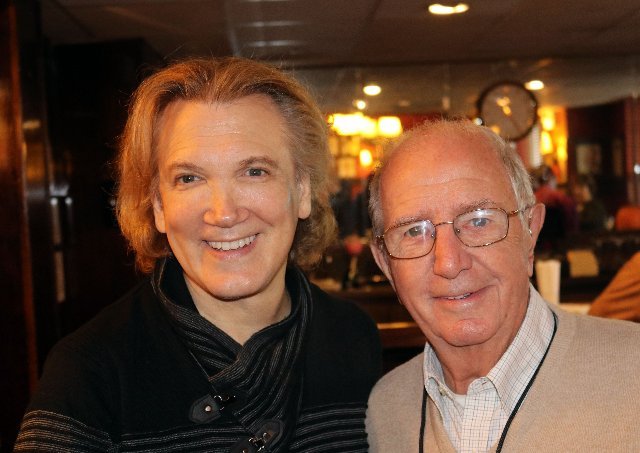 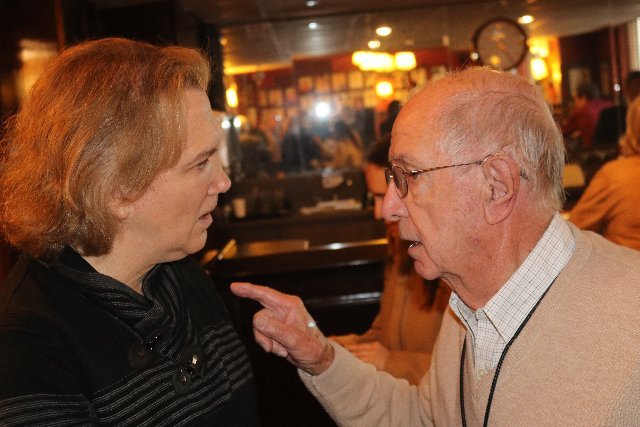 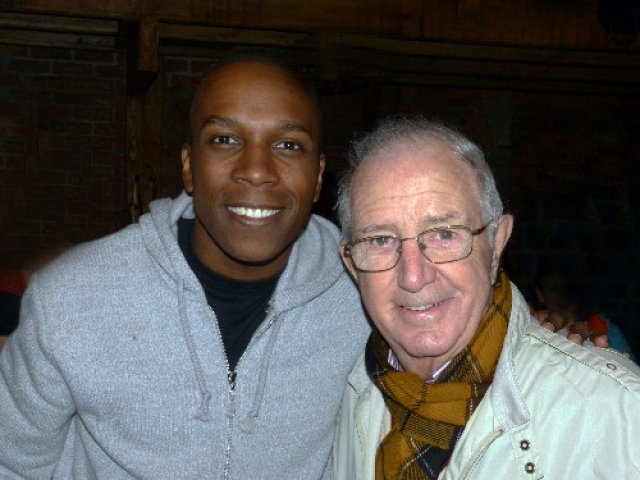 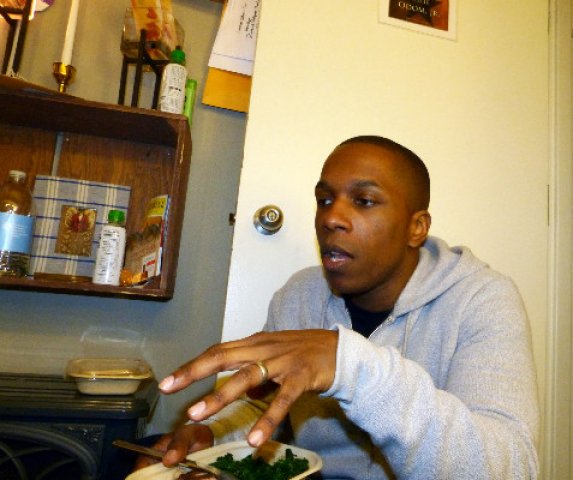 In the dressing room. 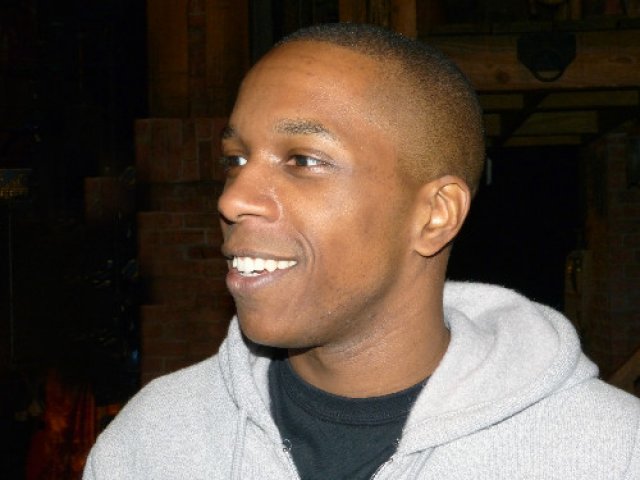 Jack was friends with the mother of Odam's wife. 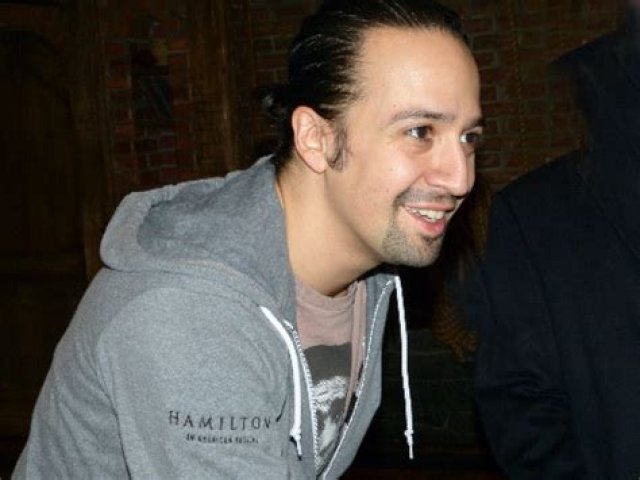 On stage with Lin Manuel MIranda.

We met in Chicago as new members of American Theatre Critics Association (ATCA) in June 2012. Since then there have been conferences in other cities and we soon bonded as joined at the hip buddies.

Truth is, in every way, Jack was always a few steps ahead of me. Although he had a decade on me I dubbed him “Jack Rabbit.”

Not just spry and fleet of foot he had the Irish gift of gab. Like Milton Berle, he had a million tales to tell. Very uncharacteristic of me I would just listen. He knew everybody and had a depth of theatrical anecdotes as wide and deep as the Grand Canyon.

He became a regular contributor to my site Berkshire Fine Arts which kept us in close contact. The reviews reposted from Desert Local News in Palm Springs, California were insightful and impeccable. As his editor I just had to cut and paste.

We reposted his last review on April 20. By phone he told me that “Jack Rabbit is slowing down.” Our last conversation, about a month ago, was about treatment for advanced prostate cancer. By then his daughter Lisa had moved in to look after him.

He had cut back from the long drives and traffic to cover the Geffen Playhouse in LA and other distant theatres. Jack was interested in everything including local community theatre. He told me that posting the reviews meant a lot to some of the small companies. In particular, he loved covering film festivals, hunkering down and schmoozing.

In so doing he was a sponge gathering theatre insights and trivia. The gossip and rich back stories were routinely hilarious. When I posted something, no matter how esoteric, Jack was a frequent and encouraging first responder.

When we converged for the New York ATCA conferences I arrange for him to stay with me at the National Arts Club in Gramercy Park next to the Player’s Club. We would start the day with breakfast at Pete’s and debrief the events of the day in the club bar under its Tiffany ceiling.

During the San Francisco conference Jack arrange for Astrid and me to enjoy special rates at his Wyndham time-share.

Gathering at conferences entailed being drawn into the social maelstrom of Fast Eddy who herded the cats to his designated restaurants. Jack much enjoyed being part of the gang with Alan Smason, who he also wrote for, Marie Kilker, Lynn Rosen, Sandy and Gerry Katz, Herb Simpson and Anne Siegel to mention but a few of our ATCA pals.

During a New Orleans conference, late at night, the gang schlepped to the local bar of Tennessee Williams across the street from his house. It was quite a hike but Anne knew where it was.  He was up for any adventure.

Playing an ace up his sleeve Jack pulled off a really big one. He was close to the mother and daughter married to Leslie Odam, Jr. then starring as Aaron Burr in Hamilton. We had “affordable” but not cheap orchestra seats for a matinee of Hamilton.

While the musical had not yet run the table of Tony’s it was then the toughest ticket in town. Between shows Jack, Bill Hirschman and I were on stage and in the dressing room of Odam. I got great shots of the actors and ended up with an interview.

As usual, Jack carried the conversation as Odam pecked at a takeout meal in the small, cramped dressing room. It is a stunning memory from a life in theatre.

A much anticipated feature of the NY conferences is lunch with Broadway stars at Sardi’s. Jack introduced actress Kathleen Chelifant and I introduced Marlee Matlin.

The actors and many ATCA members rushed off to matinees. Jack and I had none scheduled and lingered with Herbert Simpson.

We may have talked for two hours as staff cleared the room. In a measured, scholarly manner Herb, then in failing health, regaled us with reflections on his regular attendance at the Stratford Festival, as well as his unique relationship with playwright Edward Albee. What precious moments.

On Sunday morning we caught a cab to the cabaret panels at Don’t Tell Mama. We then had hours to kill before an evening performance of Bad Girls: The Musical. Let’s just say we endured it, Jack less so than me.

We walked uptown with me tagging along and Jack on a non stop roll. Running out of shop talk he spoke a lot about his late wife Jeanette and the life they shared in theatre. She was an actress and he performed with her as well as directed and produced.

The conversation turned poignant, personal and intimate. We shared the organ music that comes with age. There was the kind of telling of secrets that only happens between truly close friends. Much of what he relayed was shocking and outright hilarious. Though the day proved long and tiring, capped by dreadful theatre, it was indeed well spent.

Let’s conclude with the facts.

He and his first wife Christina Worsley married in 1955 in London UK. He told me that they remained friends sharing occasions with their daughter Lisa who was born in Chicago on 4/21/1956.  He married Jeannette in 1972.

She passed in March 2014 but was constant in our conversations as though she never left the room. They had no children of their own, but she has three sons, Paul, Doug and Herb Kaufman. Doug and his wife Jennifer have 3 sons, all adults now. Lisa conveys that “Michael, Stephen and Joe were considered Dad's grandchildren.”

On holidays Jack would make long drives to “be with the kids.” The love of family truly sustained him.

As Lisa wrote to me “After moving our family to Los Angeles in 1961, Dad connected with a local community theater the Kentwood Players in the Westchester area. He started out as an actor, and then got involved in producing shows, eventually serving on the theater's BOD.

“He returned to college in the late 1960s and earned his BA in Communication Arts from Loyola University in Los Angeles. While there he met his future wife Jeannette and her husband Paul, a theatre arts professor. Dad introduced them to Kentwood and a lifetime relationship with the playhouse was formed.”

With credits in writing, producing and directing, he was a member of the Academy of Television Arts & Sciences, Writers Guild of America and Screen Actors Guild.

Thanks Jack for sharing a decade of theatre. How surprised and sorry I am to have the last word. Peace my friend.