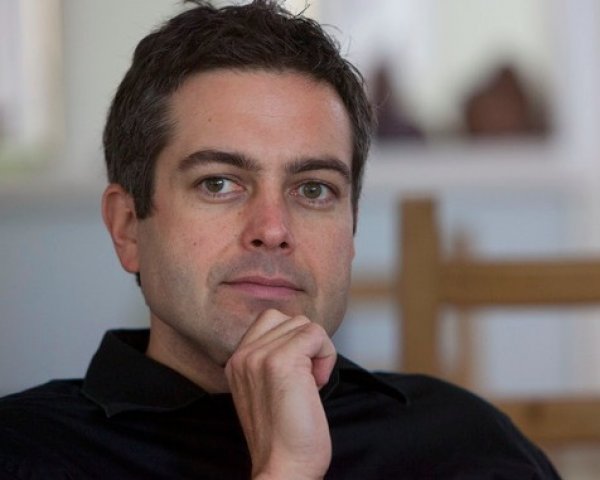 Jason Hardink will perform at National Sawdust in Williamsburg, Brooklyn on October 20. This is an unusual concert celebrating the centennial anniversary of the premiere of Charles Ives’ Concord Sonata.

Growing up in Rhode Island, Hardink visited the early American town outside of Boston, where the American forces first met the British in 1775. Ives was drawn to the Concord literary community of the early 19th century, particularly those of.the "Transcendentalist" school. Hardink imagines that Ives freed himself from compositional conventions by drawing upon the radical and free nature of Emerson and Thoreau's writings.

At Oberlin, Hardink started exploring the music of living composers because all the best musicians elected to perform them. The decisive moment for Hardink was hearing Jason Eckardt’s Echoes’ White Veil. Suddenly what had once seemed like histrionics on the piano had meaning, deep meaning.

Sprays of notes on the keyboard, played blindingly fast with stabbing accents made sense. These notes brought the ear and the heart to new places for the performer and, it turns out, the listener.

As Principal Keyboard for the distinguished Utah Symphony, Hardink has been able to shape his solo performance career to his own bliss. This is fortunate for his audience. Hardink has made the performance of the seldom-played Concord Sonata a signature. It is extremely difficult to perform. Entering the spirit of the composer, Hardink takes Ives' infrequent use of bars to suggest long blocks of notes which are related. At one point in the score, he actually strikes the keyboard with a piece of wood as indicated by the composer.

The Sonata is divided into four parts, each inspired by an author who lived in Concord, Massachusetts. Emerson, Hawthorne, the Alcotts and Thoreau are represented. Everyone waits on their seat’s edge to hear a cluster chord hit with a 14 3/4 inch piece of wood in the second movement, which is raucous and often seems chaotic. Hardink points out that the quiet sweetness of the third movement is ineffably enhanced in contrast with the ‘Hawthorne,’ which precedes it.

The National Sawdust’s new Meyer Sound System will not be used for the Ives’ celebration evening. Their glorious Bosendorfer piano with extra keys will. Hardink only uses these keys, however, when they are written into a score. Bartok did. Ives did not. The extra large sounding board will surely be prominent.

After he discovered Eckhardt, Hardink has also made the performance of his work another signature. He commissioned world premiere of a melody which the air had strained to accompany the Ives. Since the Ives’ is almost an hour long, Hardink wanted a work that did not ta x the audience’s attention span. The Eckardt will undoubtedly capture us in Hardink’s hands.

Here is the quote from Walden chosen by Eckardt to welcome his composition. "Sometimes, on Sundays, I heard the bells, the Lincoln, Acton, Bedford, or Concord bell, when the wind was favorable, a faint, sweet, and, as it were, natural melody, worth importing into the wilderness. At a sufficient distance over the woods this sound acquires a certain vibratory hum, as if the pine needles in the horizon were the strings of a harp which it swept. All sound heard at the greatest possible distance produces one and the same effect, a vibration of the universal lyre, just as the intervening atmosphere makes a distant ridge of earth interesting to our eyes by the azure tint it imparts to it. There came to me in this case a melody which the air had strained, and which had conversed with every leaf and needle of the wood, that portion of the sound which the elements had taken up and modulated and echoed from vale to vale. The echo is, to some extent, an original sound, and therein is the magic and charm of it. It is not merely a repetition of what was worth repeating in the bell, but partly the voice of the wood; the same trivial words and notes sung by a wood-nymph."

Hardink comments that Ives’ seems to have been breaking compositional constraints as he composed with few separating bars, suggesting long phrases which are hard to contain, but possible to shape. The new work by Eckardt achieves similar results, where long passages of the piece obscure any sense of meter, either through an apocalyptic density of material or music of such tranquility that time appears to stand still.

What an exciting evening of music making lies before us in Hardink’s October 20 performance at National Sawdust.

THIS CONCERT HAS BEEN POSTPONED UNTIL APRIL 19TH.  All tickets for October 20th will be honored then.