Everything for Dawn TV Series Format 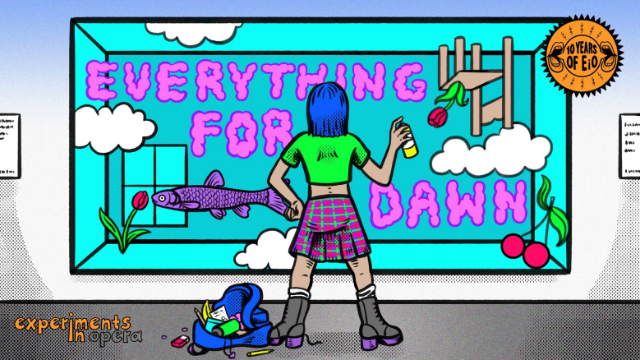 Everything for Dawn, an opera serial created by Experiments in Opera. 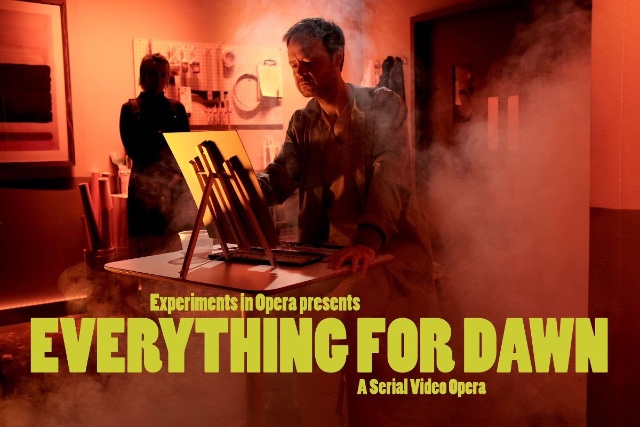 Flexible and nimble Experiments in Opera (EiO) is celebrating its tenth anniversary. The statistics for artistic involvement are impressive. EiO has commissioned 85 new works from 55 composers collaborating with over three hundred performers, designers, and directors from the New York City artists community.

Experiments in Opera is focused on re-writing the story of opera and believes that new operas can be adventurous and fun, told intimately. Intimate.

At the same time, these  new ‘operas’ challenge notions of what experimental music can be. Some music might not be out of place at a jazz or rock concert. You hear drones and fierce reiteration with a steady pulse. And there's trance music. Unexpected elements are put side to side.

The company embraces unconventional mediums, a range of durations and production scales, and explores collaboration between all types of artists working to share their visions. EiO brings new operas to the stage as quickly as possible, responding to the urgency of artists with something important to say and the desire of audiences to be a part of the excitement of risky and rewarding work. The rupture between audiences and composers is being repaired.

The occasion of their anniversary is marked by the launch on October 7th of Everything for Dawn, a ten part series. Episodes are are grouped into a three-act structure. While the process of creating this work happens at the start in a writer’s room, where six people collaborate in the tradition of Hollywood and series TV, the end result also addresses the issue of the amount of time the audience is asked to commit to opera.  Each of the episodes in less than 30 minutes long. If you want to stay with the episode and hear the artists who created it discuss the process, a lively interchange follows in Everything about Everything. Sung in English, the words are clear as a bell in a difficult language to perform. Subtitles are provided in case.

Learn for yourself why Detroit was chosen as the location of the story, no flyover here.  The music of the city includes not only classical but blues, jazz, gospel, R&B, rock and roll, pop, punk, soul, electronica and hip-hop.

No spoilers here. You will meet Dawn who is a Rave Grrrl, her father, irreparably damaged by the Vietnam war,  and her mother who struggles to survive. In the asylum episodes, Dr Slade is the Nurse Ratched character, and inmate Ed is having more fun than you can imagine.

You can dip in at All Arts starting on October 7.