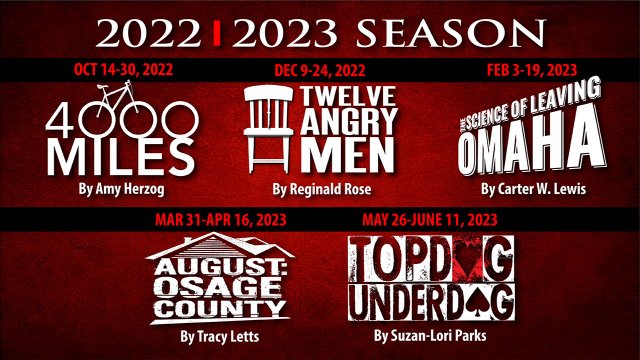 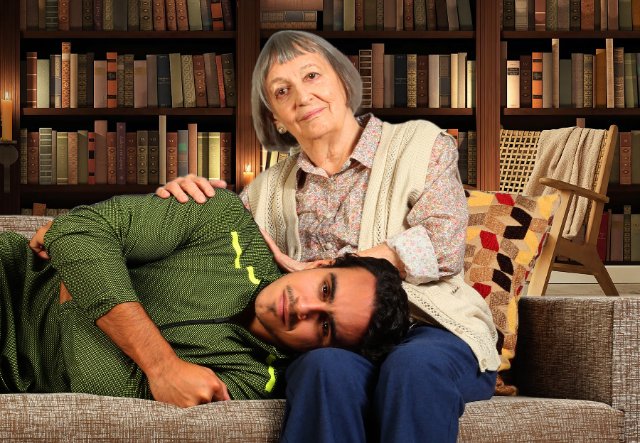 Photo by Tim Stepien Gabriell Salgado and Trish Connolly will star as a grandson and grandmother in Palm Beach Dramaworks’ upcoming production of 4000 Miles.

After a doctor diagnosed his grandmother with dementia, Gabriell Salgado did not want to visit her. While he still loved her, the young man preferred to avoid the emotional pain that came with seeing his grandmother in her condition. And, so, Salgado stayed away.

Then the young actor read Amy Herzog’s drama, 4000 Miles, to prepare to co-star in the piece for an upcoming Palm Beach Dramaworks (PBD) production. As he read the play, Salgado noticed similarities between himself and his character, 21-year-old Leo Joseph-Connell. Specifically, Salgado realized that he, like his character, was running away from something painful. Further, Salgado said the play made him appreciate that it is important to make the most of the time you have with your loved ones.

Currently, after reading 4000 miles, Salgado said he visits his grandmother as often as he can, about once a week.

As it did for him, live theater “can change your perspective and the way you live your life,” Salgado said. He added that is one of the most rewarding things about doing theater.

Now, Salgado hopes PBD’s upcoming production of 4000 Miles will affect audience members. The production, which kicks off PBD’s 2022-23 season, will officially open on Oct. 14 and end on Oct. 30. Preview performances will take place at 7:30 p.m. Wednesday, Oct. 12 and Thursday, Oct. 13.

Salgado said that he, too, was once rebellious and thought he had life figured out. However, “significant events” caused him to change his attitude.

In 4000 Miles, after Leo Joseph-Connell suffers a major loss while on a cross-country bicycle trip, he seeks solace from his feisty grandmother, Vera Joseph, in her West Village apartment. “Across the generational divide, the physically fragile Vera and the emotionally fragile Leo tentatively and gradually learn to connect in this warm and touching comic drama,” reads a synopsis on PBD’s website, palmbeachdramaworks.org.

In addition to 4000 Miles, PBD during this upcoming season will present two Pulitzer Prize-winning plays, Topdog/Underdog by Suzan-Lori Parks, and August: Osage County by Tracy Letts. Also, the season will include the world premier production of Carter W. Lewis’s play, The Science of Leaving Omaha, and the classic work, Twelve Angry Men by Reginald Rose.

Salgado said he feels that the realism in 4000 Miles makes it a relatable piece.

“It’s not flashy,” he added. “There’s not a lot of action, no spectacles.”

“She’s just a natural writer,” the actress said about Herzog. Also, the playwright “has a way to see inside people that is very truthful,” Connolly added.

Salgado said he feels the play’s take-home messages are to stop running (or cycling) away from your problems and that family is very important.

Ultimately, Salgado said that he wants audience members to leave the theater with a greater sense of compassion and empathy for people whom they do not understand.

PBD’s production of 4000 Miles will run from Oct. 14-30 (with previews on Oct. 12 and 13) at the professional, non-profit theater company’s intimate playing space in West Palm Beach. The venue is located at 201 Clematis St. For showtimes and tickets, go to https://tickets.palmbeachdramaworks.org/TheatreManager/1/login?event=445. For more information about PBD’s upcoming season, visit its website at www.palmbeachdramaworks.org. The phone number is (561) 514-4042.