An Evening in a Bathtub Bubbles Up 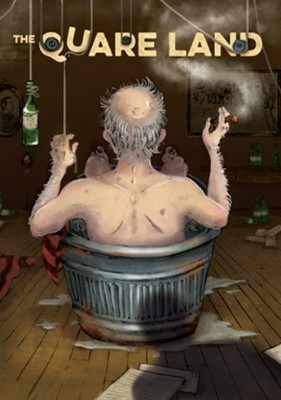 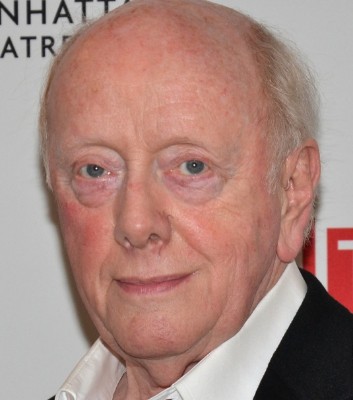 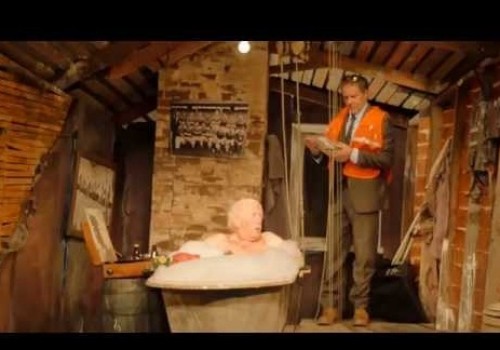 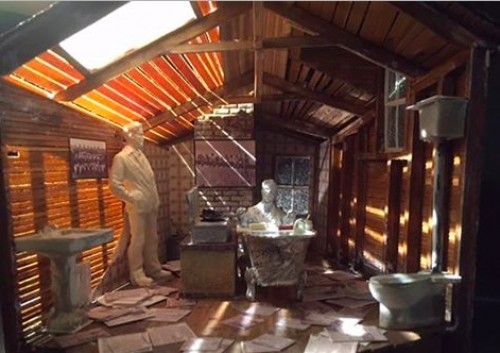 Trapped in the light of Charlie Corcoran's set, the outcome of the confrontation between a land owner and a developed is subtly suggested from the start. 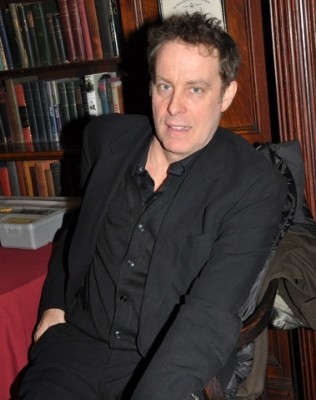 The Quare Land
By John McManus
Directed by Ciarán O'Reilly

The Irish Repertory Theatre can be counted on for an evening of engaging, moving entertainment.

The fall season opens with The Quare Land by John McManus and directed by Ciarán O'Reilly.  Wafting through the theatre before the performance begins is 'Embraceable you,' a Gershwin song from the unproduced operetta East Meets West.  Journeys across the pond from Ireland to America are to be featured.

Hugh Pugh takes his first bath in four years in preparation for a visit from his brother.  He spends the entire play in the bathtub. Peeling scraps of dirt off his body, he assesses himself as beautiful even at ninety,

Hugh has been preparing for this bath for some time. Beer is stored in the toilet bowl.  Hugh has gerryrigged pulleys which enable him to pull the beer from the toilet to the tub. Every detail on the set by Charlie Corcoran works. A table beside the tub has a 78 record player at the ready. Soap, shaving crème, clippers, pincers. Everything to make Hugh a soft pink by the time his brother arrives.

The texture Corcoran provides on the mottled brown walls of the farmhouse matches Pete Maloney’s brilliant performance. The walls are textured, enticing.  Maloney in the tub, and with little to go on but his voice and expressions, gives a performance full of rich nuance.

Instead of his brother, whose hokey car horn plays 'When the Saints Com Marching Home,'  Hugh gets Robert, a local entrepreneur who wants to buy five acres from Hugh. Hugh doesn’t think he owns them. Robert whips out the deed and negotiations begin.  This 'quare' land may be counterfeit, useless and surely is way out from the normal.

Hugh is very much on his own terms: flying solo. He pays no attention to Robert and when he does pick up a phrase or a number he makes it impossible for Robert to maneuver.

Robert has studied Hugh’s circumstances. He assumes because he has only nine cows on a lot that would support 39 he is poor.  Maybe he is.  But he may also be as greedy as Robert seems to be.

Robert wants to buy five acres Hugh owns which would enable him to add nine holes to his golf course and offer pro tournaments.  A desperate move to save an ill-fated investment in a hotel located too far from the madding crowd?

Hugh's negotiating prowess is not immediately apparent amidst the bath bubbles.   Robert's desires whip up his appetite for combat.  He turns out to be a master.  Living alone in his farm cabin and watching TV all day long, he has honed his understanding of human needs.

Rufus Collins as Robert appears to be flummoxed.  Raising the offering price by geometric leaps, he cannot satisfy the owner of the quare land.  Where this will all end only God knows.  Until the end.  The saints come marching home on the hokey car horn.  A dark story is realized with good humor and an incredibly satisfying production.