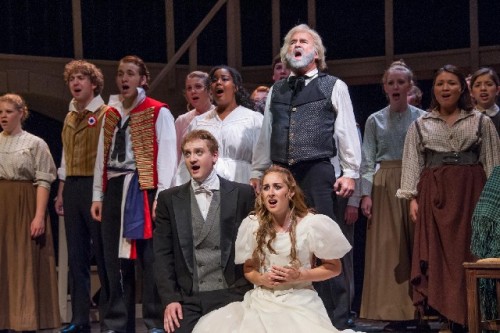 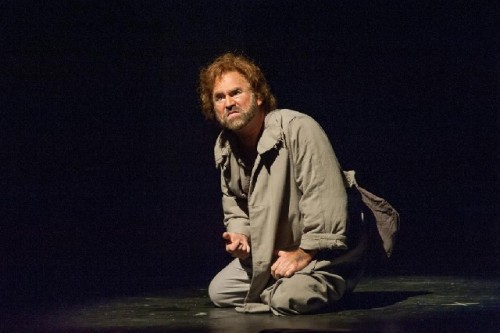 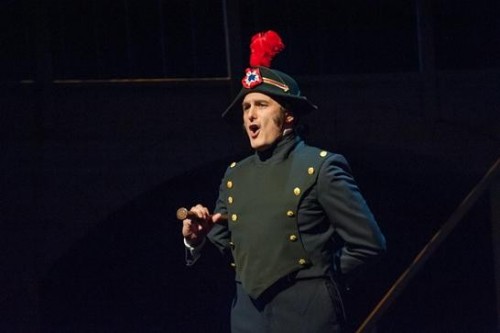 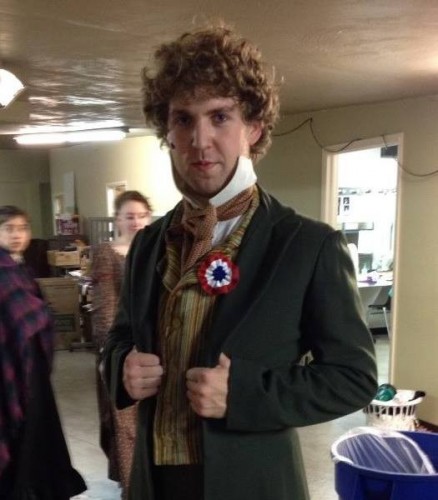 Les Misérables may well be one of the best known musicals out there.

People from every walk of life hum the tunes and can find something to relate to in the lyrics.  I remember as a young teen, sneaking my walk-man (yes I date myself) into bed and weeping to sleep over “Little Fall of Rain”- Eponine’s death duet with Marius. It was the first musical I had ever heard and hooked me as I have rarely been since.

When the rights for Les Mis recently went public in the wake of a smash box office success, every theater in the country rushed to pick it up.  And for some reason the licensing house, Music Theater International, is letting them all have at it- at the same time.  This sets the stage for competition and comparison between the Russell Sage Theater Institute, a professional/collegiate company, and other all-pro houses right next door.

Ever up to the challenge, in the Sunday matinee opening performance the Russell Sage troupe performed with pluck and dedication on an impressive yet simple set designed by Duncan Morrison.  A gray prison with cubbyholes and dingy passageways surrounded by the second story officer’s walk easily transformed into a factory floor or then the cityscape of Paris.  All of this was accomplished mainly through the use of a moveable staircase and two columns on wheels supporting a gate.  The choreography of moving the sizeable cast around in addition to twirling these large pieces into place must have been difficult but the ensemble handled it with seamless grace.

Other technical aspects caused some consternation throughout the show, such as microphones remaining active during some of the many quick ensemble costume changes or clicking on mid-phrase conspicuously and loudly.  In general, the staging made it clear who was singing at all times regardless of sound issues, and the voices were strong enough that a softer amplification would do the trick.

The musical accompaniment consisted only of a percussionist, two sparsely used woodwind players, a keyboard and piano.  Director, Michael Musial attempted to conduct from the piano over fuzzy microphones and blurry synthesizer and, to no surprise, some entrances were indeed sloppy.  Through no fault of their own, this small version of a “pit band” also occasionally left the score feeling empty and the singers unsupported.

Les Mis is a show of urgency where the moments in between the big numbers can mean as much as the popular songs.  The lead-up is what makes the audience believe and invest in the story, but because this production lacked some of the dramatic undertone that an orchestra normally provides, the show felt emotionally uneven and the pace was sometimes rushed.  The audience was not always able to connect to the characters, and it was the younger less experienced actors who suffered the most from this. The ingénue, Cosette, played by the sweet voiced Olivia Radiches was a bit underdevelloped and Polly-Annaish while Kate Corsaro, a junior at Sage, was quite capable as the spunky, star-crossed Eponine, but her performance failed to evoke much sympathy.

In all cases the cast maintained great professionalism and energy, but some performers were stand outs. Leslie Tucker, a Sage senior, was entirely believable as the young desperate mother, Fantine, with quiet, thoughtful acting and a steady, clear voice.  Alex Jones, a community ensemble member, brought each of his various characters to life (as did all of the ensemble members) and showed off his smooth baritone voice particularly well in the role of the kind-hearted Bishop.

A highlight of the afternoon was Sage alumna Sarah Bitley- aka scene stealer- as Madame Thenardier.  Every time this talented young lady took the stage, the audience could look at nothing else.  She had excellent comedic timing, an expressive, dynamic belty voice and she moved like she owned the place.

Finally, Director Musial made a savvy choice in hiring big name original cast ringers for two of the leading roles.  Craig Schulman as the misunderstood hero Jean Val Jean, and Gary Lynch as Inspector Javert not only did their parts justice with impeccable vocal technique and interpretation, but certainly must have been an inspiration to the younger performers. It was a treat to see these gentlemen up close in action and through them the production finally became more than a collegiate attempt at the real thing.

Les Misérables is playing for one more week at Russell Sage's Theater Institute.