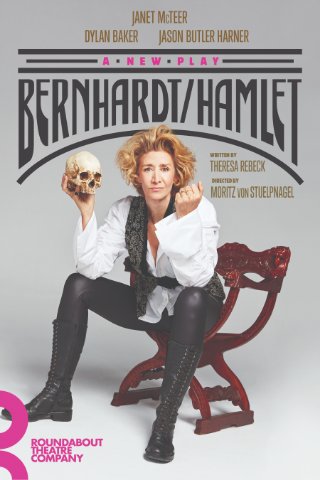 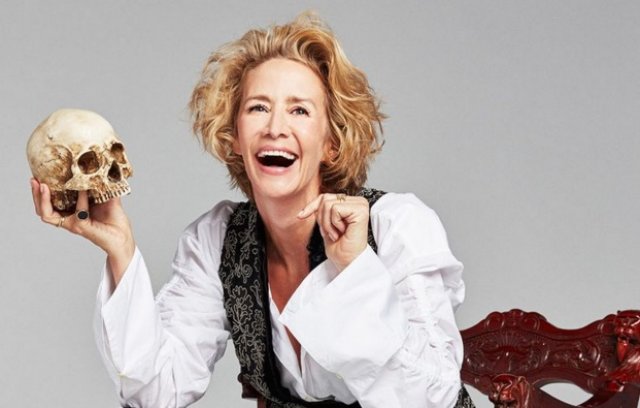 Janet McTeer as Hamlet in Bernhardt/Hamlet 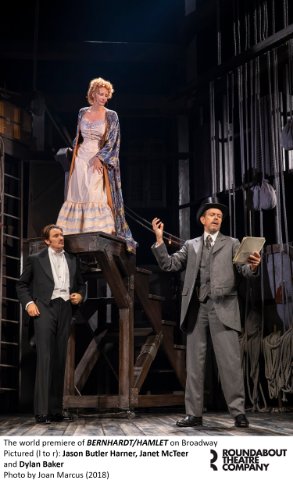 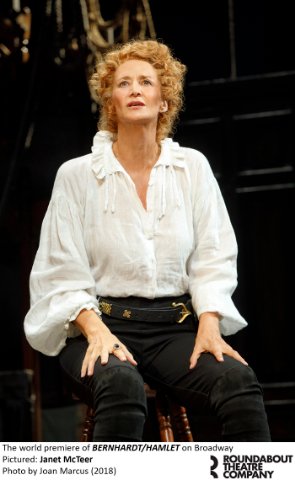 To be or Not to be or Cut 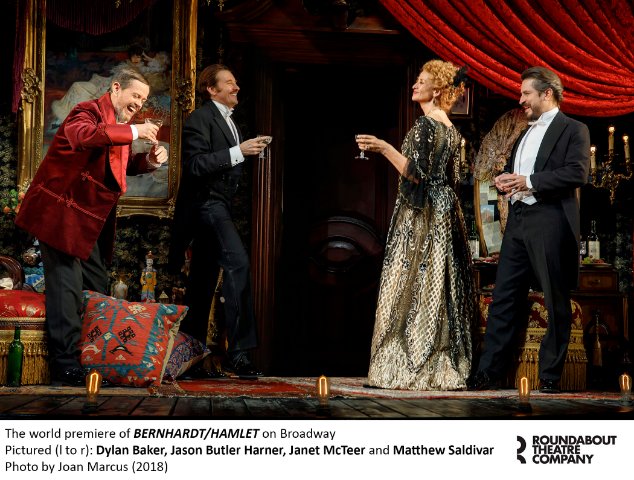 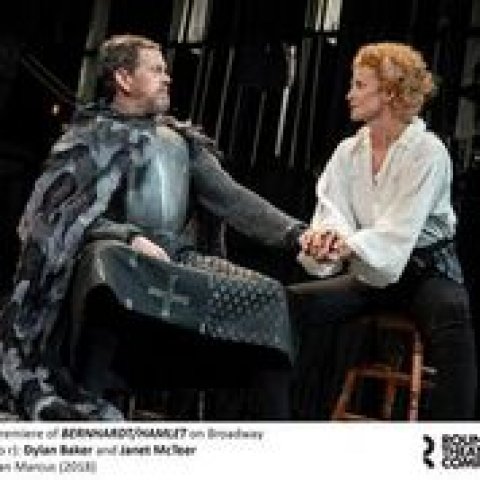 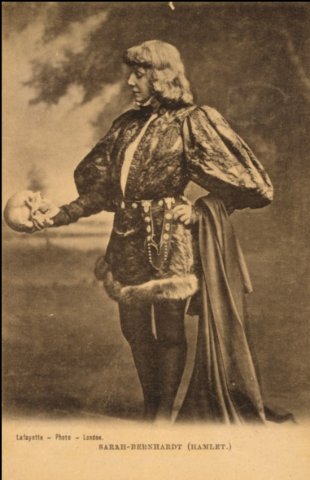 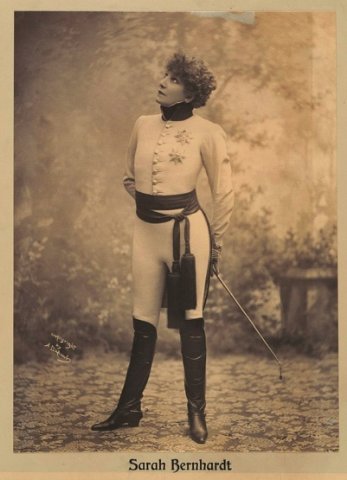 Bernhardt/Hamlet by Theresa Rebeck has arrived at the Roundabout Theatre where it plays in a limited run through November 11. Bernhardt is played by the glorious Janet McTeer, seen as a powerful Nora in Ibsen’s The Doll House and as Albert Nobb's Hubert Page, her Golden Globe and Academy Award nominated role in the under appreciated film.

Berhardt is at an age when her stardom might be fading. With Bernhardt, it never faded, even when she leapt from a balcony in Buenos Aires playing Tosca. One leg never recovered. It is in this spirit that McTeer shapes the role of the woman Mark Twain called the greatest actress ever: "There are five kinds of actresses: bad actresses, fair actresses, good actresses, great actresses -- and then there is Sarah Bernhardt." George Bernard Shaw liked to tease her, pretending to prefer Elenora Duse, her great rival.

What is special about the script by Rebeck, as embraced by McTeer, is Bernhardt's unfailing ability to turn an insult or a barb to her own advantage, triumph over it and let the play of her life continue.

At the moment in time in which the play takes place, France’s leading playwright, Edmond Rostand, a married, younger man (Jason Butler Harner), has fallen madly in love with the Diva. She reciprocates. Nothing daunts her. Neither motherhood, nor adultery,  nor producers nor critics.

She proposes to play Hamlet as a way of reigniting her fan base. This does not daunt her either, although it is treated with fear and trembling by all of her associates.

Playwright Rebeck supposes that the actress has found Hamlet boring and felt if he were stripped of his iambs (one unstressed syllable followed by a stressed syllable), the character might come to life. Sarah sets her inamorato to the task of cutting down Shakespeare. This takes him away from his current work, and from his wife and young children. The complications involved are clear, but always overcome by Sarah. She does have to turn down the role of the leading lady in his play, because she thinks the woman stupid. She may be, but that character has lived forever as Cyrano de Bergerac’s Roxanne.

What’s in a set? Beowulf Boritt’s is daringly suitable. The center on a turntable is a stage, the center also of Sarah’s life. Tucked into the exterior are a café, Sarah’s dressing room, fitted to her tastes with a king-sized bed covered in red, and exterior street scenes. These are all intimate extensions of the grand heart of the matter, with weights hanging stage left, and a stair way to nowhere for Hamlet’s father and Sarah too. Later on, drop downs convert the stage.

How is a play put together, if you have a well-known finished product at the start of production? Scenes are blocked, iambs cut, the essence of each matter discussed and pried out. Yet this is Hamlet and the author Shakespeare. Sarah is undeterred in her search for a britches vehicle that will work to further enhance her reputation. Her Hamlet is already the talk of Paris, although artist Alphonse Mucha, (Matthew Saldivar) can't create the right poster to push the show.

All’s well that ends well after several perilous turns with the philanderer’s wife and a playwright’s ego.

McTeer must be seen to be appreciated. She is a mistress of language and gesture. Most remarkable is her survival ability. Everyone on set wants her, wants to bed or tear her down, or get her to act her age. She will not. She is Sarah Bernhardt, daughter of a Jewish courtesan, who was never acknowledged by her French father. She made up for it in spades. McTeer and Rebeck capture her magic.