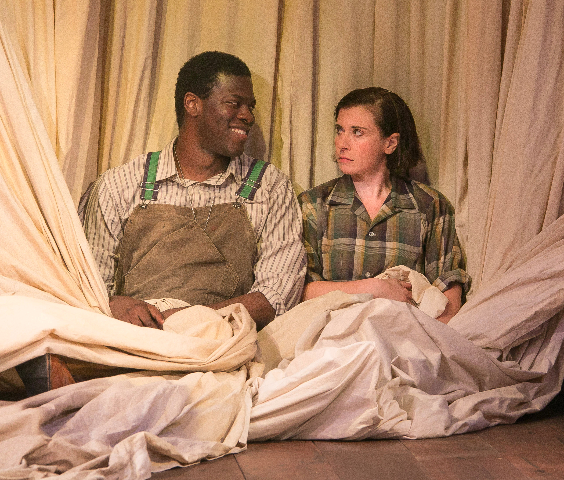 Kyle Scatliffe who captures Orlando's scruffy side yet keeps his charm and wit in tact. Here with Rosalind in disguise. 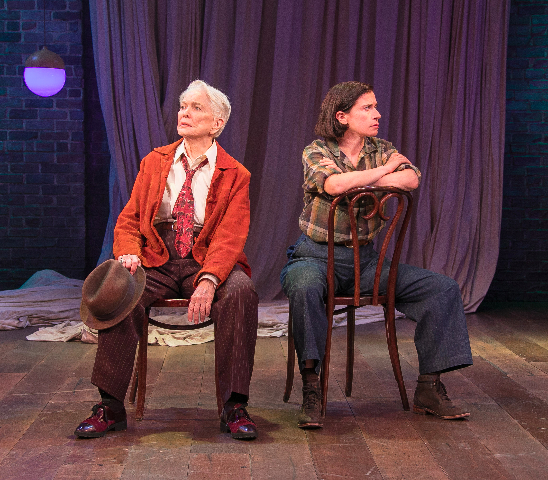 Ellen Burstyn, being herself, with Rosalind 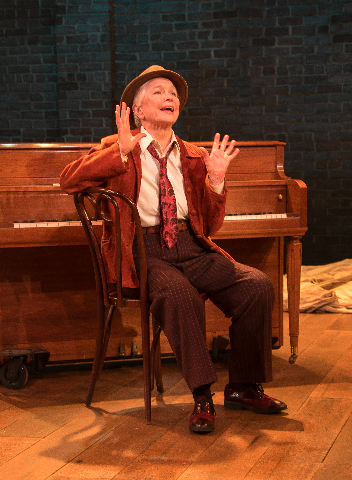 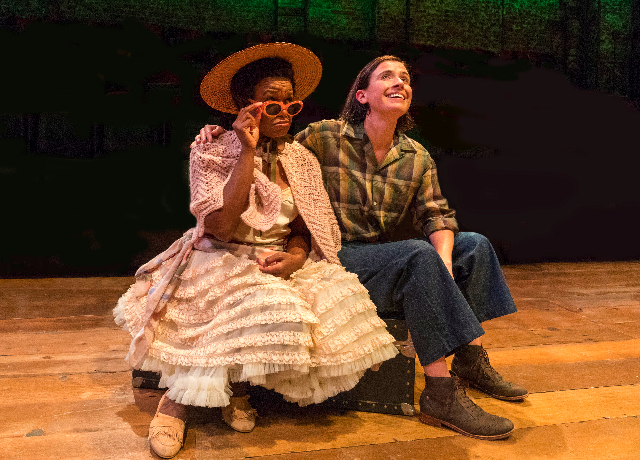 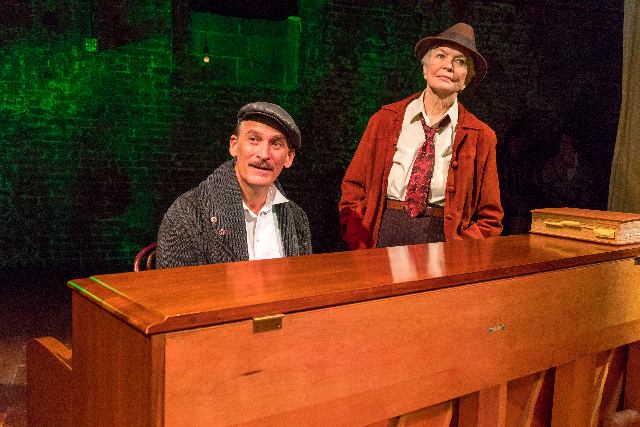 Bob Stillman is a compelling aristocrat at that the piano. 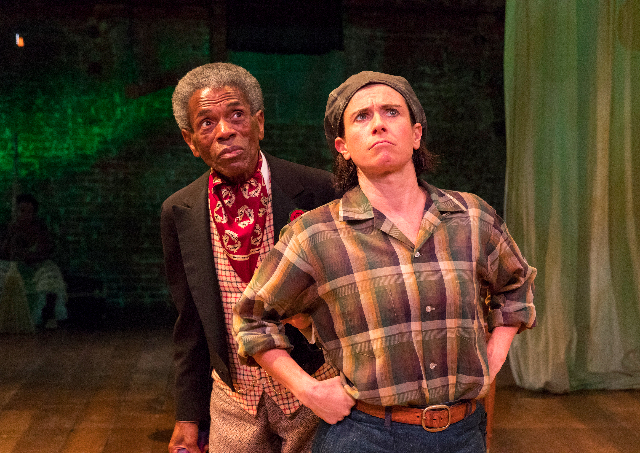 Andre de SHielfd with Hannah Cabell. He slithers, sneaks, preens as he takes over the stage.

The Classic Stage Theater is celebrating its 50th Anniversary and Shakespeare seems a natural choice.  Classic Stage always has an interesting take on playwrights.  This is reflected as soon as you enter the theater area. For this production, it looks unlike any other production you’ve seen here.

The stage area is light, bright and two-tiered, the second story adding punctuation to the main area below.

For this special production of As You Like It,  co-produced with the Bay Street Theater, director John Doyle has cut to the play to its forest heart, far from the tainted world of titled aristocrats who behave badly.

In Arden, people may be scruffy, but they are kindly to one another, generous and loving.

No play of Shakespeare’s has as many songs, and the company invited Steven Schwartz of Wicked and so much else to compose for them.  This music adds to the celebratory atmosphere.  So too do lamps hung at different lengths from the ceiling, their globes changing colors.  White introduces us briefly to the tainted world of castles and country home, but we quickly move to green in the forest. Orlando, writing love notes on trees trunks, feigns writing on the bulbs.  They turn into a multi-colored splash at one exuberant moment.

The actors are luxury casting with Ellen Burstyn playing Jacques to a T.  If you hired Andre de Shields to drop a handkerchief in a two hour drama, you would remember the brief scene forever.  In Calixto Bieto’s Camino Real in Chicago five years ago, de Shields was Baron de Charlus, singing a version of Screamin’ Jay Hawkins “I Put A Spell on You." He was transfixing. Here he plays Touchstone with such panache that you can’t take your eyes off him for a moment.

Bob Stillman sings and plays piano like a pro, although he's just an aristocrat on holiday in the woods.  Kyle Scatliffe as Orlando captures the character's plain good sense and good will.

Curiously, there may not be enough in the forest without the outside world to which it is reacting. As You Like It is a play about classes. That conflict is missing in this production.  However, some wonderful performances, delightful music and an eye-catching set make this a show to see.