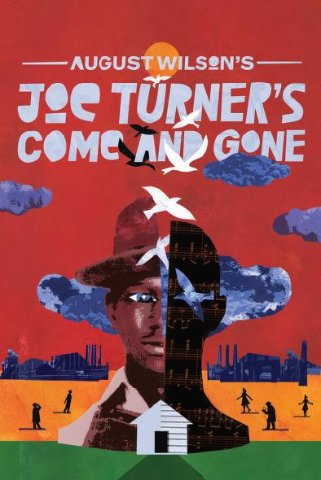 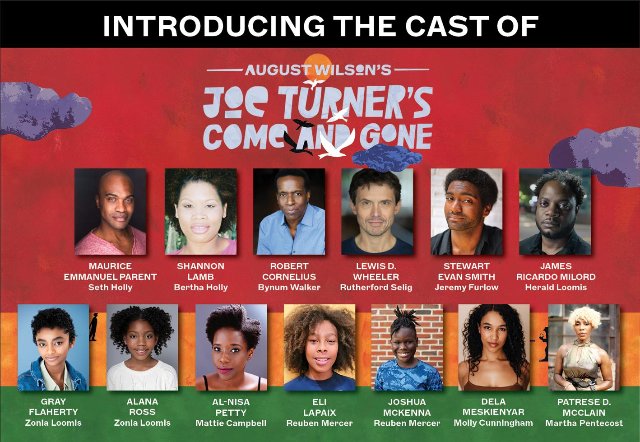 The Huntington announces the casting and creative team for the highly anticipated revival of August Wilson’s Joe Turner’s Come and Gone, directed by Lili-Anne Brown. Wilson’s masterpiece serves as the inaugural production of the newly renovated Huntington Theatre and runs from October 14 – November 13, 2022, with digital access to the filmed performance available until November 27, 2022.

The Huntington has had a deeply special relationship with playwright August Wilson and his work, having produced all ten of his American Century Cycle plays that chronicle the African American experience in the 20th century (seven prior to their Broadway runs), and his autobiographical one-man show How I Learned What I Learned.

This major revival of Joe Turner’s Come and Gone is particularly meaningful to The Huntington – not only will it reopen the Huntington Theatre after being closed the past two and a half years for the pandemic and its transformational renovation, but it was the first Wilson play that the Huntington ever produced and the start of a fruitful collaboration that lasted until the playwright’s death in 2005. The Huntington partnered with the Yale Repertory Theatre in 1986 for the pre-Broadway production of Joe Turner’s Come and Gone that featured soon-to-be-stars Angela Bassett and Delroy Lindo, and went on to produce all of Wilson’s major works.

“August Wilson is undoubtedly one of the giants of the American theatre,” says Huntington Managing Director Michael Maso. “Few moments in my career have had more meaning than the one where we agreed to produce the original Joe Turner’s Come and Gone. It was 1986, the start of The Huntington’s fifth season and of our 19-year collaboration with August, as we worked closely with him in residence on seven of his iconic plays until his untimely death in 2005. With this new production in our newly renovated theatre, we honor the icon who was August Wilson, but we remember our friend. May his spirit inspire generations of artists and audiences alike.”

August Wilson himself said in a 2004 recorded interview, “I have a long and valued relationship with the Huntington Theatre, and I guard that relationship jealously.” Wilson left an indelible mark on American theatre, and The Huntington will celebrate his legacy by naming the lobby of the newly renovated Huntington Theatre the August Wilson Lobby. Wilson’s widow and estate executor, the Tony Award nominated costume designer Constanza Romero, will attend the opening night performance of Joe Turner’s Come and Gone on October 19 and unveil the plaque in his honor.

Joe Turner's Come and Gone is set in a boarding house in Pittsburgh’s Hill District in 1911, where owners Seth and Bertha Holly play host to a makeshift community of African Americans, many who have left the farms of the South to come to the cities of the North. Newcomer Herald Loomis arrives with his daughter in tow, in search of his lost wife after having spent 7 years of forced labor working for Joe Turner – but first he must regain a sense of his own heritage and identity.

Director Lili-Anne Brown says her approach to this production is to “Be reverent and uplift this work, but also approach it with fresh eyes.” She notes that the characters in the play are experiencing the Great Migration and a period of upheaval, and wants to explore what it means to stage this production after the pandemic as another period of tremendous social change. “Some of these characters are one generation out from slavery,” she continues. “They are all asking, where is home, how does one find it, and find oneself.”

“I can think of no better way to welcome our community home than with August Wilson’s masterwork,” says Artistic Director Loretta Greco. “I’m especially thrilled to do so with the astounding Lili-Anne Brown at the helm and a cast that boasts so mightily of Boston artistry.”

The cast of Joe Turner’s Come and Gone includes notable actors from the Boston area and around the country. They are, in order of appearance: