A Starchitect Whose Legacy Is Being Questioned 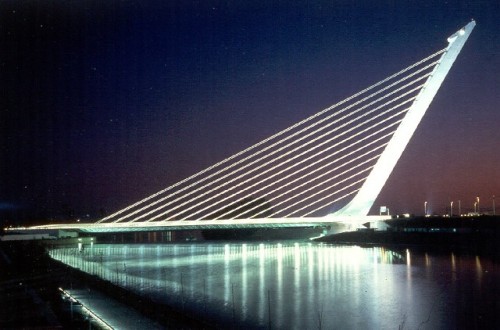 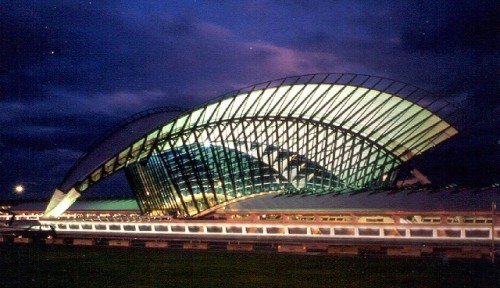 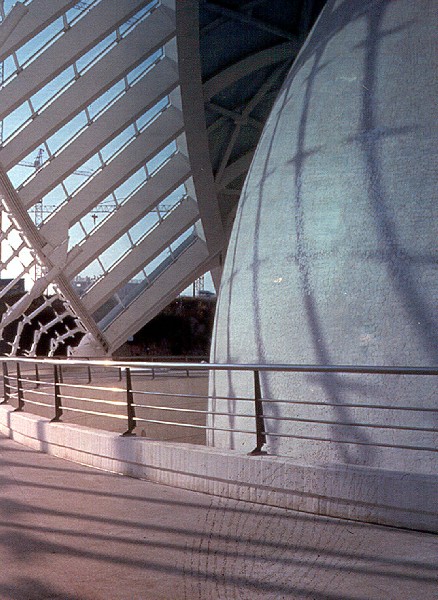 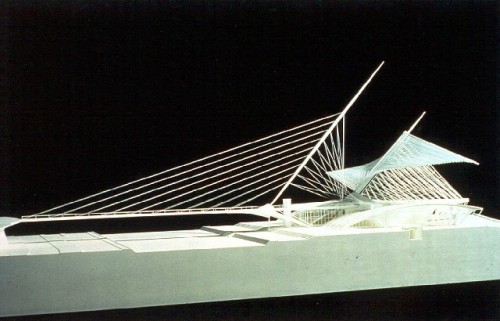 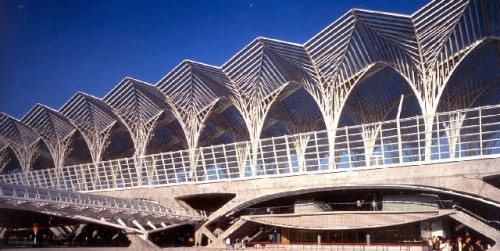 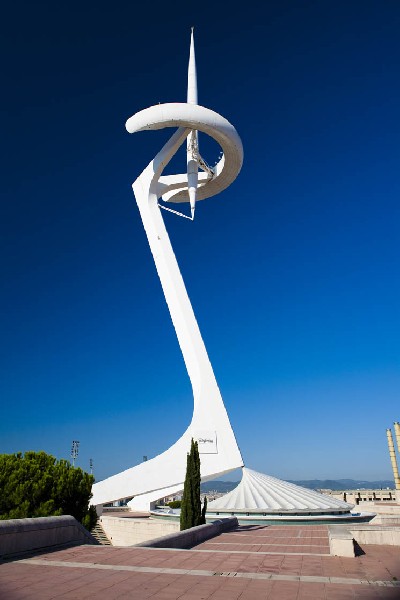 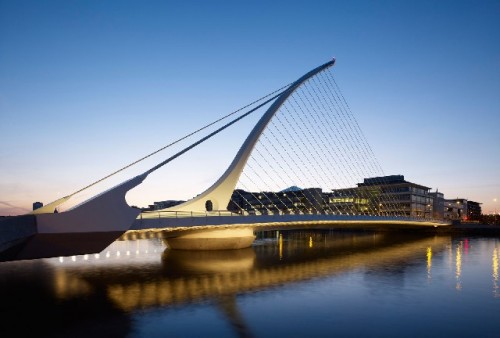 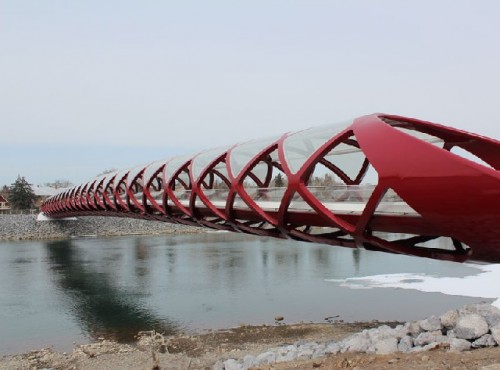 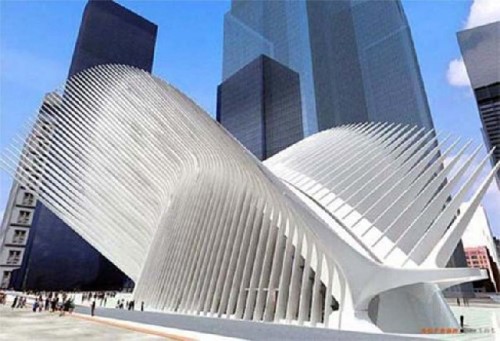 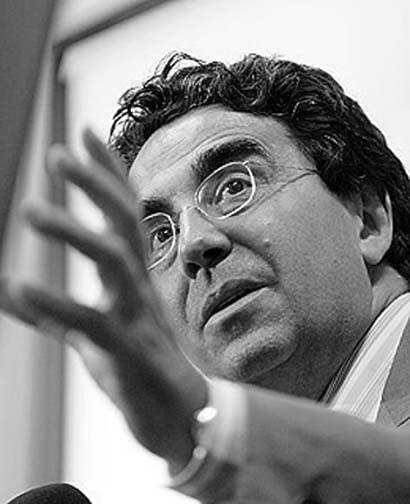 When Santiago Calatrava was chosen to design a central piece of  the Ground Zero site--the World Trade Center Transportation Hub, I was excited. Thinking way out of their usual narrowly focused box, the Port Authority of New York and New Jersey commissioned him directly. Yes, with the Calatrava commission, here would be a soaring visionary element to aesthetically commemorate this tragically emotional site.

There was no bogus aesthetically emotional competition or uninspired rush to overtly political judgment. Here, unlike the other unimaginative structures nearby, literally there would be a creative and even visually provocative, visionary structure at Ground Zero.

Calatrava is a starchitect who has a doctorate in civil engineering and considers himself as much a sculptor as master designer. His futuristic commissions for bridges, railroad stations and buildings are located across the globe. Going from seeming iconic success to success, Calatrava has had an exemplary design career. Fame and fortune have flowed his way. Life and the built environment have been rather easy even great for Santiago Calatrava. But the dew is now certainly dripping off the rose.

The world’s architectural jury (including practitioners, academics, elected and appointed governmental leaders, effected members of the public and critics) now concur that Calatrava’s “sculptural” structures don’t often serve as they should. Besides frequently going over budget and taking too much time to complete, they more often fail functionally on one level or another.

A bit like Frank Gehry, another starchitect of great note and achievement (see MIT Sues Architect Frank Gehry Over Flaws at Stata Center, 11/07/2007), some of his designs seem to work much better as three dimensional scale models or as sketches and renderings on paper than in full-blown reality. Over the past few years, the architect/engineer’s detractors are being louder and more litigious.

Calatrava's grandeur has been somewhat eroded. He has been and is being sued for tens of millions of dollars over many of his projects. The major complaint is that almost every one of his projects goes way over budget and often has costly construction delays. A case in point is the PATH Transportation Center at Ground Zero in Lower Manhattan that is more than 6 years late and is now costing $4 Billion, more than twice as much as its initial budget.

Perhaps even a worse example of Calatrava’s structural failure is in Valencia, Spain. Here cost overruns seem to compete with bad design. Though originally budgeted for just over $400 million dollars or 300 million euros, this riverbed complex named City of Arts and Sciences now has a price tag in excess of a billion dollars.

It is supposedly the largest collection of Calatrava’s work and includes a performance hall, a bridge, a planetarium, an opera house, a science museum, a covered walkway and acres of reflecting pools. Pundits and opposition politicians say that it cost nearly three times the money that the region never really had.

Architectural fees were around $130 million. To many critics, both architectural and political, these seem beyond just exorbitant in that many design mistakes and omissions occurred. Included in the problems were an opera house that had 150 seats with obstructed views, and it has been flooded during various storms as well as being clothed in a buckling exterior tile mosaic. Along with this is a science museum that was initially built without fire escapes or accessible elevators. Some of his harshest critics condemned the architect for getting paid to fix and repair his own earlier design mistakes.

Mistakes can also be seen in his landscaped gardens beneath metal arches of the covered walkway. Sun beats down on them mercilessly. They become so hot no vines will grow. In addition, the roof on the performance hall leaks like a sieve.

Then there are the problems in Venice. Venetian governmental officials are suing Calatrava and several engineers for huge cost overruns and excessive need for repairs on his Ponte della Costituzione, a footbridge across Venice’s Grand Canal. Already, a regional court has ordered him to pay back more than a million and a half dollars in fees.

Additionally, Calatrava’s firm is being investigated in Venice to see if they are responsible for large cost overruns due to not punctually supplying construction drawings for contractor bidding.

His work in Bilboa, Spain was deemed unsatisfactory as well. To keep it free of lightposts, his design for a footbridge with a glass tile surface allowed it to be lighted from below. But because of Bilboa’s climatic conditions (it has a lot of rain and some ice and snow), dozens of pedestrians kept falling and injuring themselves on the bridge’s slippery surface--sometimes even breaking their legs or hips.

Because the glass bricks frequently cracked and needed to be replaced as well, a couple of years ago the city laid a huge black rubber carpet across the bridge. It ain’t pretty. Here there must be function over form as well as safety over beauty as sometimes architecture just cannot be sculpture.

When his design for an airport terminal opened in 2000 on Bilboa’s outskirts, the airport lacked an arrivals hall. Passengers moved through the customs and baggage area directly on to the sidewalk. There they had to wait in the cold or heat. The airport authorities have since installed a glass shelter for arriving passengers.

This year, a Spanish court ruled that Calatrava and his team pay $4.5 million to settle a dispute in Oviedo, Spain where a conference center he designed collapsed.

In the Álava region, a major winery is suing Mr. Calatrava over an undulating roof designed a dozen years ago that has major problems with leaks. Humidity control is vital to winemaking. The owners of the winery, Domecq, are requesting $2.7 million to hire new architects and engineers to solve their dire roof problems.

It has been suggested that Calatrava does not detail his projects very well. And this results in mistakes and errors of omission. Frank Gehry has been criticized for this approach to many of his most experimental buildings as well. Other architects are very precise in specific facets of their projects. Lord Foster is one. Apparently, Calatrava is not. This lack of specificity and precision leads to more failure than necessary. Couple this with some general design sloppiness and the architect appears to be more goat than god.

And this is a damn shame. Mr. Calatrava is one of the few highly renowned architects who actually attempts to make unique visual statements consistantly. His often iconic projects are focused upon the creation of a special element to define a place in a unique high quality way. His goal is to create icons.

However, his attitude seems to be let all else be damned. His art is his visionary architecture, and therefore his iconic structures are a wonderful artistic gift to the public. Costs be damned, functional details can always be fixed later and greatness should not be on a practical schedule according to the architect.

Calatrava has been eviscerated by the European media and particularly in the Spanish press. He is seen as an egomaniac who thinks of his own unique aesthetic as being beyond the functional needs of any project or client satisfaction.

But perhaps, even though the architecture as sculpture or rather sculpture as architecture debate is somehow very romantic, reality of construction issues often supercede his aesthetic concepts. Like Ayn Rand’s fictional The Fountainhead architect Howard Roark, Calatrava’s career reflects this notion of architect as hero and ultimate form-giver. Roark's structures never had leaks, but he seemed to have cost overrun issues and certainly civic detractors. And yet, Calatrava's career is not fictional.

Of course, over his very long career, the highly venerated and equally criticized Frank Lloyd Wright had many projects not go perfectly well, in fact rather badly. Did someone say leaks (Johnson Wax Headquarters) and structural problems (Fallingwater)? And Frank Gehry’s building projects certainly have had and continue to have many construction and design issues. Calatrava is in great company.

But compared to these other architectural masters, Santiago Calatrava appears to have surpassed both of them in creating costly design problems. He has probably set the gold standard for design mistakes and cost overruns. Even with his often radiating aesthetic brilliance, this is not a legacy to be cherished.

However, the greatness of Calatrava's spectacular designs may be worth their added costs.