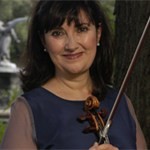 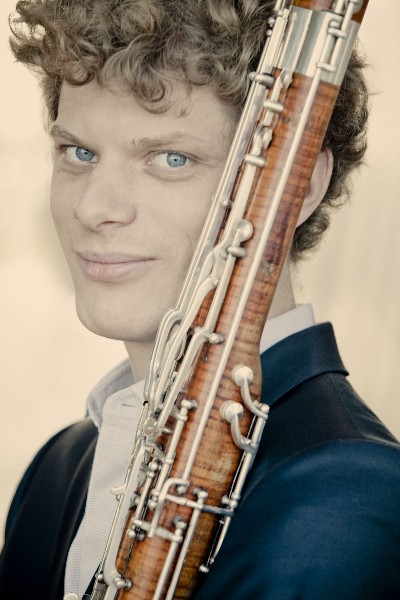 Bram Van Sambeek and his oboe.

The Chamber Music Society of Lincoln Center opened its fall season with a program of serenades.  “Come to your window and I will serenade you” is only one version of this musical form.  At the courtly time of Mozart, serenades were composed for casual social occasions.

Mozart composed many serenades, but only one in a minor key, and this was up first.

One of the delights of putting yourself in the hands of Wu Han, the brilliant and warm co-artistic director of the CMS, is her impish delight in music.  Yes, she will open her season by courting the audience, but with a serenade in a contrarian minor key. Wu Han is going to disrupt, surprise, make sure attention is paid.

And you can’t resist.  Over a hundred twenty first-rate musicians are on her roster, and this evening, we were treated to 18 of them, four completely new to the CMS.  While the CMS artists on the roster for years always stun in performance, the four debuts were particularly noteworthy.

Benjamin Beilman sang on his violin.  James Austin Smith, a master on the oboe, gave us a more complete picture of his musicality in program notes.  Romie de-Guise-Langlois enchanted on the clarinet, often saucily leading the group.   Bram Van Sambeek hit those B flats with surety on his bassoon.  All these newly-minted CMS performers showed why they so richly deserved their appointments.

The Mozart starts not with the prescribed march, but with a few stark notes, the rasp of an oboe, subdued clarinets.  Rhythms are impatient.  While the slow movement is sweet, the minuet is a hotbed of discord.  Oboes and bassoons doubled in octaves; the second oboe answers the first, the first bassoon the second.  At the end of the last movement the key changes to major.  Was all that went before the joke?

If we got Mozart wild, the Kodaly was wilder.  Kavafian sister Ani took it to her violin, swooping, scooping, buzzing like a bee, but always the melodic line clear to hear. Bieler, also on the violin, and Neubauer on the viola played no second fiddles.  All of them showed how ecstasy is spelled in Hungarian.

The Strauss serenade that followed jump started Strauss’ career at twenty.  How much he would have loved the lineup on the horns:  all women.  What would his opinionated wife Pauline have made of them, these feisty four making Strauss come so alive.

Thirteen performers were on stage for the Strauss, doubling flutes, oboes, bassoons, clarinets, 4 horns and a contrabassoon.  Thirteen again for Dvorak but subtracting some winds, and adding a cello and double bass.  Serenades traditionally began and ended with a march, which the musicians played as they came in and out of the performance venue.  At last we have a march as the Dvorak starts.

Kodaly gathered Hungarian folk tunes with Bartok.  Dvorak plucked his out of the air. A delightful dance and then a deeply felt slow movement, before the rum-pa-pa plied us from our seats to talk to exuberant musicians meandering in the hallways post performance.

Beware Wu Han, seductress supreme.  She understands our craving for intimate experiences in a world where so much contact is just the opposite.  She announced that she will come to your home live streaming and in CDs.  She will deploy whatever tools she has.  But don’t make her work so hard.  The Alice Tully musical experience is uniquely personal and gives such great pleasure.