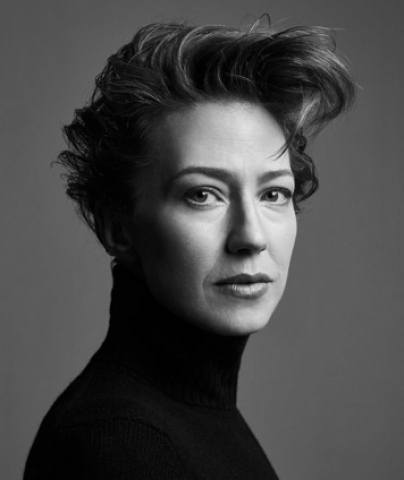 Amy Herzog's justly acclaimed 4000 Miles tucked comfortably into a oriental rug shop for its production in Denver.  The relationship between a grandmother and her grandson was mysterious and moving.

Herzog's new play, Mary Jane, has these qualities, but it is more silent, and more ominously expectant.

In the hands of director Anne Kauffman, the serial nurses who attend Mary Jane's small son at home, in his out-of-sight bedroom, move repetitively and smoothly through the front door.  One is distinguished as the mother of a grown daughter, whose visit is the only mood change of this piece.  The college student asks frankly what is wrong with Alex. Everyone remarks on Alex's great blue eyes and full head of hair.  Mary Jane reports that he had to have his first haircut at when he was three months old.

We do not know what ails Alex, but it is serious, and the rasping and bells of the machines in his room often interrupt the quiet outside.

Herzog wanted to capture the world of a single parent who is faced with unimaginable difficulties without much help.  Her boss, who we meet only on the phone, has to finally can her because she is absent so often while tending her son. When Mary Jane asks for her medical benefits to continue, the request is granted.

There is a curious peace in the household, even when emergency buttons are pushed. It comes from the numbness we feel when we have to rise to crisis moments.  I did not even know what had happened to me when I lay with a young cousin in the cystic fibrosis ward of Columbia Presbyterian Hospital. Although he could not breathe, he was refusing oxygen because he knew this was a sign that the end was near. I didn't think about what was going on as he lay in my arms.  A young person dying is beyond words.  This is where Mary Jane finds herself.

Carrie Coon, Tony-nominated for the role in the recent Broadway production of Who's Afraid of Virginia Wolff, captures the title role's competence and sense of urgent mission perfectly.  Where words cannot possibly help the situation, Coon fills in the spaces with evident feeling.

Mary Jane has fixated on getting music therapy for Alex. It is a meaningless activity.  Youtube on a cell phone would accomplish the mission perfectly.  Yet when your child is dying before you, it is easier to think that music therapy is the most important thing in the world than to fix on what is happening.

One of the most moving interactions is between Mary Jane and an Hasidic mother of seven who sits in a hospital wait room with Mary Jane and comments that it's too bad Mary Jane doesn't have more support.  Yes, the other child has been visited by many members of the community, but Chaya adds, her sister has been disappointing.  Susan Pourfer is sympathetic and strange in the role.

The play's strength and weakness reside in long stretches of numbed silence, in which the audience has time to digest what is happening.

Anne Kauffman has directed a difficult and moving play.  Language which is so important in Herzog is tended carefully by all the actors.  Spaces between words, when what is spoken cannot convey feeling, are beautifully wrought.

Herzog is a major force in creating unusual pictures of America today, which are both funny and disturbing.  The New York Theatre Workshop brings her new play to rich life.