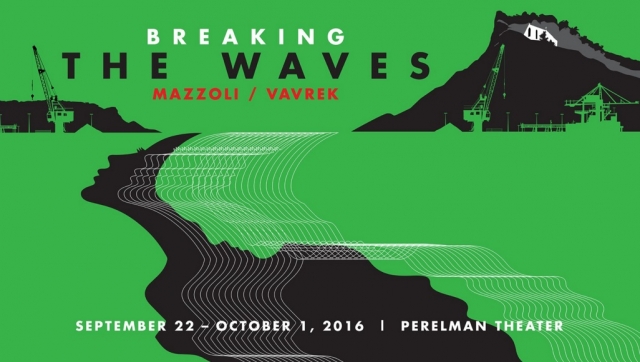 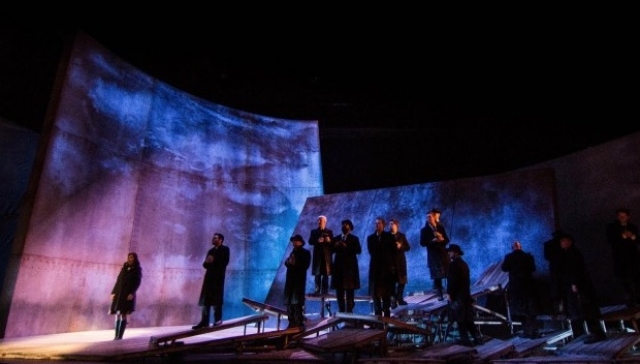 Bess set against the church elders and patriarchy 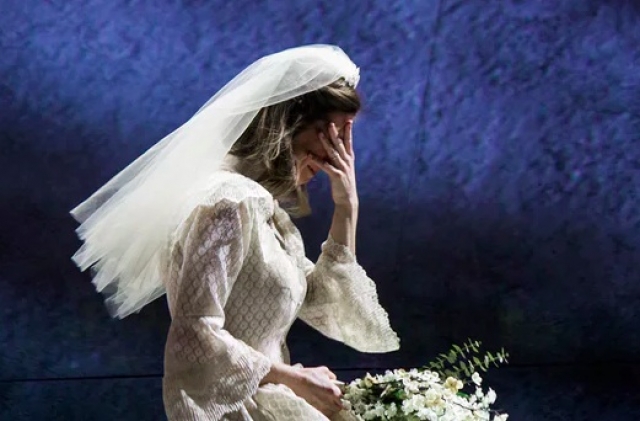 Bess about to be transformed 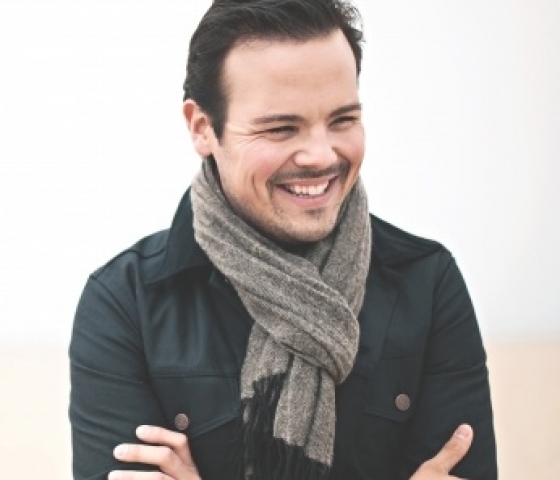 Opera Philadelphia, a leading US opera company, is presenting Breaking the Waves, an opera in its world premier at the Perelman Theater of the Kimmel Center in Philadelphia. A preview of the music and comments by the principals was held at the Works & Process program at the Guggenheim Museum in New York.

The star is the score by composer Missy Mazzoli.  Based on a scoreless film of the same title by Lars von Trier, the question for the telling of a disturbing story about goodness is, why music?

Mazzoli provides the answer. She creates lush harmonies and startling dashes in the arias. The Bass drum rumbles when evil lurks. The xylophone tinkles and the harp is often celestial. All of these sounds together form a message of essential goodness in a cruel world. Mazzoli's technique of holding the final note of a phrase gives the listener both anxiety and pleasure.  We want the beautiful tones to last forever and at the same time wonder why they do.

Although the absence of bells in the village church and their triumphant peeling are brackets for the film and the opera, the film has no music until they peel. Mazzoli, in drawing a deep picture of the emotional texture of the tale, and also suggesting the countryside and sea, has brought different colors to what becomes the cinematography in the film.

There is no suggestion of the Isle of Skye on the opera stage.  The evocation of the atmosphere of the place is left to the music, and Mazzoli paints with notes and phrases.  Steven Osgood conducts to detail all the subtle and broad sweeps of the composer.

Von Trier, once known as Europe's leading misogynist, took a turn as he began to work on Breaking the Waves.  He embraced the Catholic faith and opened up to his feminine piece.  He counts both Bess, and her sister-in-law Dodo, as projections of this aspect of himself.  Patriarchy is represented by the elders of a rigid church, portrayed in earlier films by Carl Dreyer and Ingmar Bergman. This morality presses down on the female side of society, the emotional and expressive.

Women in the earlier films are martyrs.  Now Bess is both martyr and transcendent.  Mazzolli captures these states in the score, which is both strong and feminine.  Even the harsh notes come from despair and confusion, coldness and not deliberate cruelty.

Yet they disturb.  How far will women go to make the lives of the people around them better and more hopeful?  Immediately Alban Berg comes to mind.  Marie in Wozzeck does not measure the father of her child accurately.  Lulu dies in very much the same way Bess does: compelled into the hands of a murderer.  These composers understand and like women, but consign them to the cruelty of male patriarchy.

Mazzoli's work, with her librettist Royce Vavrek, grows out of these traditions and is enhanced by them.  Director James Darrah helps move the plot forward into a moving area for feminist debate.

Curiously, the role of the Dr. Richardson, sung by David Portillo, is the most real character.  Portillo's music and delivery are warm and lyric, and he captures the complex role with seeming ease.

Jan, Bess's husband, sung strongly by John Moore, is in the real world of oil drilling, but particularly after an injury that leaves him a paraplegic, he too becomes a type representative like the other roles.

Eve Gigliotti as Dodo has a gorgeous mezzo. She evokes the dilemma which such compassion that you want her to sing her tra-la-las forever.

Keira Duffy tackles the subtle and difficult role of Bess with a rich arsenal of acting techniques.  Her voice often floats in a spiritual quest. She can also dig deep to express confusion and anguish.

The bells of the von Trier film also ring out at the end of the opera.  Now they have been underscored by the colorful and spiritually rich score by Mazzoli.

Opera Philadelphia is leading the way in America, as it presents adventuresome new operas by contemporary composers exploring subjects of interest.  Breaking the Waves is the most ambitious in its complex subject matter.  The director, composer and librettist have joined forces to present a wrenching work which is very much embedded in opera tradition, but stretches the form musically and dramatically.