Seven Decades of a Legendary Career 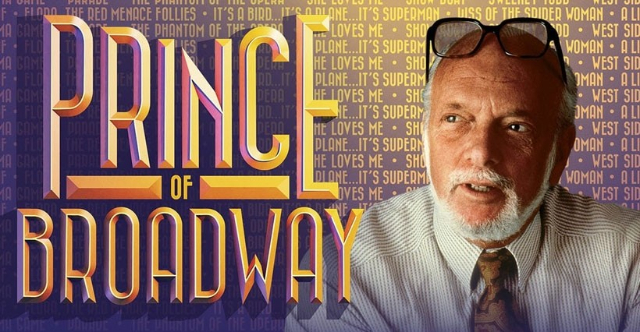 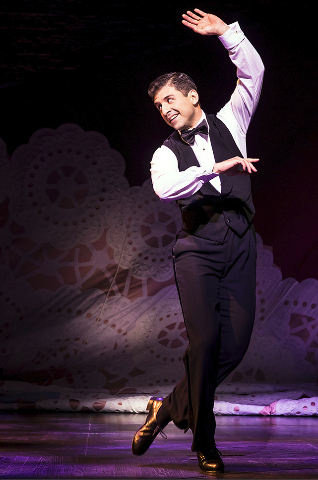 Tony Yazbeck in a scene from Follies. Matthew Murphy photos. 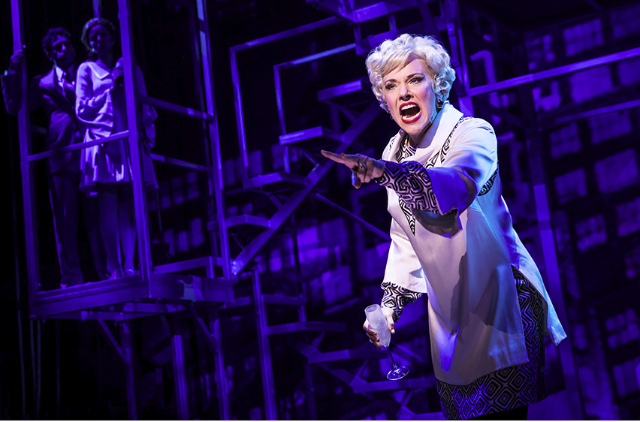 Emily Skinner in a scene from Company 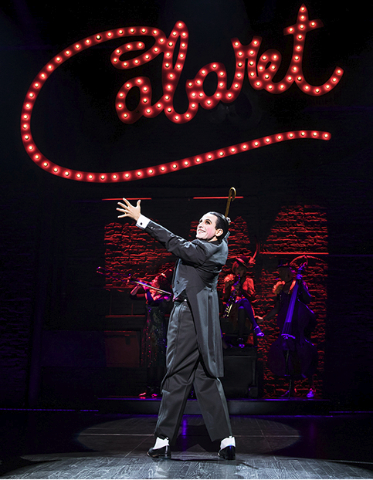 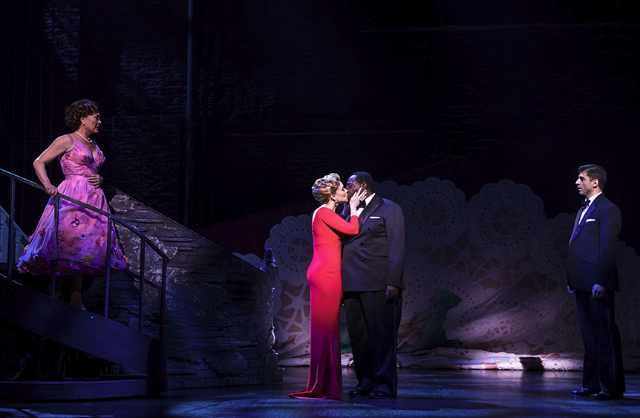 A scene from Follies. 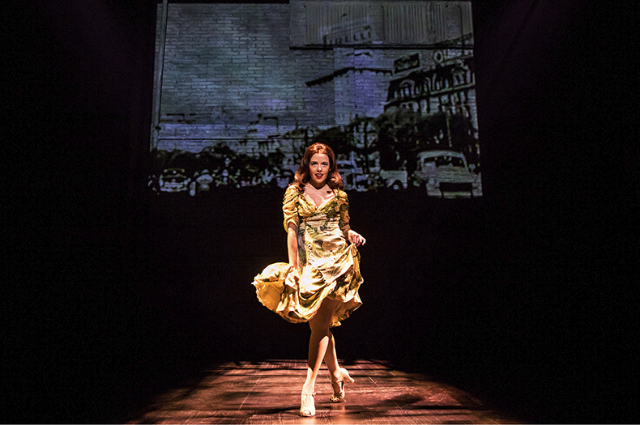 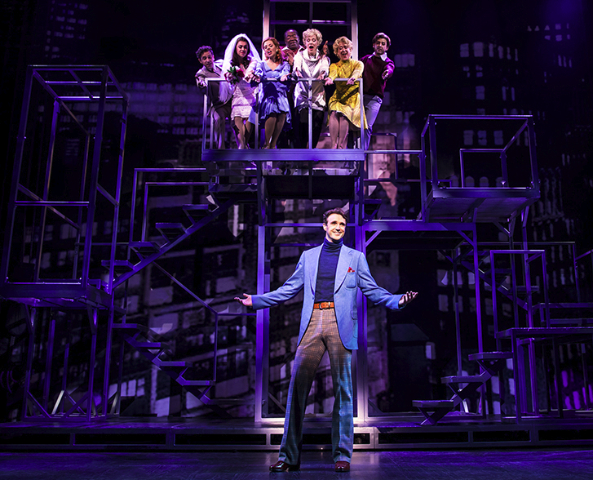 Hal Prince is Broadway royalty in every sense.

After winning a record 21 Tonys for producing or directing (and sometimes both at the same time) many of Broadway’s most popular and critically acclaimed musicals like West Side Story (1957), Fiddler on the Roof (1964), Cabaret (1966), Company (1970), Follies (1971), Sweeney Todd (1979), Evita (1979), and The Phantom of the Opera (1986), the latter still up and running after 30 years – that the return of Prince to The Great White Way with Prince Of Broadway, a compendium of his greatest hits, would have been a shoo-in.

Not so! With making money as the bottom line coupled with a proven lack of box office heat for retrospectives for composers, directors, and choreographers – both Sondheim on Sondheim (2010) and Jerome Robbins’ Broadway, the 1989 Tony winner for best musical were money losing ventures – would-be producers, even those that have worked with Prince over the years, were not clamoring to back this tribute.

It appears that $ 13 million, as two sets of producers said before they quit, was too big a nut for to crack. Especially problematical was the excessive set changes involved – one for each play represented – which would make traveling the musical to other cities where money is made, a virtual nightmare. Consider that when Follies opened on Broadway in 1971 it was the most expensive musical ever. The cost was $800,000.

Today Broadway audiences  have to shell out big bucks. They love musicals, and will fork over for super stars like Bette Midler. Advance sales for Hello Dolly were in the mega millions, some forty to be exact. Let’s face it, memories are short, and after being actively away from the Broadway scene for ten years – Prince’s major hits, other than Phantom (1986) date to the '60s and '70s. In show biz that's a lifetime.

His last Broadway directorial project, produced as a limited run by the Manhattan Theatre Club at the Biltmore Theater in 2007 was Alfred Uhry’s LoveMusik.

If known at all by millenials Prince has been relegated to the  dust bin of yesteryear.

Prince lovers, however ancient need not as Manhattan Theatre with additional funding from Gorgeous Entertainment Inc, The John Gore Organization, James L. Nederlander, The Shubert Organization, Kumiko Yoshi have come to the rescue. Also on board credit wise are Umeda Arts Theater, Tokyo Broadcasting System Television, and Amuse, all Japan based originating producer. Two tryout productions were mounted in Japan in 2013. It has rescued the 89-year-old Prince and his Prince Of Broadway at The Samuel J. Friedman Theater. This 2 ½ hour musicals stars nine award winning actors. Prince  chose from seventeen of his favorite musicals. It opened on August 24 and closes on October 29.

Unfortunately, the weak link of the evening which overshadowed everything good was a mediocre book by David Thompson. It provides little insight to the artist or man. Where was his wife of 55 years or two children, while he husband and father was building a legendary.

What we do get in the way of story, dropped in between the musical’s 35 songs, are a series of dinky biographical snippet. It is a laundry list of ‘Prince did that and then he did this’ delivered by cast members playing surrogate to The Great Man. To make sure that the audience gets comfortable with this conceit, all of mostly black and white costumed actors, each adopting Prince’s well-known signature, are made to wear a pair of glasses perched atop their heads while dispensing Thompson’s tidbits.

After a less than exciting overture, and a barrage of flashing titles of trumpeting Prince most famous productions, the action begins with actor Brandon Uranowitz approaching the lip of the stage. Facing the audience he boldly announces, “My name is Hal Prince. I’ve been directing on Broadway for seven decades.”

Though the overture was a predictable sampling of iconic songs, a greatest hits trailer, it did wake me up. It even brought on some eye-welling tears, as memories of the iconic actors who starred in the original Broadway musicals, and in some cases its filmed versions, came flooding back.

First to enliven my senses was the late great Elaine Stritch singing “Here’s To The Ladies Who Lunch” from Company followed by another late great, Glynis Johns singing “Send In The Clowns” from A Little Night Music, and of course, Angela Lansbury, now 91, singing just about anything from Sweeny Todd. And then the many wonderful songs of Follies, "Could I Leave You?", "Being Alive", "Losing My Mind," and "I’m Still Here," came sauntering by.

The co-star of the Prince Of Broadway is the 87-year-old Stephen Sondheim, Prince’s longest-lasting collaborator. For the record Prince’s favorite musical, according to a recent interview, is Sondheim’s Follies.

Often  we find ourselves confronting details again and again.  In  theater I am thinking of theatrical revivals in general, and specifically the resurrected songs and scenes in Prince Of Broadway.  Can standards yield new life once they have entered the Great American Songbook? a.

For the most part the answer is no. For as talented as the actors are, and as hard as they tried, most were unable to erase, overcome, or even temporarily stall my memories of iconic performances.

I have never seen a revival, musical, or drama, no matter how brilliant, better than the original. Equal? Yes! Different? Most Definitely! But Better? Well, that’s highly debatable.

In all fairness, part of this failure of the Prince Of Broadway actors to fully impress, or for that matter make the songs that they are singing come alive, is that every standalone number in Prince Of Broadway is out of context. Kidnapped from its own history, with nothing to connect these fast-moving songs and scenes to its overall plot, with no past or future to clutch onto, we get a smorgasbord of songs and scenes rather than a full  meal.

On the upside, two incandescent performers on the night that I saw Prince Of Broadway managed to run away with the show. Tony Yazbeck’s breathtaking "The Right Girl" from Follies – is still inside my head. Yazbeck was able to emotionally tell a whole story of love and loss. Beautifully choreographed by Susan Stroman, Yazbeck’s exhilarating star turn was the longest number in the show. Every time I thought "The Right Girl" was coming to an end it was reborn. The audience went nuts.

Equally compelling was Karen Ziemba's  "So What?" from Cabaret. It is a sad song of resignation that goes right to your heart. Playing Fraulein Schneider and looking a lot older than she really is thanks to Paul Huntley (hair and wig design), Angelina Avallone (make-up design) and William Ivy Long’s Costuming – Lotte Lenya was the first Schneider in the 1966 version of Cabaret. I consuled the program to see who this actress was.  Now that is acting.

I would be remiss not mentioning the names of some of the other talented actors who supplied the best side dishes to Yazbeck and Ziemba’s main meal star turns.  Standing out was Janet Ducal’s rendition of "Buenos Aires"and "Don’t Cry For Me Argentina from" Evita, and Emily Skinner, in fine trifecta form, singing "Now You Know" from Merrily We Roll Along, "Send In The Clowns" from A Little Night Music, and the "Ladies Who Lunch" from Company.

Surprisingly unpleasant was Chuck Cooper’s rendition of "Ol’ Man River" from Showboat. Cooper appeared to lack the presence, the voice, and the gravitas needed to pull it off. Equally subpar was Cooper’s rendition of "If I Were A Rich Man" from Fiddler On The Roof (1964). Here, Cooper lacking the both the presence and comedic timing of both Zero Mostel or Herschel Bernardi, obviously going for laughs, supplied a lot more humor and bodily muggy than the role required.

Equally off putting – perhaps condescending is a more accurate word - was the musical’s cheesy Hallmark self-help ending. Trying to give an uplifting message to all that we just saw – no doubt after running out of ideas– the full cast assembled to sing "Do The Work," an original song with music and lyrics by Jason Robert Brown. Here the audience was counseled, with a nod to Prince’s own work ethic, to “Do the work. Get it done. When you’re finished, you start the next one. Will it last? Will it count? Time will tell. Fill the space. Do the work, pal, And do it well. How this less treacly signoff passed the muster of both Prince and Stroman is beyond me.